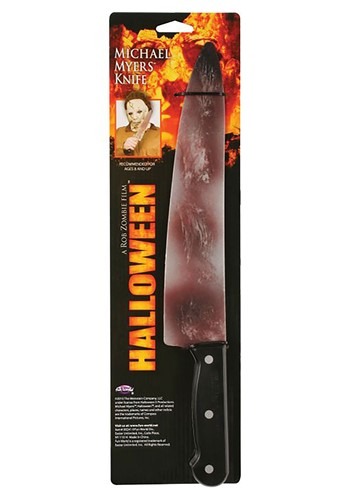 Michael Myers just won't die. No matter how many times he seems to kick the proverbial bucket, he shows up again ready to wreak more havok. Dr. Loomis threw him off a building, but he picked himself up off the cold ground. Laure Strode shot him with a gun, but he shrugged it off (after a good breather). They blew him up inside of a hospital, but he must have had access to emergency medical equipment. They tossed him down a mine shaft, but he must have pulled himself out with the miners' existing pulley system. They...well, you get the idea. We aren't sure how he does it, but that's part of the allure of Michael Myers: his resilience in the face of adversity. Okay, okay, we're kidding. His allure is his seeming invincibility, which leads to more and more of his knife glinting in the moonlight. It's the formula that has made Halloween an iconic horror series.

If history repeats itself, Michael will be mosying around again soon. Last he took a little break, he was separated from his knife! As distinctive as that white mask and those dark coveralls, Michael needs his knife. We know he'll be laser-focused on getting it back. We, erm, don't want to hang onto it? Would you please keep it...safe? We would love to keep it at the office, but we're just so busy with the costume season looming. What was that? Why don't we keep it locked up, you ask? Look, we can't really discuss this at length; we just need this official Rob Zombie Halloween Michael Myers Knife gone. It's really cool, but don't go brandishing this bad boy around town. We think it would be best if you lay low for a couple weeks. Good luck this Halloween, my friend!