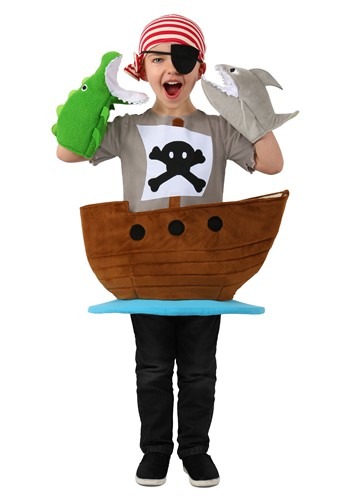 Jack O’ Lanterns, cotton spider-webs, and flickering lights decorate the neighborhood. There’s an excitement rustling through the leaves, as if the trees themselves have come alive. As the sun begins its dip toward the horizon, a jangling sound can be heard. It mingles with the chatter of the first trick-or-treaters and chills a suddenly howling wind. A child, dressed as a skeleton, shivers and asks their neighbor, “what’s going on?” The neighbor drops a handful of candy into the child’s pumpkin bucket and breathes, “Captain Candy Catcher.”

The news carries from house to house in a flash. More porch lamps flicker to life. Children sense a change in the air. Instead of single hard candies and bite-sized chocolates they’re offered golden-wrapped chocolate coins and king-sized bags of sweets. It’s been 20 years since Captain Candy Catcher was about, the neighborhood had prepared for their return. But the sweet-tooth of a pirate had grown up, moved away, and even given up their ways of a candy hunting—who could this new pirate be?

After a few years spent in different seas, collecting lesser treasures (like erasers and fortune cookies) Captain Candy Catcher Jr. is ready to return to the candy route their parent grew away from. In this Pirate Ship costume, your child will be ready to sail the old streets and collect the sweetest treasures. They’ll prove their mettle with a couple of sea-monster companions controlled by their own hands. With their striped bandana hat and eyepatch, they’ll look the role of a fearsome pirate without the need for the scallywag attitude. Their ship is ready to carry as much candy treasure as is available so set sail with your child this Halloween for a high seas adventure!