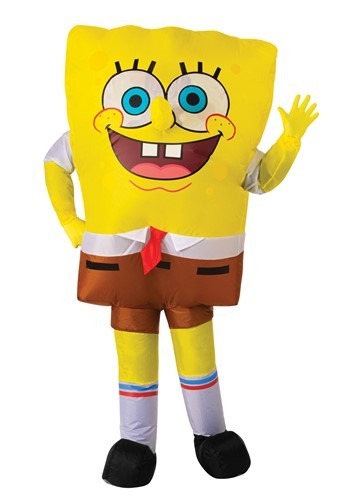 The Life of a Sponge

We could all learn a little something about life from SpongeBob SquarePants. You might think he's a simple little sponge who just spends his days frivolously chasing jellyfish with his best friend, but there's actually a lot more to this sponge than meets the eye. For one, he's a dedicated employee who works hard at his job. This guy has some serious work ethic, such as manning his post when the Krusty Krab was overrun by anchovies and refusing to give up the secret ingredient to the Krusty Krab when Plankton was trying to control his brain. He definitely deserves his 47 consecutive employee of the month awards!

But SpongeBob also knows the importance of relaxing with friends. He faithfully takes care of his snail and works to be a good neighbor, even if Squidward doesn't always appreciate his spontaneous slumber party attempts. In a world of Squidwards, we should all try to be a little more like SpongeBob!

You'll be ready for anything, whether it's a shift at the local burger joint or a day full of jellyfishing, with this SpongeBob SquarePants Inflatable Adult Costume. This inflatable costume looks just like the classic cartoon character and includes his square body, a white collared shirt, a red tie, brown pants, blue-and-red-striped socks and black shoes. Of course, it also features SpongeBob's classic grin and yellow complexion, from his face to his arms and legs. There are plenty of costumes out there that help you dress up like Spongebob, but there are precious few that can offer SpongeBob's actual square shape! (The costume is inflated by a battery-operated fan, which requires four AA batteries that are not included.)

You'll definitely have some fun at your next costume party with this SpongeBob SquarePants Inflatable Adult Costume! If you want to really have a good ol' time, make sure to bring Patrick and Sandy with you!