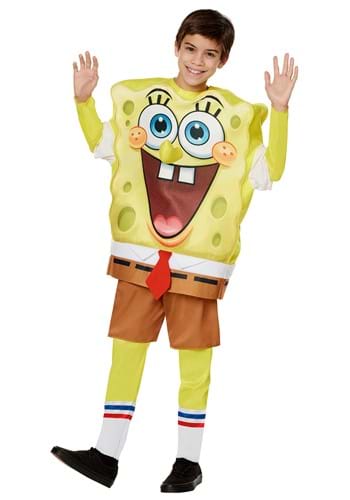 It’s Hip to be Square

We’ve all heard of the nickname “square” for someone who’s supposedly uncool or a bit odd. But we think that couldn’t be further from the truth. Just look at SpongeBob! He’s as square as they come, but he’s super fun! He’s got a ton of friends who love hanging out with him, a loyal pet snail, a thrilling job at the Krusty Krab, and he even lives in a pineapple! Do you know anyone else who lives in a pineapple and is friends with an astronaut squirrel? What about anyone else who catches their own jellyfish to make homemade jelly? Or who acts as a substitute superhero when the legendary Mermaid Man and Barnacle Boy are on vacation? There isn’t anyone else like SpongeBob in the whole ocean, or anywhere else, for that matter. So while SpongeBob might be a bit square, he’s also pretty cool!

We totally understand why you want to dress up like SpongeBob SquarePants, but we also understand the anatomical difficulties of such a dream. After all, you’re not a sponge, so your body isn’t square. And how can you really embody all of SpongeBob’s coolness without the square body? But don’t worry, we’ve got you covered with this Child SpongeBob SquarePants Costume. The costume comes with SpongeBob’s famous square body, including his smiling face. There’s also an attached red tie, white shirt, brown pants and black belt, along with sponge-colored legs that end with SpongeBob’s striped socks.

Now you can really imagine being SpongeBob and not feel like an imposter in a not-square body. Next step, finding a giant pineapple to live in…

Please reference the size chart for this SpongeBob SquarePants costume to see which size would fit properly. If you have any additional questions you can also look at out costume sizing tips page!