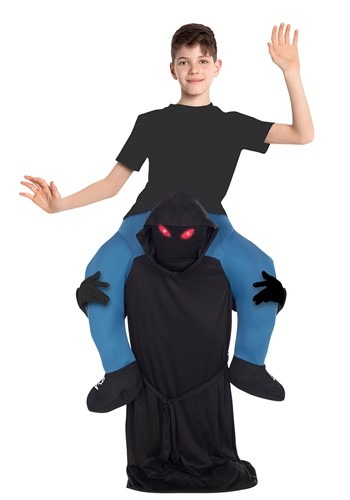 When you found out there was a ghoul in your attic, excited is not the word you would have used for how you felt. Your child, however, showed an odd amount of glee. You figured they thought it was cool because they love Halloween and they’ve always been fascinated by ghosts. But you’ve heard them discuss the differences between ghosts and ghouls with their friends. They always explain that ghouls are terrifying monsters that like to hang out in dark places and torment people. You couldn’t imagine why they were so pleased to learn there was something so sinister living above their bedroom.

Then, late one night, you heard giggling. Never a great sound after 3 am, you got out of bed to investigate. The sound was coming from the attic. Nervously, you climbed the stairs and opened the attic door. You weren’t expecting to find your child sitting with the ghoul playing a video game and sharing a bag of chips, but that’s exactly what was going on. Apparently, your child made friends with the ghoul; they had already planned sleepovers, playdates, and most importantly their Halloween costume.

It didn’t seem you had a choice in your kid being friends with a ghoul, but at least they were making Halloween easy on you. They promised you wouldn’t need to decorate the house; the ghoul would just pop up in random windows or rustle the front bushes to spook passersby. For their costume, they were going to pose as a Piggyback Costume. With your child riding the shoulders of a ghoul, they’d be able to trick-or-treat to their heart's content and neither one would get too tired (ghouls have endless energy and strength, being undead). To really sell the look they added a pair of battery-operated red glowing eyes and planned to stuff their pant legs for the signature look of a piggyback costume so no one would be too frightened to give them candy.

Whether your child is ready to befriend the undead or they just want a spooky Halloween costume, this Ghoul Piggyback Costume will get them ready for a ghoulish night of trick-or-treating. They’ll impress as a tamer of the paranormal and help keep the attic clear from any ghostly visitors!