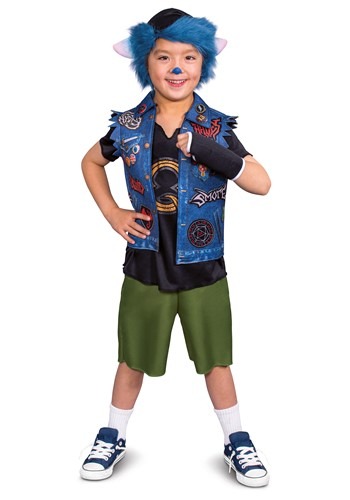 It takes a really insightful kiddo to recognize that there is some magic in the world, even when everyone else is sure that there's nothing to be seen. Who else is brave enough to set out on the adventure of a lifetime to find the bits of magic that folks have forgotten? Such is the tale of Barley and his brother. Sure, unicorns might be running down the streets and the local pixies might be hard to avoid... but that doesn't mean they still have that necessary spark of life to keep things interesting.

Barley, on the other hand, is ready to prove to everyone that there's still something amazing in the world. Is it because he's a bit of a wizard, too? Well... maybe not. But there's definitely something to say about a guy with unlimited energy and the will to travel to unknown locations just to grab the shining treasures that lay in wait. Maybe in the real world, that's going to be limited to the choicest of candies, but that's still a pretty worthy quest, we think!

Bring the Disney epic out of the streaming screen and into the real world when you let your tyke dress up in this officially licensed Deluxe Barley costume from Onward. The ensemble includes a pair of green shorts and a pullover shirt with Barley's unique style of vest, too! The blue tufted wig shows off Barley's bright hair and big ears, too. All your kiddo will need to provide is the enthusiasm.

It looks like a few of the spells that we've been seeing have finally taken effect. Barley is usually quite a bit bigger, so we thought, but when your tyke climbs into this officially licensed Barley costume from Onward, it'll be evident that your miniature Barley is ready for some serious fun!