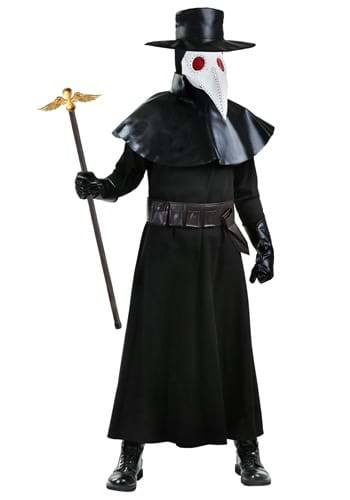 Can you imagine what it must have been like during the dark ages? You know, when the plague spread across Europe? If the black death happened today we'd see brightly colored hazmat suits hurrying through the streets. However, in the dark ages, doctors hadn't figured out the art of bedside manners and dressed in basically the scariest ensemble they could come up with. (Can you imagine a simple check up when your doctor is wearing this kind of getup)? Their mask had a dramatic beak filled with fragrant herbs to stop the bad air from sickening the physician. As a result, they looked a little like fancy gothic toucans. Turns out, the masks covering their faces may have been one of the only effective tricks in their book.

We have to hand it to those medieval doctors, at a time when they still believed that an imbalance of the four humors could make you ill, those masks were probably semi-effective. That is until the poor Doc was bitten by one of the many fleas that carried the disease, to begin with. We should all thank our lucky stars that we live here and now and not there and then. Personal hygiene hadn't yet been invented so those little fleas were easily spreading disease where ever they went. It was at once a very dangerous time.

It's no wonder that we still see plague doctors as a symbol of fear after all this time, the black death had a habit of visiting places again and again. Like a fear of spiders or snakes or clowns, the fear of these symbols has become instinctual. So whether you're dressing up as a Doc from the middle ages or a character out of a horror film, when you enter the room in this get-up, you're sure to see all of your patients run out.