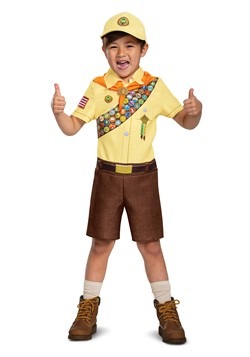 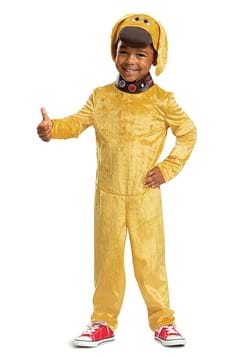 Whenever we think of movies that have really impacted us, we might have a bunch of different films that make the list. But we would be willing to gamble that Pixar and Disney movies make up a bunch of that collection! Of course, few can forget the opening moments of Disney's Up! It isn't often that we get to see an entire romantic comedy or experience a tragic end... all in the first five minutes! Of course, those tears carry us through the rest of the tale, from the grand adventure, the soaring heights, and the return home, too.

If you need a refresher, you might want to know that UP! started in 2004 when the idea first came to the production team. The story actually started with the idea of a flying house that helped folks escape the struggles of day-to-day life. Soon after, Carl Fredricksen was the grumpy grandpa that we were all destined to love. The story follows Carl after he loses his wife Ellie and struggles to keep their little home, even though the city wants to change around him. Soon after, he's forced into an adventure with Russel and the fluffiest doggo ever, Dug. Adventure and mishaps... as well as a curious birdo, Kevin... all bring the trio to the brink of disaster before they all have an expanded definition of family and home.

Well, if that little recap is enough to make your heart flutter, you will love looking through our growing collection of officially licensed Up costumes. Start off with a Russel costume and adventure your way into collecting an entire set of badges. Every cub scout will be jealous when they see your complete collection, especially when they realize that you've even earned the Ellie badge, the rarest of all Grape Soda signets!

Of course, you might need to bring in the heartwarming fun of Dug. One spinoff movie wasn't nearly enough. Bound into the fun and imitate his simple and adorable style when you pause your conversation midway through to announce the presence of a Squirrel or just let everyone know how much you love them. Then again, maybe you prefer the grumpy stylings of Carl. Grab a walker and grimace when you realize that you are going to have go to outside and hang with a bunch of adorable companions, even when you really just want to sit in your comfy chair and remember your past. If you're more interested in looking forward, the mother bird with a boy's name is a new classic character. Kevin! Surprise everyone when you suddenly are a feathered friend. Who knows? You might just be fun enough that you could be the House itself! Just make sure you bring enough balloons to keep you hovering around.