Top Trending Costumes of 2022 by Region

NORTH MANKATO, Minn., Nov. 23, 2022 (FUN.com) – The results are in for the Halloween costumes that took each US region by storm this year. There's no doubt that pop culture played a huge role in this year's costume selections. From New England to the West Coast, we saw the influence of movies and television on Halloween trends in 2022. Let's dive in and see what sold the most in each region!

The Sanderson Sisters are always a fan favorite during the spooky season. With the release of "Hocus Pocus 2" at the end of September, the demand for costumes resembling these child-hungry sisters exploded! Our Authentic Hocus Pocus Winifred Sanderson Costume for Women was this year's top seller in Rhode Island. This is not a surprise with the film taking place so close to home.

Things got a little Jurassic this season with the Adult Velociraptor Costume seeing a surge in popularity in Connecticut. Dinosaurs are always a fan favorite, and this costume leaves you feeling the urge to let out a big dino roar!

In the kid's department, the Girl's Dalmatian Costume was a big seller in Massachusetts. With the release of "Cruella" in May of 2021, people are still raving over the dalmatian aesthetic. We cannot blame them with how cute this costume is! Whether or not you are a dog lover, we can all agree they are beautiful animals.

With the release of the musical fantasy remake of "Pinocchio" in early September, children in the Great Plains took a liking to the 1940s Walt Disney classic. The Deluxe Disney Pinocchio Costume for Toddlers had Oklahoma kids living out their acting dreams this Halloween. We are sure every parent wished their child had a nose that grew when they lied!

Trending for men in Oklahoma this Halloween was the Lt. Dangle Costume from "Reno 911!" Who wouldn't want to dress up as this comic sensation played by Thomas Lennon—not to mention the amount of comfort and mobility those short shorts have to offer when patrolling the town.

The Women's Harry Potter Deluxe Hermione Gryffindor Costume, a FUN.com exclusive, took South Dakota by storm. Harry Potter-themed costumes are always a fan favorite, so there is no surprise that Hermione was such a huge hit in this region.

"Remember boys, no points for second place." Following the pop culture trend, the Top Gun Flight Suit Romper for Women was this year's top seller for women in Colorado. "Top Gun: Maverick" stole the hearts of many this year, and it was reflected in costume sales.

Kids were rocking the Minions costume this season in Utah! The Girl's Minion Costume comes with a cute denim dress, black gloves, a headband, and the classic goggles. Make sure to pack your fart gun!

The Authentic Captain Jack Sparrow Costume was a showstopper in Wyoming! This Made By Us exclusive will have you feeling decked out from head to toe. Your friends and family may even start referring to you as captain.

"Top Gun: Maverick" was a hit in the Mid-Atlantic as well. This region chose a different style of uniform as their top seller in Pennsylvania: the Top Gun Costume Dress. This costume dress is a classy and cute way to work out your contract.

Our exclusive Made By Us Deluxe Lion Costume for Adults was huge in New Jersey this year. Well sure, who wouldn't want to be a courageous lion? This costume is excellent for colder weather on Halloween night as well.

With the release of "Lightyear" in June, kids in New York went crazy for the Buzz Lightyear Deluxe Costume. This costume will leave your kids feeling like they can take on Zurg and his evil robots.

The Minecraft Enchanted Diamond Armor Deluxe Kid's Costume was a huge hit with many kids, but particularly kids in Florida. Who wouldn't want to dress up as their favorite video game character?

"Eevee, I choose you!" In the women's department, the Pokémon Eevee Women's Dress Costume was a big seller in Alabama this year.

The top seller in Virginia was the Ghostbusters Stay Puft Costume. Not only is this a great solo costume, but it is also a fantastic addition to any themed group costume. Gather all your favorite people and go as the Ghostbusters, the Stay Puft Marshmallow Man, and Slimer. You will be the talk of the town!

The West Coast takes their Disney seriously—and you can tell by their top Halloween costumes in 2022. There was a spike in demand for the exclusive Monsters Inc. Adult Mike Wazowski Inflatable Costume in Washington. This inflatable costume is a great conversation starter if, like Mike Wazowski, you love being the center of attention!

Kids in California lived in their own Wonderland with the Deluxe Alice Costume. This costume will have your child talking in riddles as they search for the Mad Hatter and the Caterpillar.

"Cinderella" is always a hit around the Halloween season, because many kids want to dress as their favorite princess. If you wanted to make your kids' dreams come true, you may have helped the Disney Adult Premium Fairy Godmother Costume rise to the top of the list in Oregon.

The Disney Junior series "Spidey and His Amazing Friends" made kids in Minnesota go crazy. The Spider-Man Toddler Costume had little boys protecting the neighborhood from the Green Goblin and Rhino. Hopefully Spidey did not have too much candy before bed, or he may have been up slinging webs all night!

With the recent release of the streaming series "A League of Their Own", Dottie stole the hearts of all viewers. No wonder the Women's A League of Their Own Dottie Costume was the top seller among women in Illinois. Just remember, "there's no crying in baseball!"

"Jurassic Park" has always been a huge hit, and this year is no different! The Inflatable Adult T-Rex Costume was this year's top seller in Michigan. This unique costume will have people asking for pictures with you all night long.

OH YEEEAAAH! Arizona took a liking to our WWE-exclusive Macho Man Randy Savage Costume this Halloween season. This costume will leave you feeling like the cream of the crop while you tackle the town.

"Transformers" made a comeback this year in the southwest region. The Converting Optimus Prime Costume allowed boys in Nevada to live out their dreams of being the Autobots leader. The way that this costume folds into a semi-truck was a huge selling point for all kids!

There are so many great costumes to choose from each year, and 2022 was no different. Each US region experienced a considerable influence from recent movie and television releases. We can't wait to see what you choose next Halloween season!

FUN.com, which also owns HalloweenCostumes.com, is the world's largest online-only costume retailer. Founded in 1992 out of a garage with 20 costumes for rent, the business exploded and now carries over 10,000 costumes on HalloweenCostumes.com. FUN.com carries over 20,000 items focused on everyone's favorite pop culture products. From Disney to Star Wars to Harry Potter, FUN.com has the perfect gift for any movie or TV series. 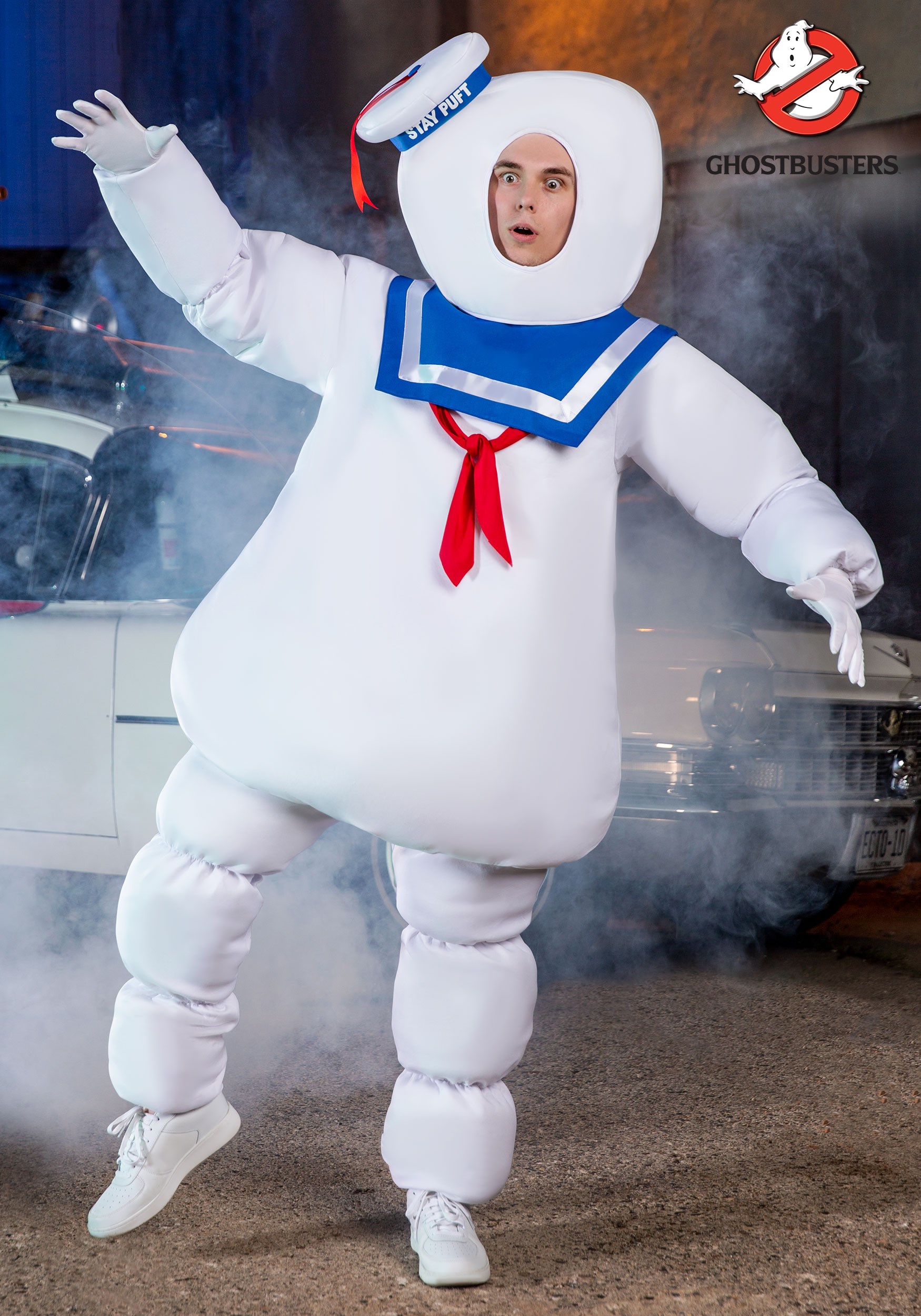 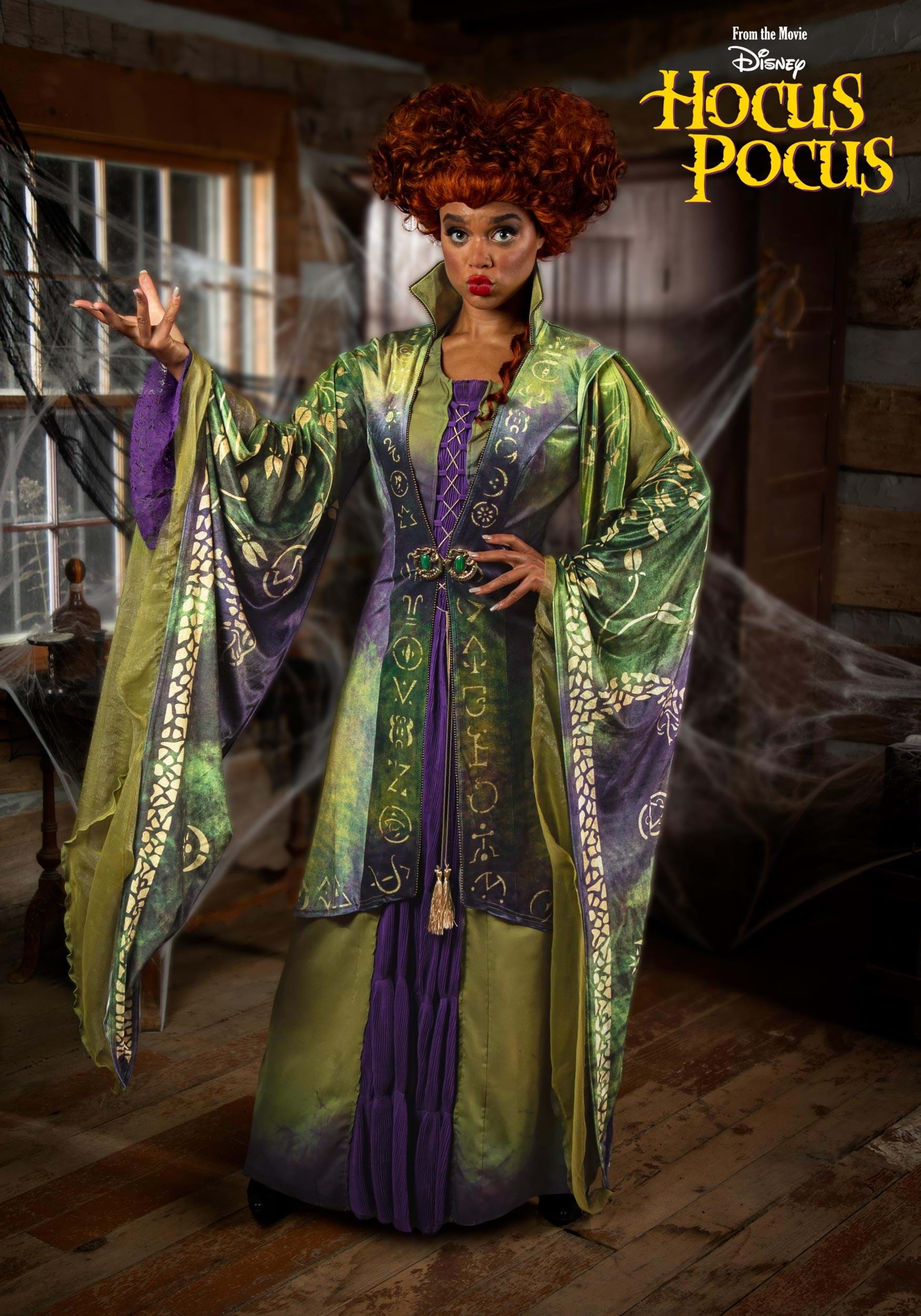 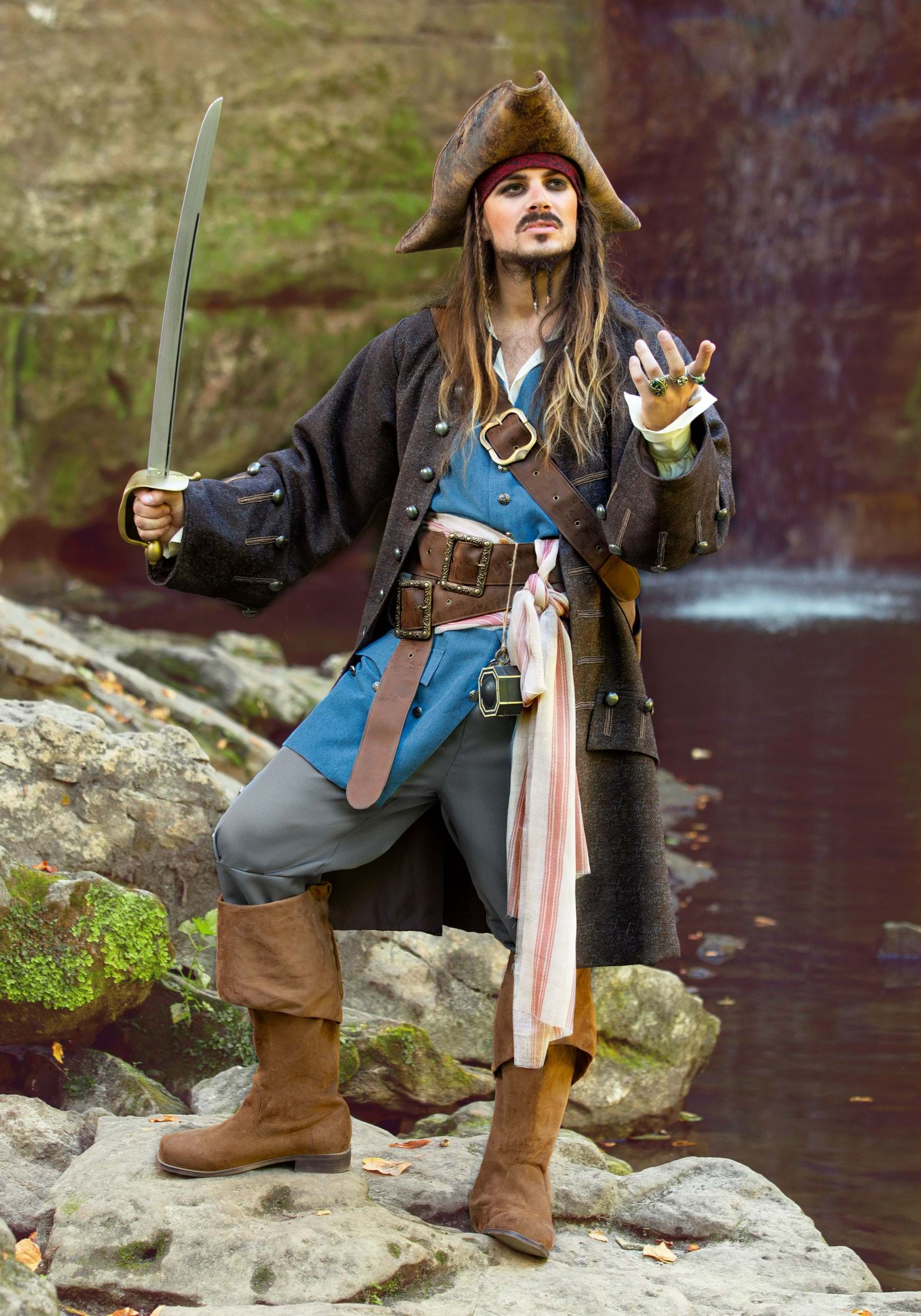 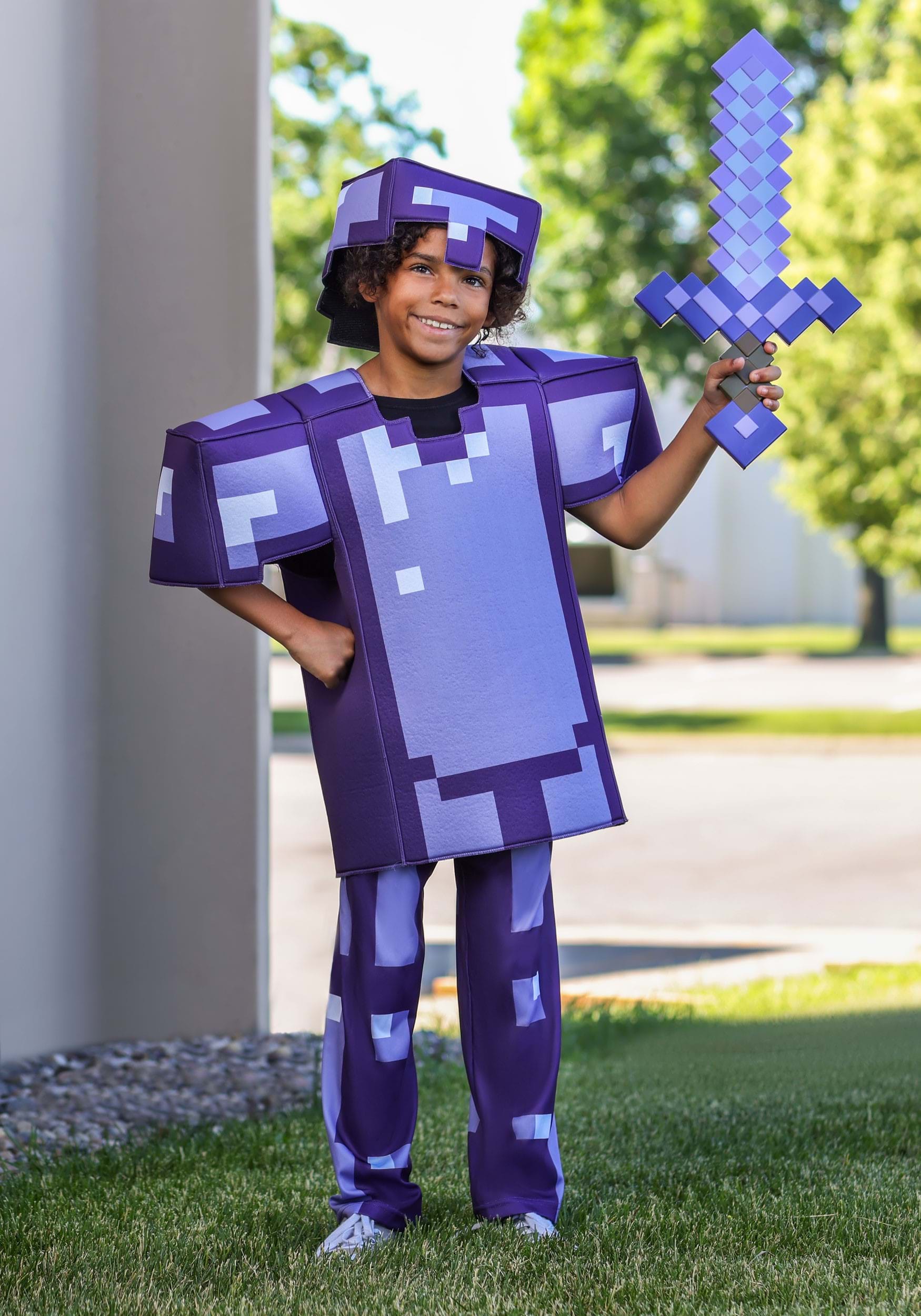