The Evolution of Batman's Costume

For more than 75 years, Batman has been one of the most iconic characters, not only in comic books, but in all of pop culture. The caped crusader of Gotham City is a favorite to many generations of fans and, with the re-launch of DC Comics’ cinematic universe, will remain in the spotlight for years to come. One of the most identifiable features of the Batman is the bat symbol that’s prominently displayed on his uniform. While we’ve gone over the evolution of the bat symbol over the years, the Dark Knight’s costume has undergone several other changes, as well. Here’s a brief evolution of Batman’s costume over the decades. 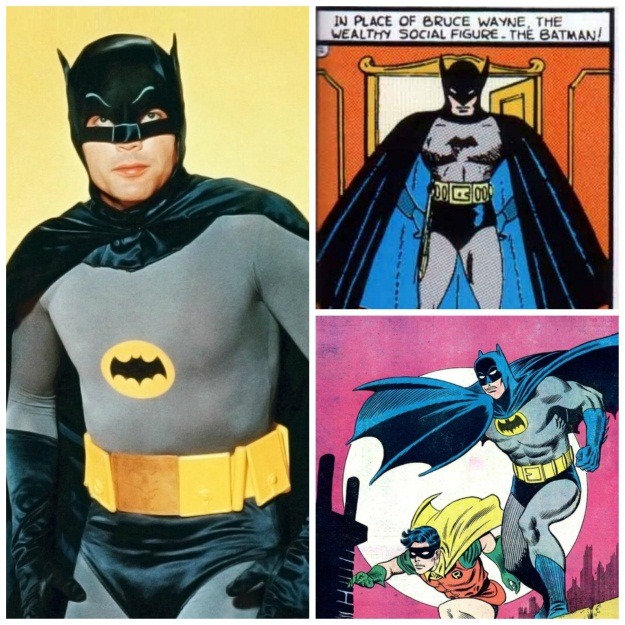 Batman made his debut in Detective Comics as one of a bunch of short stories in a collection. The first Batman costume featured a gray suit with blue or black boots, cape and cowl, and a bat logo on the chest. Throughout the early years, the bat design changed, but the colors were about the same. Then, in the mid-60s, the bat logo was updated with a yellow background in both the comics and the Batman TV show that debuted in 1966 and starred Adam West as Batman. His costume matched that of the new comics look with less blue. 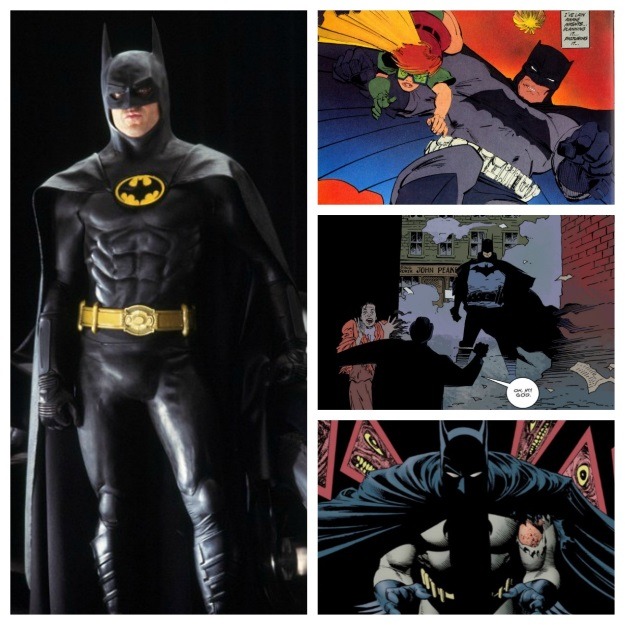 In 1986, DC Comics relaunched its entire comic book collection, leading to what most think are some of the best Batman storylines of all time. One of the most popular comics series ever continues to be the 4-issue series The Dark Knight Returns, in which Bruce Wayne, at a later stage in life, comes out of retirement to become Batman once again. The comics typically featured darker tones and the Batsuit featured more gray and darker blues. Another big development for Batman in the late 80s was a return to the big screen with Michael Keaton starring in Tim Burton’s Batman in 1989. Keaton’s Batsuit was nearly all black with the bat logo that featured the yellow oval background. 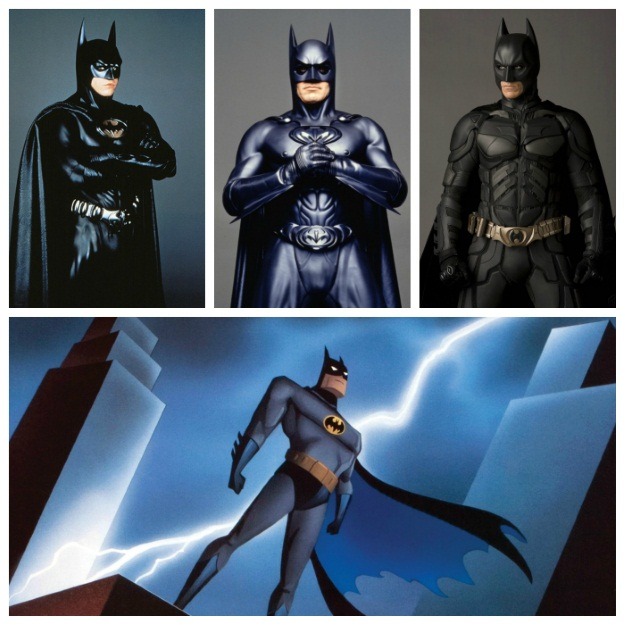 The early 90s saw one of the greatest superhero shows ever with Batman: The Animated Series, featuring several classic Batman characters, and most notably, introducing Harley Quinn. While Batman boomed on television, Batman in film took a turn for the worse. Tim Burton’s follow up to the first film, Batman Returns, did well, but unfortunately, Burton only returned on a producer level for 1995’s Batman Forever and the studio took a more silly and campy approach over the earlier movies’ darker tones. The Batman costume shown in the 1997 follow-up, Batman and Robin, is seen as one of the bigger jokes about these films because, well, it had nipples. 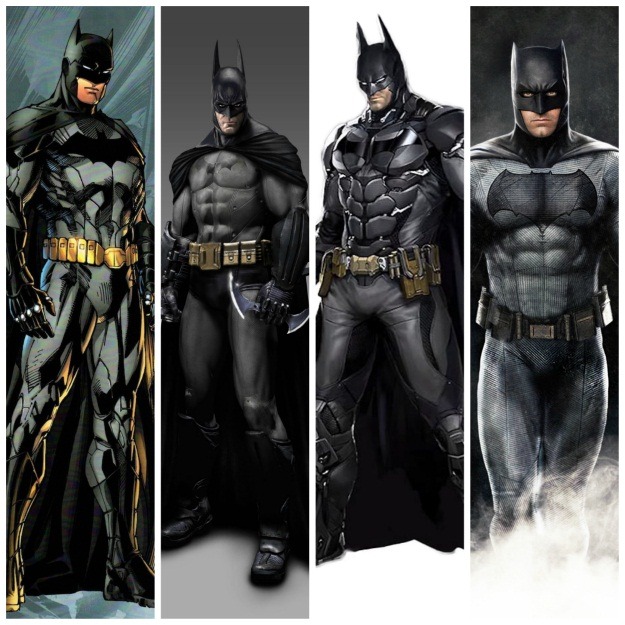 In 2011, DC comics decided to discontinue and reboot all of their comic storylines, resulting in 52 new comic book series. These comics, known as “The New 52”, began a new series of Batman comics that is still in circulation today. There have also been four games in the Batman Arkham series featuring a Batsuit very similar to the one seen in the current comics. Another thing that happened was, following the release of Man of Steel, Warner Brothers Studios announced that it was expanding its cinematic universe with 10 films and Batman was to be included in the next film, Batman V. Superman: Dawn of Justice. Ben Affleck was cast as Batman and pictures have shown him in a costume similar to that of the Dark Knight Returns comics, insinuating that he’s going to be an older Batman called back into action. He'll also be equipped with an armored suit to even out his battle with Superman.

Which Batman has been your favorite? Are you excited to see Ben Affleck bring back the role on the big screen in Batman V. Superman: Dawn of Justice? Whether you're into movies, TV, comics, or video games, there's no denying the caped crusader as an iconic presence in pop culture. If all this Batman talk has you itching to get your cape on, you should check out our selection of Batman costumes.