The Shield of Superman: The Evolution of an Icon [Infographic] 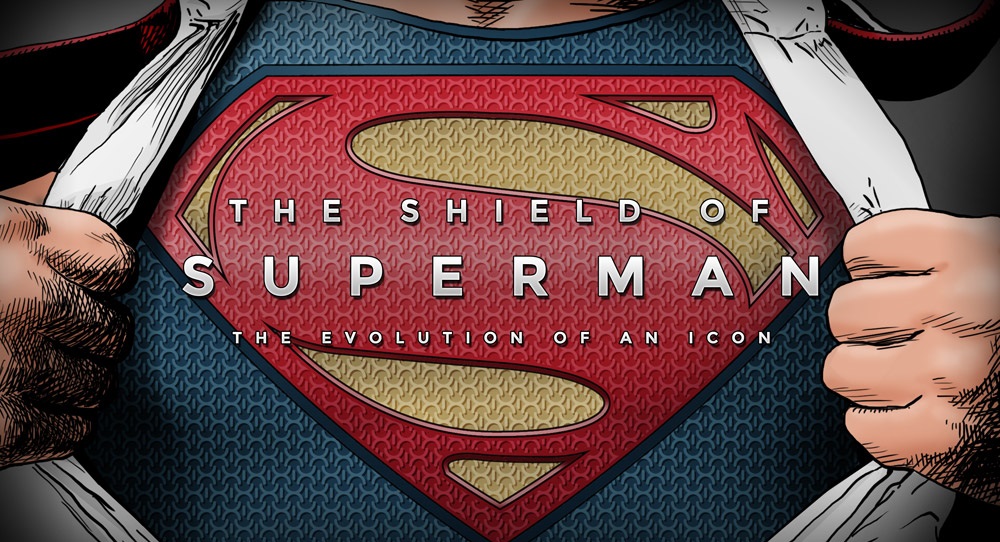 It's a bird...It's a plane...It's Superman! Superman made his comics debut in Action Comics #1 in 1938 and has since been one of the most recognizable heroes on the planet. Though Superman is so noticeable, Clark Kent does a surprisingly great job at keeping his identity a secret with a simple pair of glasses. Of course, he's also in street clothes and not his signature costume featuring his red cape and "S" icon on his chest. Though not much has changed about Superman's main costume, the Superman shield logo itself has undergone some altercations over the years. Our Superman infographic cover's the logo's various incarnations in both comics and popular culture, starting with its first appearance in 1938 and culminating with what the famed "S" that Henry Cavill wears as the DCEU Man of Steel.

The Shield of Superman: The Evolution of an Icon Transcription

The famous "S" shield—the focal point of Superman's costume—has evolved significantly since the Man of Steel made his first appearance 75 years ago. See how the emblem has transformed from Action Comics #1 to Man of Steel!

The earliest incarnation of Superman's shield was shaped like a heraldic crest or a police badge and only appeared once, on the cover of Action Comics #1. It also appeared in early sketches.

First appearing in Action Comics #1, this shield never made the cover but was featured in the comics for several years. It was often colored entirely yellow, likely by colorists trying to save time.

By the time Superman was given his own self-titled series with Superman #1, the "S" on the shield had developed serifs (the little feet at each end of the letter).

The serifed shield appeared more clearly on the back of Superman #1, where it was also filled with black. The black emblem appeared in the upper section of Action Comics covers from 1939 to 1946.

By the end of 1939, the upper serif migrated to the top right corner while the lower serif rested in the bottom of the shield.

A wider, bowl-shaped shield emerged on the cover of Action Comics #26 at the turn of the decade. It was also the first time the shield became five-sided, although some still drew it with three.

Distinguished by its large, sharp upper serif, the shield introduced on the cover of Superman #9 represented a middle-ground between the two previous emblems.

The outer border was sometimes colored red, but colorists couldn't seem to settle on a unified color scheme, and frequently flip-flopped between red and yellow.

The color scheme was finalized with a new shield that appeared on the cover of Action Comics #66, but for the first few years, artists couldn't seem to agree whether the bottom serif should be rounded or straight.

When Superman was rebooted in The Man of Steel #1, artists began more consistently drawing the emblem larger,  straighter, and with a V-shaped upper serif.

After Superman's death and return, the emblem returned to having a vertical upper serif, but with a diagonal left edge.

For Kingdom Come—a story set in the future—painter Alex Ross created a new futuristic shield based on the red-and-black color scheme used in 1939 and in the 1941 animated series (see "In Popular Culture" below).

In Superman (Vol. 2) #123, the Man of Steel was given a different set of powers and a new look complete with the reimagined "electric" emblem.

When the DC universe was rebooted as The New 52, the "S" lost its lower serif (though some artists continued to draw it in regardless).

Superman's big-screen debut was a series of animated shorts by Fleischer Studios. The shield was wider—similar to the 1940 emblem—but with the color scheme of the black 1939 insignia.

The shield used in the Superman serials was first worn by Kirk Alyn and later by George Reeves. The serials eventually spun off into a TV series called Adventures of Superman.

The shield worn by Christopher Reeve in the Superman movies looked unusually sloppy for a Hollywood costume, possibly to suggest it was hand-sewn by one of the characters in the movie.

Dean Cain's shield wasn't seen very often, as Lois & Clarke: The New Adventures of Superman focused less on the Man of Steel's exploits as a superhero and more on the lives of Clark Kent and Lois Lane.

The shield worn by Brandon Routh in Superman Returns was the first to be made of something other than cloth. Tom Welling wore the same emblem in the final episode of Smallville.

The Man of Steel Shield worn by Henry Cavill harkens back to the 1941 emblem, with its large, sharp upper serif. There's also a red and black variation.

Do any of these logos stand out to you? It's hard to picture the Man of Steel with anything outside of the standard red and yellow shield. One of the best thing's about Superman is dressing up as him for Halloween. There certainly won't be anyone guessing who you are if you're wearing a full red and blue Man of Steel costume. However, if you want something easier and a little more ambiguous, you can always dress as Clark Kent.