If you're feeling Strange this Halloween, you're in good company! Doctor Strange is a real problem solver who always has a new spell up his sleeves. He's also got one of the coolest superhero costumes in the MCU! We'll show you how to make the Doctor Strange costume DIY of your dreams—and it won't require much sewing, crafting, or magical tricks. 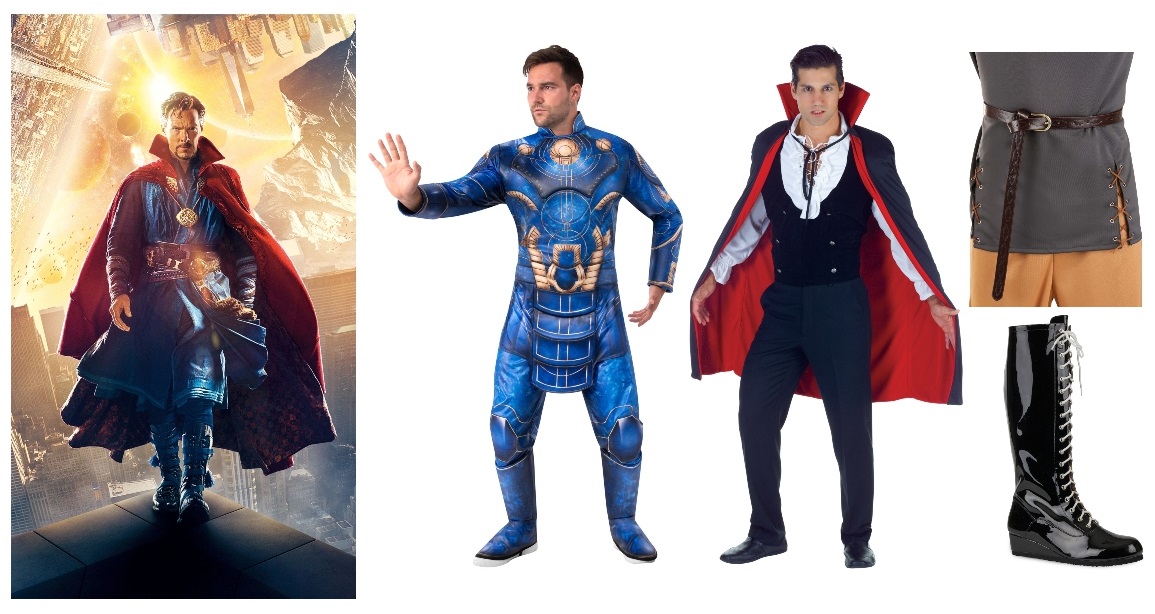 Doctor Strange's outfit may seem intimidating if you don't cosplay. But you can assemble a reasonably close costume without hunting for the perfect fabrics and sewing for hours. The Eternals Ikaris costume makes a solid base for your costume. (Blue ninja costumes or a Sub-Zero costume from Mortal Kombat may also do the trick.) With a piece of brown fabric tied around your waist and some long brown belts, you're already most of the way there! Get two high-collared vampire capes and attach them so the red is on the outside of both, and add a pair of tall, dark boots to seal the deal. These black boots have white laces, which you can swap for more subtle black laces. 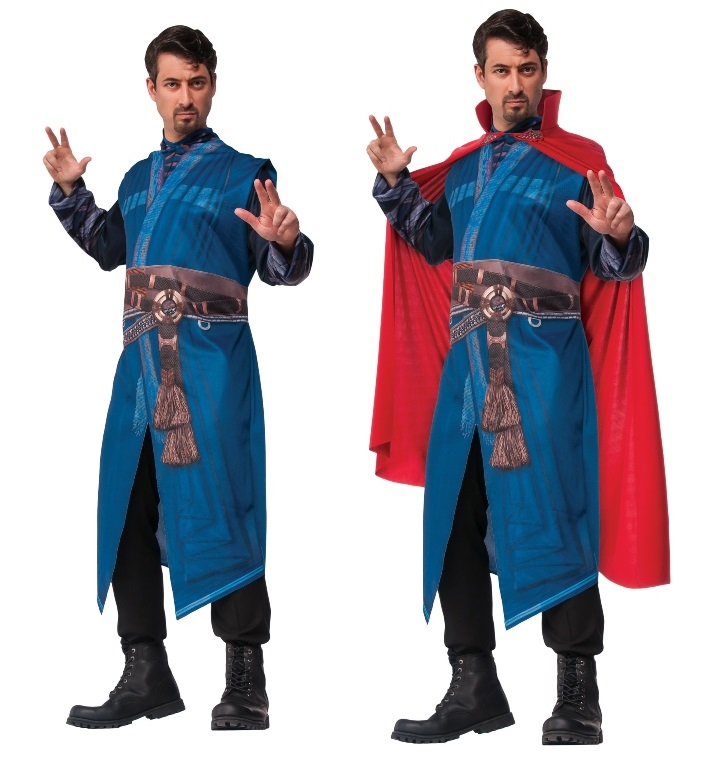 Get them before they mysteriously disappear! Doctor Strange has a habit of slipping through the multiverse, making these costumes a hot commodity. His blue robes and red cape make him look like a modern wizard, which has to be one of the most epic superhero uniforms around. We can only hope that more Doctor Strange costumes will return to our universe soon.

If you DIYed this Doctor Strange costume, let us know how it went in the comments. You can also suggest future DIYs for us to make. We might give it a shot—unless it's Paint World!

Halloween Party Ideas for Your Next Monster Mash
Get 20% Off