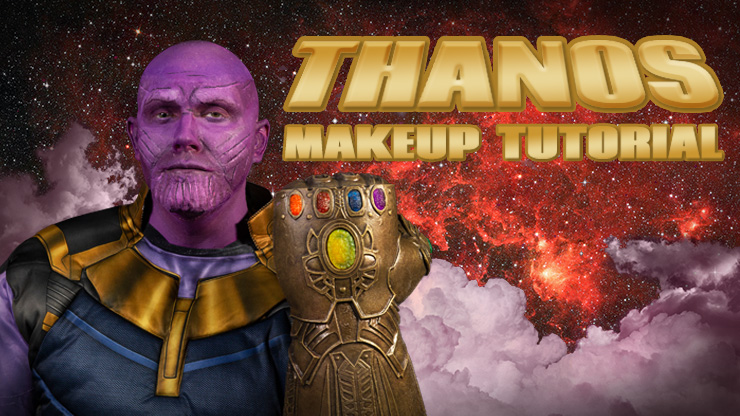 Over the past decade, the Marvel Cinematic Universe has become a juggernaut of geek cinema, breaking record after box office record. If there’s been a complaint about the franchise, however, it’s been that the supervillains have been rather lackluster. Not Thanos, though. He’s a juggernaut all by himself. (Though he shouldn’t be confused with the actual Juggernaut from Deadpool 2, but let’s not mix our metaphors here.) Thanos has such a powerful onscreen presence that we couldn’t pass up the opportunity to do a makeup tutorial! So grab your liquid latex and purple makeup and follow along to our Thanos Infinity War makeup tutorial!

Today, we're going to be doing a look inspired by Marvel's Thanos. So, we're going to start building up my chin, and I'm going to be using some cotton pads, and some liquid latex, and I'm just going to sort of build out layering some cotton pads to bulk up my chin. Um, after I do that, I'm going to actually build a little bit of, uh, cotton and liquid latex above my eyebrows, and a little bit on my cheekbones as well.

I just have to prep my eyebrows, um, I'm going to basically just work a whole bunch of glue stick into the brow.And then, I'm just going to just use a little spooly brush to brush my eyebrows straight up into my skin.

Ok, so, now that I've sort of built up some spots on my face, I'm going to go ahead. I'm going to put on a bald cap, and I'm going to secure that down, and once I've got the bald cap on, then I'm going to go over everything, uh, with a base layer of purple paint. Uh, and at that point, it's going to be about building up dimensions of color, uh, with some lighter shades of purple for highlight areas, and darker shades of purple for, um, areas within shadow, and then like getting in all the detail work. Like sort of make all the lines on Thanos's chin and cheeks. Um, so it's just going to be all about purple paint again. 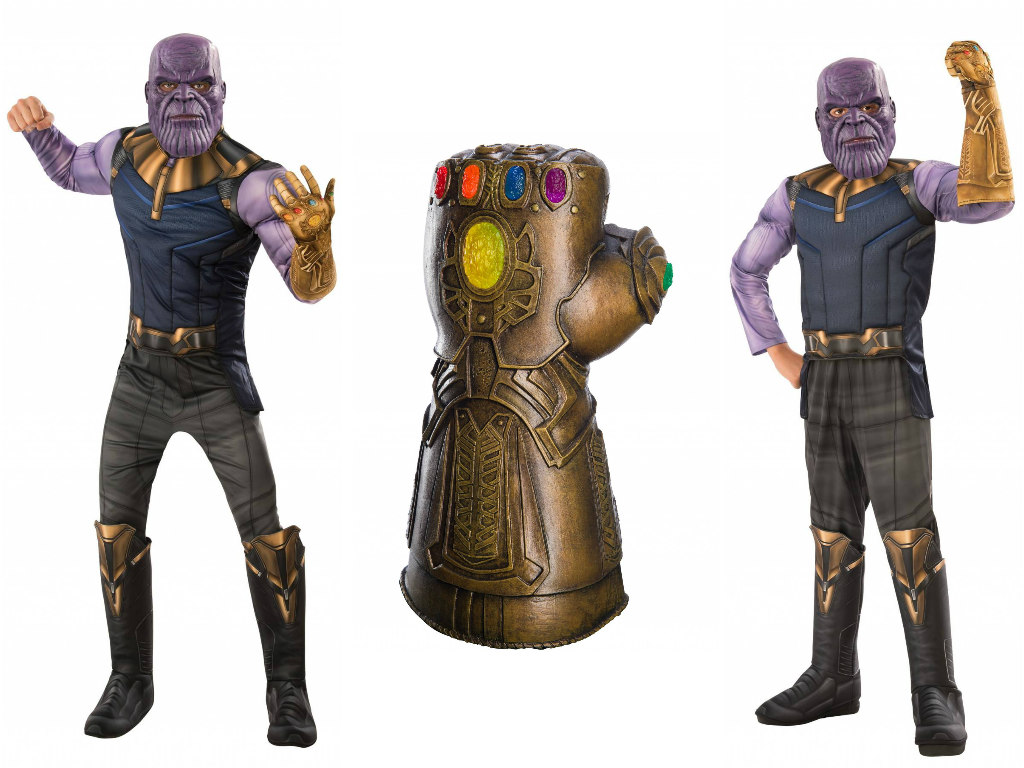 Once you’ve got the makeup down, you just need the costume. There are Thanos costumes for adults and kids, of course. Plus you can upgrade your costume with a standalone Infinity Gauntlet prop. Now if you’re reading this for the how-to but you’re not sure you can pull off this look, don’t worry! We’ve got all the makeup you need to complete your transformation into the Mad Titan. 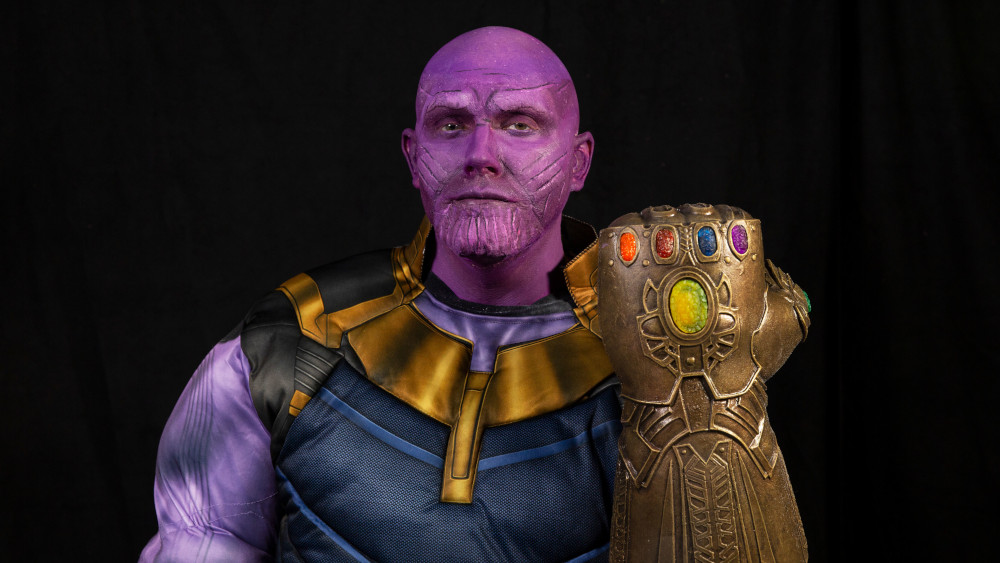 "The end is near." Of this blog, we mean. You're almost there!

This makeup how-to might seem daunting, but it's a snap! And it's so much easier than assembling the Infinity Stones, right? We know you can do it! And when you do, let us know how it went in the comments! If you get some photo-ops, be sure to let us know on Instagram @funcostumes.