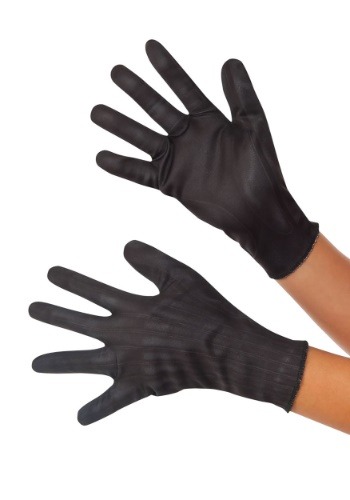 Black Widow doesn't pull punches. With the kind of baddies that she's been tangling with, she really can't. First, she had to beat the tar out of some Chitauri in the first Avengers movie. Then, she had to duke it out with Ultron's robot army in the sequel. Now, she's taking on some of Thanos' thugs. She has to bring everything she's got to the fight and you better believe that she'll come to the fight with the gloves on!

And if you're planning on dressing up as Marvel's premiere super spy, then you're going to need a snazzy pair of gloves yourself.

These Black Widow gloves are officially licensed from the movies and will complement any Black Widow costume quite nicely. They stretch to fit and feature printed detailing along the knuckles and palms. They have a tactical look, perfect for going on any secret mission for the Avengers.

Obviously, Black Widow can't afford to forget any single one of her accessories. She has to fight against a whole plethora of super-powered bad guys, so she needs every edge she can get on her enemies! She wouldn't forget her gloves and neither should you if you plan on dressing like her!