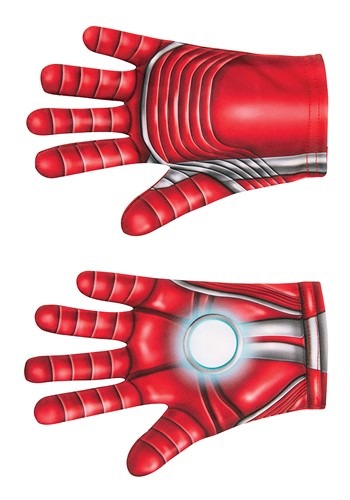 Putting the Gloves On

Look, the supervillains just keep getting tougher. First, it was Loki. Then it was Ultron. After that, Thanos showed up and turned the whole universe upside down. It's not the time to be pulling the punches! That's why Iron Man suits up with some heavy-duty gloves that feature his patented Repulsor technology.

Now, if your young superhero is looking to face off against some villains, just like the real Iron Man, then we'd recommend suiting up with a pair of gloves like the ones Iron Man wears, except... well, Repulsor technology doesn't exist in this universe! The good news is that we have a great alternative that comes in the form of these Avengers Endgame Iron Man Gloves for kids.

Inspired by Iron Man's gloves from Avengers: Endgame, these simple gloves add the finishing touch to any Iron Man outfit. They have printed red armor details on top, along with a printed Repulsor spot on the palms. They match many of our Iron Man costumes for kids. They might not be able to blast Thanos into oblivion, but just slip them on your child's hands for a look that's heroic enough to take on any villain!