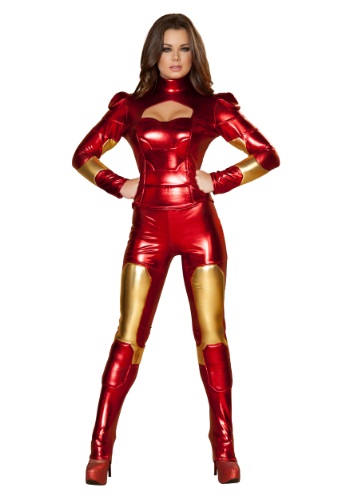 Who says you can’t be your own superhero?

Take Mary here, for instance! An awkward, gawky, ugly duckling growing up, she spent all the time everyone else was using hanging out with friends by pouring herself into her first love - science! Volcanology, to be exact, which is the study of volcanoes, lava, magma, and related geological, geophysical and geochemical phenomena. Sure, it was hard being a loner - the only social attention Mary ever got was when she was being teased for being a straight up school nerd - but it all paid off when she took a trip to Mount Vesuvius and was infected with an rare antibody that is only found in the magma buried underneath the earth’s core (just go with it - we’ll work out the exact details in the comic). It transformed her insides into the kind of physical makeup that can both give and take the most intense heat known to man, and thus, Mary The Magma Force was born!

See? We just totally made that up on the spot! Not too bad, huh? Sure, we might need to research how volcanoes work, but party people aren’t gonna care about the specific origin story details when you show up as your own special superhero in this Womens Hot Metal Superhero Costume! Made of 85% nylon and 15% spandex, this suit features a padded long-sleeve suit that zips up in the back. It also sports a cutout at the center of the chest, and the elastic waistband pants have a padding in the legs. When you wear this costume to your next party, you’ll be looking so fly that you won’t be just hot - you’ll be molten!