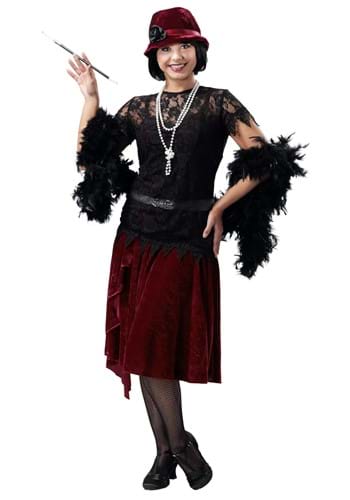 Don't you wish we still talked like those flappers of the twenties? They had a strange kind of accent, half British, half American. People used to train themselves to talk that way to seem distinguished and it was perfectly socially acceptable. Well, try that these days and people might think you've lost it. Unless you're wearing a 1920s dress, if you go all in it just might seem copacetic.

Ah, the twenties. They sure didn't end well but people certainly had a great time while they could. It was an era of dual personalities. In the US alcohol was banned and yet it's an era known for its parties. Perhaps that's because with or without the hooch people were still discovering their freedoms. Women got to show their ankles without a big to-do. They could drive cars, ride bicycles, and most importantly they could finally vote. With the absence of corsets and long hems, women's clothing began to evolve. Playing with textures, draping, and different silhouettes: they were free to experiment. The dress is straight-cut as was the mode of the day. While the top is overlaid with black lace, the bottom is rich dark red velvet with heavy draping on one side for that asymmetrical look.

Let's say you need the perfect gown and hat to wear to that fancy party outside of New York held by that mysterious millionaire. Any modern 20's gal would have loved this ensemble. So, now that you've found the dress, it's time to work on the accent, whether or not people get that you're trying to bring back the accent you'll definitely feel your swagger factor rise.