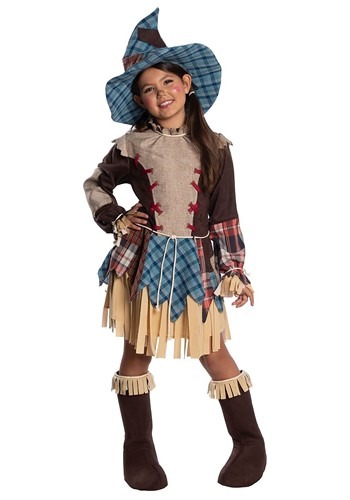 Information
Sale - Save 33%
Items Out Of Stock
Recommended Accessories

Something to Crow About

A farmer was once given a new scarecrow from the old crone who lived down the road. He wasn’t sure why the old woman would give him anything, they didn’t get along. The farmer assumed it had something to do with the time she asked to buy his field to grow thistle, rose bushes, and other oddities. He had laughed and sent her away—his fields were for useful crops. But the scarecrow was well made. It had a life-like appearance and he knew (unfriendly feelings aside) the crone’s gift could serve him well. He raised it up in his field and retired for the day.

The next morning, he checked on the scarecrow standing in his field. There were crows as far as he could see, and they were picking at his crops. He marched out to the scarecrow and shouted, “You are supposed to scare the birds away!” The scarecrow looked down and said, “Why? They are clever and funny.” The farmer wasn’t expecting a response, but took it in stride and replied, “Stop making friends and protect my fields.” The scarecrow shook its head, jumped from its pole, and giggled as it ran through the field toward the old crone’s cabin, leaving the crows to do as they pleased.

Magic scarecrows and vengeful crones, right? We’re pretty sure the farmer should have known the old woman was up to something—someone described as old crone is almost always some sort of sorcerous. Missed signals aside, the old crone did make a pretty solid Patchwork Scarecrow. The dress is made with strong fabrics and looks great with its corded belt that can be tied however the scarecrow likes. With boot covers, the scarecrow doesn’t have to worry about dirtying other shoes. The scarecrow was even given a pointed, patchwork witch’s hat—the farmer should have realized what was happening.

Well, we hope you’re not trying to keep any crows out of the yard. This Patchwork Scarecrow isn’t going to help if that’s what you’re looking for. But if you’re kiddo wants to adopt a magical look this Halloween, we’re sure the old crone would be willing to get them outfitted in a costume based on their creation. Your kiddo will look great and they might make a few avian friends that would love to help with trick-or-treating.