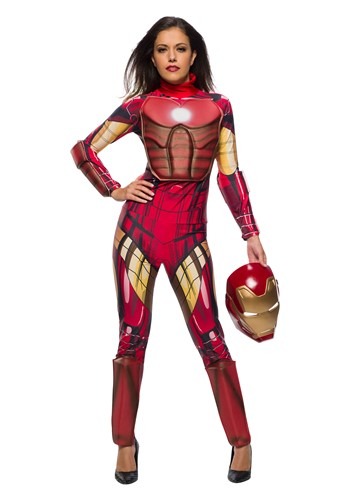 Tony Stark is always up to something in his lab. This time he’s got a liquid version of his Iron Man suit to try out. In theory, the suit sounds beyond incredible. Stored inside a capsule and implanted under the skin, the suit controlled by a second micro-implant. The tech specs on the suit are incalculable—according to Tony—and are sure to change the way the Iron Man suits are utilized.

But can it be too good to be true? Tony’s inventions don’t always go to plan. Whatever he comes up within his lab tends to find a use, make a mess, and get sent back for revision or retirement. Tony himself hasn’t even let anyone see this new suit in action—he’s tried it in the confines of his lab but seems hesitant to share how the tests have gone so far. We’ve begun to wonder if he needs someone else to try out the suit, someone who hasn’t been jaded by the other Iron Man suits… someone like you, perhaps?

Tony doesn’t tend to (purposely) risk the well-being of others to try new technology, but we’re convinced that’s what he’s waiting for to try out this new suit. Maybe if you were to ask, he’d let you try on the liquid suit that fits like a second skin. We’ve seen the design; it’s colored with the same crimson and gold Iron Man has become known for. The armor is thinner and lighter than before, but we’re told it is as durable and up for the task as his strongest designs. You really should ask about it, see if Tony would give you access to this stunning new Iron Man suit.

You Are Iron Man

He said yes? Outstanding! How does it work? From the looks of it, that Iron Man Costume was made for you. Tony should be so proud of the work on this suit and to see a civilian putting it to such good use. Shoot, we’re proud to have just led you to getting set up with the suit. Seems we may have found not just a worthy test-subject, but a new Iron Man!