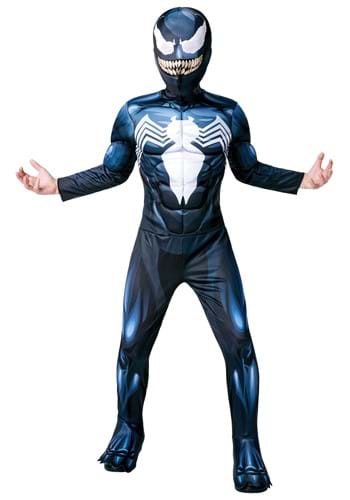 A Plethora of Powers

If you were a superhero (or a supervillain!), what powers would you want to have? It’s really hard to choose between abilities like flying, invisibility, super strength, teleportation, super speed, telepathy, and x-ray vision. And that’s not even a full list of possible superpowers! So, as long as we’re only imagining, why limit yourself to just one? Many superheroes have a combination of abilities that make them forces to be reckoned with. One being with extremely versatile powers is Venom. We’ll leave it up to you to decide whether it should be classified as a hero or a villain, but either way, you have to admit that its powers are pretty cool. When bonded to a host, it can mimic clothing or make its host invisible by blending into its surroundings. It can copy the powers of other beings and is especially good at using the skills that it picked up while bonded with Spider-Man. It grants its host super strength, can help them recover from lethal injuries, acts like bulletproof armor, and more! So if your child is looking for some power this Halloween, perhaps they’d consider being the next host.

Your child can unleash all kinds of abilities with this Marvel Deluxe Venom Costume! The jumpsuit has fiberfill padding in the chest and shoulders so your kid can achieve a superhuman physique without the superhuman gym routine. The attached foam boot covers on the legs ensure that any dark pair of shoes will match the costume. The hood and mask combination will cover your kid’s entire face, just like the symbiote, and has mesh-covered eye openings for a limited range of vision. (Unfortunately, we haven’t figured out how to make it grant the wearer x-ray vision yet.)

Whether your child wants to be a complicated superhero or let a bit of their monstrous side out, this Marvel Deluxe Venom Costume is just what they need. They’ll feel powerful whenever they put on this awesome suit!