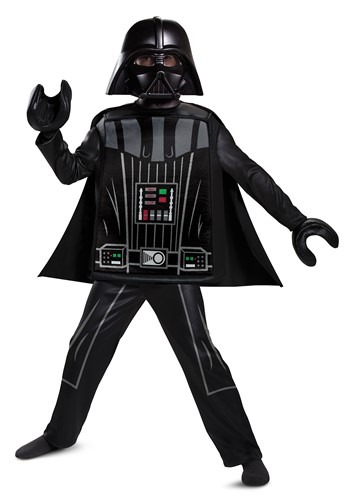 When Anakin Skywalker fell to the dark side and began his quest to take over the galaxy, he knew he would need to make himself more powerful than a regular human being. He began rebuilding himself with mechanical upgrades, one part at a time. First it was one hand, then his other arm and both legs. But while his new robotic appendages were impressive and much stronger than normal arms and legs, he knew that he could do better than mere steel. So he began to scour the universe, looking for stronger, more indestructible materials to use. Eventually he found them: Legos.

Legos are maybe the hardest things in the universe. Lego guys can lose their arms and just as easily reattach them, which comes in real hand-y if they lose a limb during a lightsaber fight. And there's nothing as painful as stepping on a Lego in the dark, which makes them perfect tools for evil Sith Lords hoping to sow pain and disorder throughout the galaxy. Yes, Legos would do very well for Lord Vader's new body, indeed!

Rule the galaxy in this LEGO Star Wars Boy's Deluxe Lego Darth Vader costume. The cosmic costume comes with a Darth Vader half-mask, mini-figure tunic with screen print, detachable cape, pants and a pair of black hands. The tunic features print that looks just like Darth Vader's infamous outfit, including his belt and buttons. The pants have an elastic waistband for comfy fit, while the tunic has a hook-and-loop closure to make it easy to put on.

Join the Dark Side!

Next time Darth Vader gets into a lightsaber battle with an upstart Jedi, he's going to be ready. Imagine the foolish Jedi's surprise when Vader loses an arm and the battle seems over, only for Vader to carelessly pop his arm right back in! Victory is guaranteed to be his!