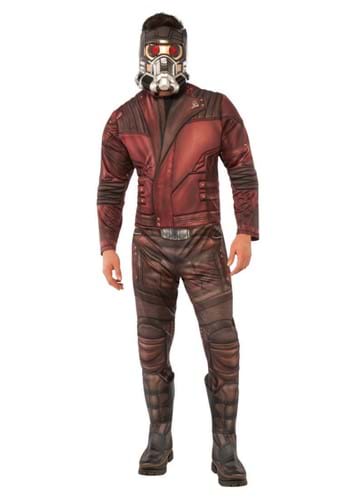 Lord of the Stars

Being one of the few humans who is brave and capable enough to travel the stars, you can get somewhat lonely. You have met and befriended quite a few awesome aliens of all kinds, but you sometimes think back to the close camaraderie of your friendships back on Earth and miss it terribly.

But then you fly your spaceship into a nebula or park next to a supernova and you forget all of that! Who are you kidding, being the most famous human in the galaxy is great! You get all of the fame and recognition that you never had on Earth, not to mention being friends with some of the greatest people in the universe. It’s not such a bad gig at all when you think of it like that.

Being a lord of something is a pretty big deal and there are many ceremonial functions that go along with that. For all of those, we recommend this Deluxe Adult Star-Lord Costume. You will love the movie-accurate details that went into this costume. From the printed jumpsuit to the molded mask, everything was lovingly made to look identical to the character from the movies. The boot covers are attached, so you will look awesome!

Be the Soul Stone for Yourself

If you are looking for the perfect Star-Lord costume to wear on your crime spree/heroic quest, then this is the one for you! Just make sure you have a cool beard and a low, manly voice from the get-go so that no one can come along later and upstage you.