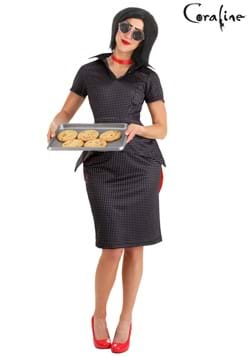 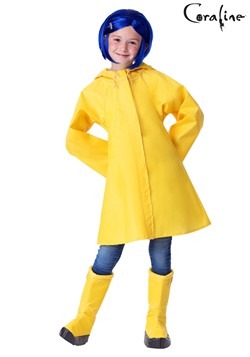 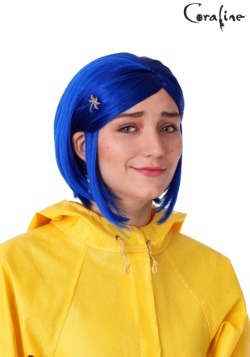 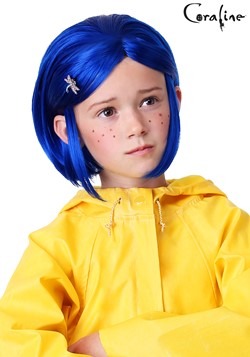 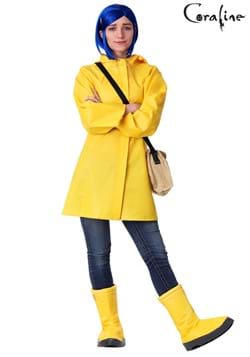 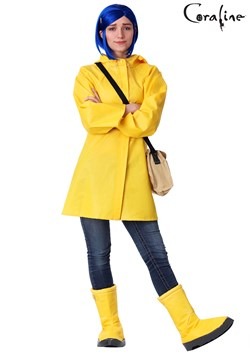 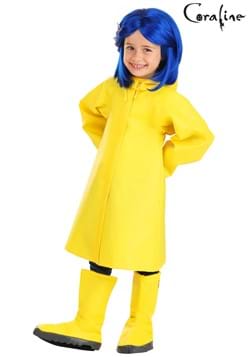 There’s something ageless about Coraline. Maybe it’s an effect of the ‘other world.’ Maybe it’s just Neil Gaiman’s writing abilities. Or perhaps Coraline’s adventurous spirit just speaks to kids and adults alike. Either way, the creepy fantasy world invites audiences in with ease. Watching or reading Coraline’s story makes it exciting to imagine your own ‘other world’ or if you’d be able to escape the evil Other Mother. With a Coraline Jones costume from our collection, you and yours can stop imagining and start exploring a day in the life of your favorite little explorer!

It’s pretty simple to get into character when you shop with us! Our team of designers is also big fans of miss Coraline, and our exclusive Made by Us Coraline accessories and costumes prove that! From the colors to the closures, you’ll be the spitting image of the animated character.

Trying to decide if you need every piece of the costume? Continue reading to hear our thoughts on how each piece can make your child’s next dress-up day or the family Halloween costume perfect!

Coraline’s most recognizable look is without a doubt her yellow raincoat. Whether you’re looking for a Coraline costume adults can enjoy or your little one wants to be the Coraline costume kid, our selection gets you started. A long yellow jacket and matching boot covers save you time. And of course, Coraline’s gorgeous blue bob is included with the look. But what if you’re thinking about dressing as a different character? Or maybe your love of cosplay has begged you to try a different Coraline signature outfit? You’re in luck with our available accessories!

Maybe you’ve whipped up a lovely star-patterned sweater based on Coraline’s. You or your kiddo will look smashing whenever you wear it. Without her shiny blue locks though, it’s just a lovely sweater. Make sure people know the character by adding a blue Coraline wig to your ensemble. With sizes for adults and children, the entire family can get in on the fun! In fact, with the wig in your collection, you and yours can be Coraline whenever you’d like with whatever outfit you wear!

Coraline is full of characters worth imitating. From the terrifying Other Mother to that chatty-Cathy Wybie. Make any of the characters a part of your Halloween group costume with a pair of button eyes! Oh… don’t worry, our available set is glasses—no needle and thread necessary! Dressing up as someone from the ‘other world’ or telling a version of the story where Coraline fakes getting the “customary” cosmetic treatment is easy with this Coraline accessory!

In short, how you create your Coraline costume is entirely up to you! But with full costumes, a Coraline wig, and button eyes, we’re here to help you travel between the ‘real’ and ‘other’ worlds!