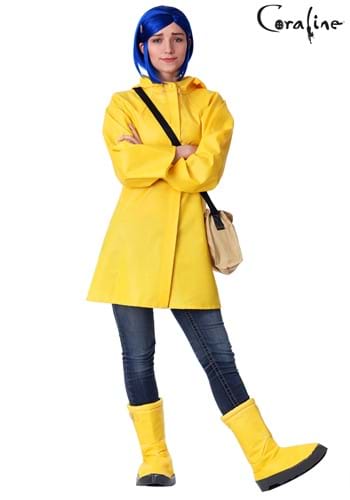 ARE YOU IN A CONTEMPORARY FANTASY?

Living in the modern world, we are blessed with a ton of different fantastic tales of folks being whisked away to new realms where they might encounter any number of unique adventures. The problem is that these folks have no idea that it is about to happen. And, once they are there, they usually spend half their allotted adventure time just trying to convince themselves that something weird happened in the first place. So, let's not waste any time!

You may be about to enter a strange portal to a new realm if any of the following are true. First, have you moved anywhere new recently? Especially a place with weird architecture. Second, do you have a particularly strange cast of neighborhood characters? Perhaps folks doing flips on banisters or super excited about reading tarot cards? Third, be on the lookout for any weird animal who seems to be guiding you to strange locations. These are huge portal portents!

Of course, you could just move right into a certain fantasy tale by looking the part and calling the adventure gods to your attention. Well, we know just how to get you back to mystical realms: with this officially licensed Coraline Costume! Keep yourself safe from all the strange but still explore an unusual world with this yellow, vinyl raincoat styled after the protagonist of the hit stop-motion film. The jacket is an A-line shape, fitted around the arms and chest and widening out in a heroic flare at the bottom. A blue bob wig makes your Coraline character stand out from all the other raincoat-wearing costumed characters out there. And the matching boot covers give you a rainboot look without all the heavy and awkward movement. (Much better for dodging spider demons, don'tcha think?)

If you plan on investigating strange worlds beyond mysterious, magical doors, make sure that you go into the situation ready for anything. The Coraline Raincoat is just the thing to wear to keep all the muck from affecting you... and the hood even keeps them from their weird button-for-eye obsession, too!