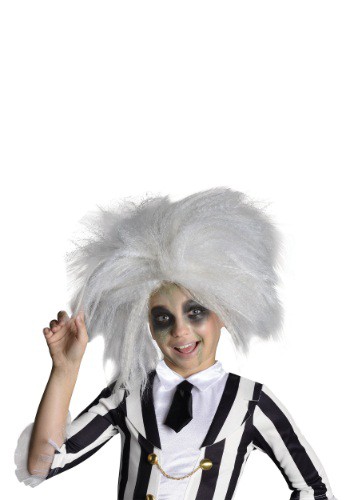 Does your child want to be the creepiest, most disgusting, yet in some way charming and funny ghoul? Well, you need not look any further because we have the perfect product for you!

Before you start dying your kid's hair platinum blond to look like this poltergeist, let us tell you about this Child Beetle---- Wig. It comes officially licensed from the movie and will make your child’s hair look just like the hair of the iconic Tim Burton character. All you have to do is slip it on his head and then slip it off when he's done being Beetle----. Doesn't that sound much easier than actually summoning Beetlejuice – WAIT, WE DID IT AGAIN, we said his name three times, noooooooooooooo

Not so fast… we’re gonna have some laughs muahaha