What We Know About Minions from the Minions Movie

These days we see Minions everywhere...taking up entire toy aisles, printed on packages of fruit snacks, starring in internet memes, and, of course, in the movie Minions, which has now been in theaters for nearly two weeks ( if you haven’t seen it, you’re missing out!).  Minions are cute, which is probably why they are everywhere, but how much do we really know about them? A few months back, we shared everything we knew about Minions and hoped that the new movie would fill in the gaps. Thankfully, the movie did answer some of our most burning questions, but it left others hanging in the balance. Keep reading to find out what we learned about our favorite henchmen in the most recent movie.

If it wasn’t obvious already, ***SPOILER ALERT***, consider yourself warned!

What Minions Taught Us

1. Where Minions Come From 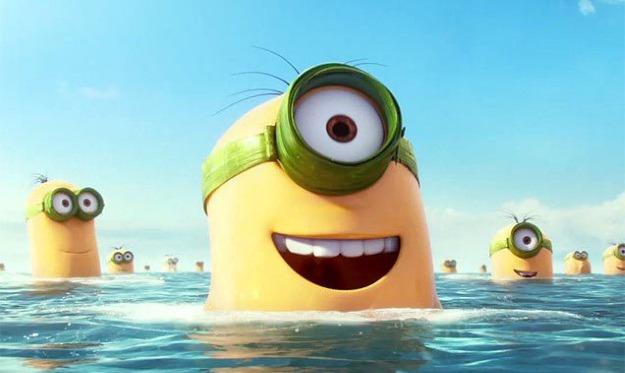 Based on the first two Despicable Me films, it wasn’t clear where Minions came from. The directors, Pierre Coffin and Chris Renaud, suggested that there were several origin ideas, but nothing was ever officially included in any of the movies. Coffin and Renaud tossed around the idea of egg yolks, a Minion gun, among others, but never decided until the new Minions film. As the newest movie begins, we see how Minions are created. Starting as a single-celled organism, they then replicate into little fish-like beings. They are nurtured in the sea until they eventually just float to the top and prepare to live a life on land with the sole purpose of serving evil overlords.

2. Who the Minions Worked for Before Gru 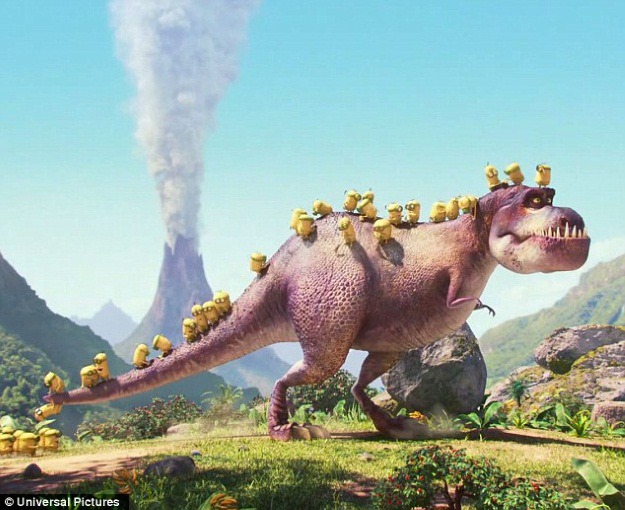 We first met the Minions when they were Gru’s henchmen in Despicable Me. Since the Minions movie is a prequel, we are taken back to prehistoric times, also known as the before Gru era. The beginning of Minion time was even before the cavemen and dinosaurs. How do we know? Well, the first part of the film rewinds to show the masters that have preceded Gru and why they are no longer their masters. Early spoilers indicated that the Minions somehow managed to cause all their leaders’ demises, and it turned out to be true. A T-Rex, a caveman, an Egyptian pharaoh, and Dracula, were all in the mix. They were also led by Napoleon, but ran away to a life of isolation after they angered him.

3. What Minions Used to Wear 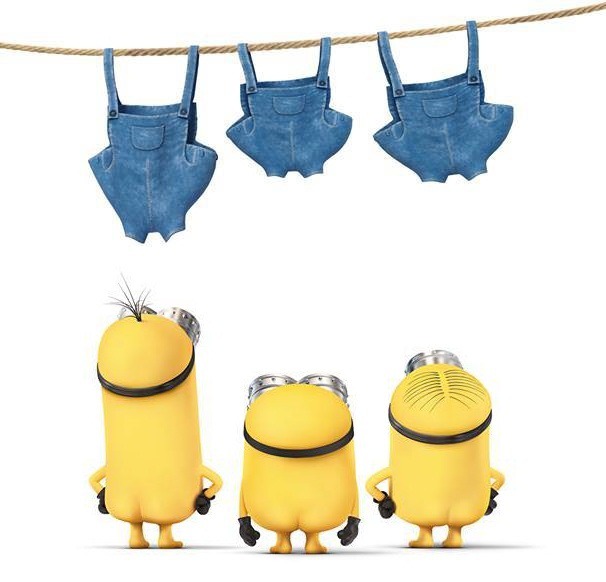 Minions are known for the denim bibs they sport in the Despicable Me movies. However, they didn’t start out wearing Minion overalls. For every master they worked for, they had different attire. When they moved to Antarctica, they adapted the Inuit lifestyle and dressed in brown parkas. When Kevin, Bob, and Stuart, travel to Orlando for Villain-Con they realize that it’s a little too hot for parkas in the south. They come across a clothes line with a few different clothing styles and Stuart begins to try them on. When none of the first options work, he reaches for the denim overalls. Since the overalls looked so great on Stuart, Kevin and Bob grabbed a pair as well!

4. How the Minions Met Gru 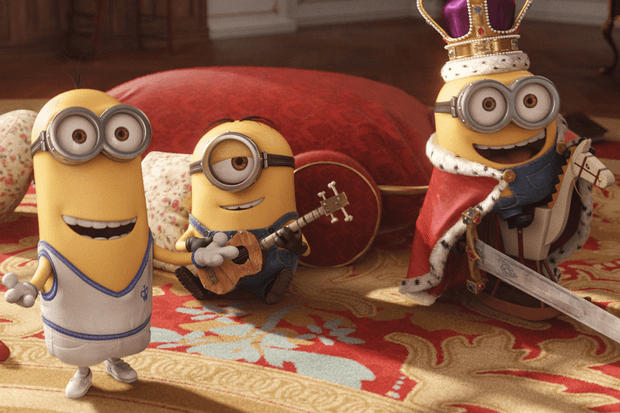 After meeting their new overlord, Scarlett Overkill, at Villain-Con, the Minions learn of her plans to steal the Queen of England’s crown. Through many, many Minion shenanigans, they try to steal the crown for Scarlett and somehow Bob gets crowned King. When Scarlett thinks the Minions have turned against her, she tries to kill them, even as they're apologizing. When Scarlett captures the crown, she begins to run away with her husband until they are both suddenly frozen. “FREEZE RAY!” A younger Gru runs up to the frozen Overkills and snatches the crown right from her hands as Kevin, Stuart, and Bob, watch in awe. Naturally, the Minions follow him as he departs.

1. How Long Have the Minions Worked for Gru? 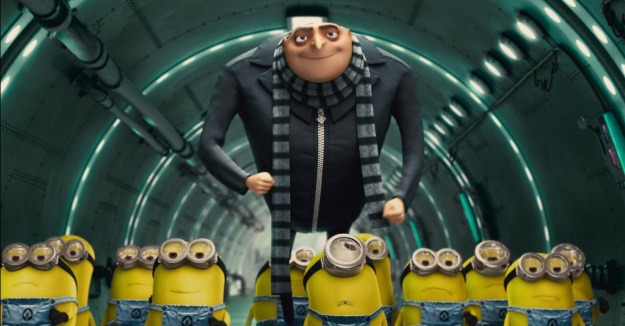 As the Minions film ends, we see the Minions chase after tiny Gru. Obviously, the Despicable Me films don’t follow Gru’s life of crime until he is an adult, but that leaves a minimum of 15 years of uncertainty for the viewers. If the Minions followed Gru right away, have they been working for the criminal mastermind since his childhood? How have they managed to keep Gru alive that long? We saw them kill several previous masters in a matter of minutes in the new film, so what makes Gru so special?

2. Why Do Minions Wear Goggles? 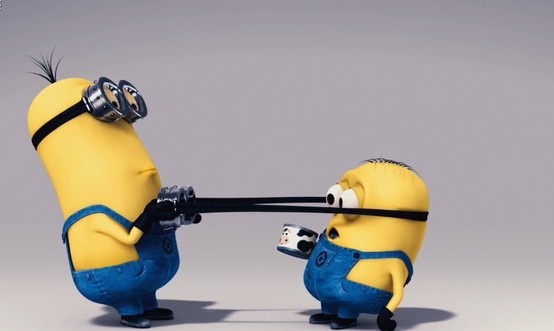 The Minions’ choice of eyewear has never been addressed in any of the previous films, nor was it addressed in the new movie. When the Minions were the T-Rex’s henchmen, they wore leaves for clothes and their goggles appeared to be made of grass blades. (How those hold up is another question entirely.) It is never made clear if they have the goggles from birth (or first hatch?), but when there are Minions without goggles, it is evident that they were meant to be there!

3. How Long Do Minions Live? 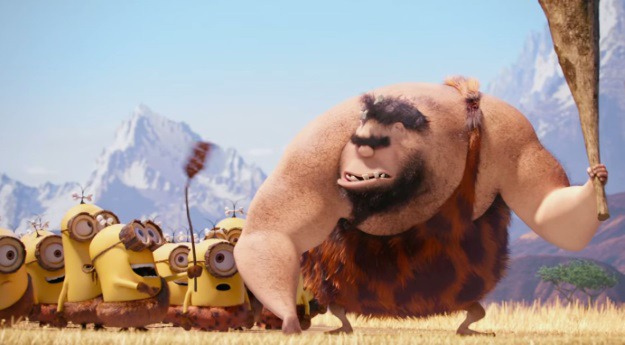 Now that we know Minions have been around since the beginning of time, or at least before the dinosaurs, we know that they are at least 65 million years old. Were Kevin, Stuart, and Bob, around since then? Have they aged? We still don’t know. If Minions truly have been around for that long, maybe they are eternal creatures and we can enjoy them forever! Yay! It’s a good thing evolution hasn’t reared its ugly head because they are perfect just the way they are.

4. How Do Minions Reproduce? 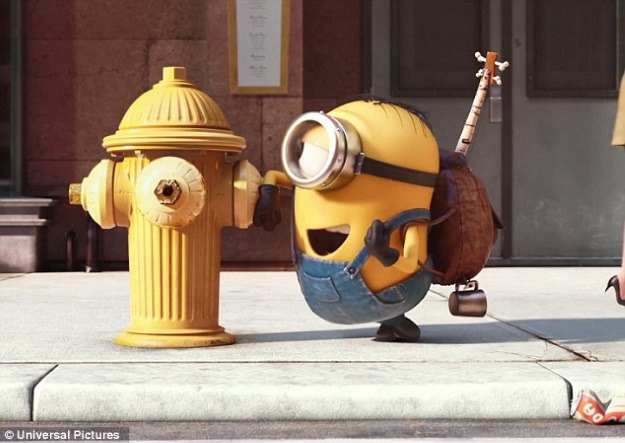 If Minions live forever, do they need to reproduce? If not, how did they come to be in the first place? It is clearly stated that all the Minions in the movies are male, so how could they reproduce anyway? Perhaps they are like clownfish where they are all born male and then a dominant male will change genders to reproduce. #GeekingOut. If they live forever, maybe reproduction isn’t necessary since the species will survive. Clearly, their incompetence somehow keeps them alive even if their evil leaders perish.

Hopefully, the 2017 Despicable Me 3 film can answer some of our lingering questions, and if yet another Minion movie is on the horizon, we won’t complain! Do you have your own questions about Minions? Can you answer any of ours? Let us know in the comments below. Halloween is just three short months away so head on over to check out our newly expanded Minion costume selection, with costumes from the Minions film!