The History of Zombies: Genre Of The Dead [Infographic] 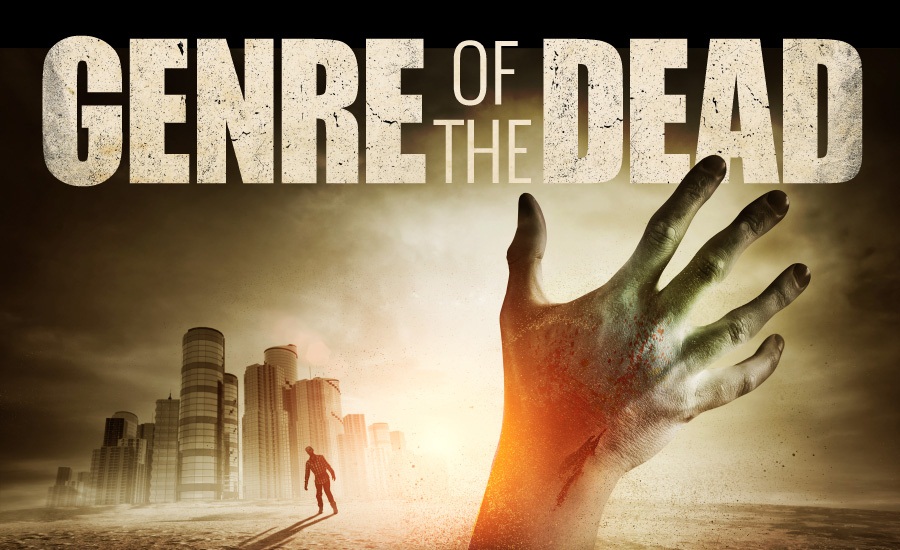 Zombie movies, zombie video games, zombie TV shows...zombie themed media seems to have infected nearly every facet of pop culture, and you know what? We wouldn't have it any other way! We have traced this genre's epidemic spread from its roots in the 1920's, all the way to present times. (Just in time for The Walking Dead season premiere this Sunday!) Just remember rule #20: It’s a marathon, not a sprint, unless it’s a sprint, then sprint! Our 'Genre of the Dead' Infographic illustrates the complete history of Zombies.

The History of Zombies in Pop Culture

Embed this Image on Your Site

Genre of the Dead: When Zombies Infected Popular Culture Transcript

It might already be too late. The zombie outbreak is out of control. Every form of media is infected, and now the zombie strain is even hybridizing with other genres. I've managed to trace the outbreak to its source, but I'm afraid I don't have much longer. I hope whoever finds this will be able to accomplish more with it than I could.

William Seabrook's The Magic Island was responsible for popularizing the word "zombie" in the U.S. according to Time Magazine. (circa 1940) However, unlike modern zombies, these corpses obeyed commands. They were reanimated with voodoo to act as mindless servants.

The virus spread to film. White zombie contained zombies that were similar to those in The Magic Island in that they did not eat the flesh of the living and were slaves to their masters. What set these zombies apart is that they were in fact living and only appeared undead.

EC Comics' horror line was an influence on both George A. Romero and Stephen King, among others. Weird Science #12, the first issue of the series (it's a long story), featured an adaption of Lovecraft's Herbert West: Reanimator.

The first known instance of an undead apocalypse occurred in I Am Legend by Richard Matheson. Although the creatures were technically considered a variety of vampire, the concept of monsters created by a virus that spreads through biting was a direct influence on Romero's Night of the Living Dead.

George A. Romero was named the "grandfather of the zombie" after his film Night of the Living Dead defined the modern flesh-eating zombie. Interestingly, the word "zombie" was never used in the film. Romero originally called them "ghouls"; it was the TV Guide listing for the movie that dubbed them "a plague of zombies."

Dawn of the Dead was the second film in Romero's "Dead" series, and was also the most profitable. It was recut internationally and was retitled Zombi.

Dawn of the Remakes: Films That Won't Stay Dead

Lucio Fulci's Zombi 2 was a faux sequel to Zombi (Alias: Dawn of the Dead). Retitled Zombie in the U.S., it was an influence on the games Resident Evil and Dead Island. It also contained the greatest showdown ever: Zombi vs. Shark. Note: Beware of splinters.

It was only a matter of time before the viral genre infected video games as well. The first casualty was Zombie Zombie for the ZX Spectrum. Thankfully, the game didn't escape Europe.

Romero's Day of the Dead delved deeper into the breakdown of society. Most notable was "Bub", a zombie who showed signs of learning by interacting with phones, books, and even a gun. Never taunt a zombie holding a gun!

Zombies first developed their taste for brains in The Return of the Living Dead. A group of survivors captured half of a zombie woman, who revealed that eating brains relieved the pain of being dead. We also learned that burning zombie bodies during a rainstorm is a horrible idea.

Capcom's Sweet Home threw survivors into a mansion filled with puzzles and zombies. Although localized to Japan, its influence spread worldwide when it inspired the game Resident Evil, which was originally envisioned as a remake of Sweet Home.

Films That Spawned the Most Sequels

Night of the Living Dead (5)

Return of the Living Dead (4)

Tombs of the Blind Dead (3)

Alone in the Dark was the first 3D survival horror video game. The game's fixed camera angles gave it a cinematic feel, and were a significant influence on Capcom's Resident Evil.

Zombies hit the shores of New Zealand in Dead Alive (Alias: Braindead) thanks to a Sumatran rat-monkey from Skull Island. The film by The Lord of the Rings director Peter Jackson also contained the first-ever documented zombie baby. Note: Lawnmowers make a great weapon.

Capcom's Resident Evil (alias: Bio Hazard) combined influences from multiple zombie sources to create what Game Informer and Time magazine called one of the most important video games of all time. It was also awarded "Worst Game Dialogue Ever" by the Guinness Book of World Records.

George A. Romero (the grandfather himself) was originally attached to direct Resident Evil, and wrote a relatively faithful script. Ultimately, Capcom decided they wanted something different. The Paul W.S. Anderson version with Milla Jovovich is on track to tie the Dead series for most sequels.

A new wave of flesh-eaters hit the shores of England in 28 Days Later. The infected weren't technically undead, but the Rage Virus did turn them into fast zombie-like creatures, which inspired the controversial "fast zombies" in the 2004 remake of Dawn of the Dead.

Image Comics' The Walking Dead by Robert Kirkman and Tony Moore didn't even crack the top 200 when it first debuted, selling only roughly 7,266 copies. No one suspected how big it would eventually become. A first printing of #1 can go up for $2,500 on Ebay.

World War Z by Max Brooks was a follow-up to The Zombie Survival Guide written in the form of a fictional oral history. The movie adaption starring Brad Pitt became the third highest-grossing zombie movie of all time, though the author says the film is "World War Z in name only."

Released in Spain, [REC] portrayed the zombie apocalypse in a faux-documentary style, and won numerous international awards. The film was later remade in the U.S. as Quarantine.

The Will Smith film was the third attempt at adapting the novel I Am Legend, preceded by The Last Man on Earth (1964) and The Omega Man (1971). Not one of them got the ending right.

Books That Are Currently Optioned for Film

Pride and Prejudice and Zombies (2009)

Completed in mid-2009, The Cabin in the Woods wasn't released until three years later. We discovered that the Old Gods are to blame for all of this. We also learned the distinction between "zombies" and "zombie redneck torture family."

AMC's The Walking Dead has broken its own ratings records multiple times. The finale for season three made it the most-watched dramatic series in basic cable history. I fear zombies will never go away at this rate. Hold on. I think I see another season approaching...

Halloween Party Ideas for Your Next Monster Mash
Get 20% Off