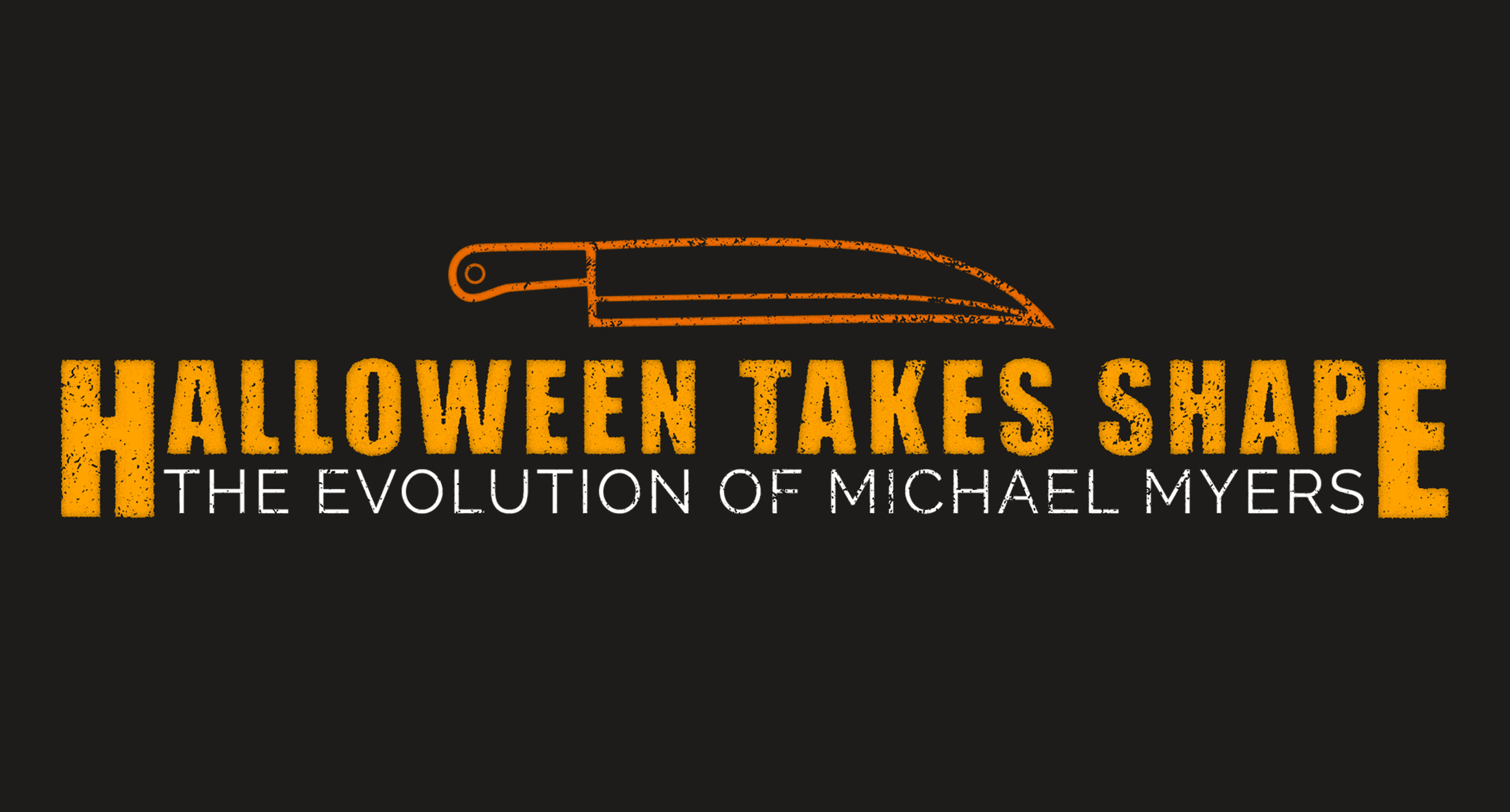 Who would have thought that a William Shatner Captain Kirk mask would look so iconic on a horror villain? Seriously, no one could have predicted that. But that’s exactly what happened when director John Carpenter created Michael Myers in the 1978 film Halloween. Not only did it make the mask famous, but it also spawned a franchise and inspired an endless number of slasher films.

Throughout the films, Michael Myers—credited as "The Shape" and often called "the bogeyman"—is the legendary serial killer who stalks those close to him...and anyone else in his way. He is characterized as pure evil with superhuman strength who cannot be killed. With the new sequel Halloween coming out, we wanted to look back at how Michael Myers has changed throughout the franchise. Here’s an evolution of Michael Myers and the Halloween films along with some of our favorite facts about the series.

The Evolution of Michael Myers Transcript

The iconic mask was a Captain Kirk mask purchased for $1.98. Many of the actors wore their own clothes, while Curtis' cost $100 at J.C. Penney. the crew had a limited amount of dead leaves which they would gather and move to each filming location. The script was written in 10 days and filmed in 20. With all the cost-cutting during production, this was the highest-grossing independent film at the time.

Warlock wore the same mask from the first film and was allowed to keep it. He was also the shortest Michael in the entire series. The film was Rosenthal's directorial debut. According to him, Carpenter made the decision to add more gore and nudity. Of the entire Halloween franchise, this is the only film that shows the morning after Halloween.

1982—Halloween III:  Season of the Witch

How Michael Myers Dies:  Doesn't die and only appears in cameo.

Jamie Lee Curtis appears in voice only, announcing the curfew for Santa Mira as well as the telephone operator that won't let Challis call outside town. Parts of the original Halloween film are shown as commercials on a television. Tom Atkins came down with pneumonia during filming. Writer Nigel Kneale was upset with the film's violence and sued to get his name removed from the credits.

How Michael Myers Dies:  Shot several times by police before he falls down a mine shaft.

Due to the writers' strike in 1988, writer Alan B. McElroy had less than 11 days to develop, pitch, and make a final draft of the script. Wilbur made himself look more physically imposing by wearing hockey pads under the costume. Ellie Cornell was injured by a nail when she slid down the rooftop. This is the first movie where Michael Myers is credited with a name instead of "The Shape."

1989—Halloween 5:  The Revenge of Michael Myers

How Michael Myers Dies:  Doesn't die, is taken into police custody, only to be broken out of jail by a stranger.

Wilbur did not reprise his role as Michael but instead returned as a stunt player. The first draft by Shem Bitterman included Jamie Lloyd becoming evil. During the scene where Dr. Loomis beats The Shape with a wooden 2x4, Pleasence accidentally broke Shank's nose. This was the lowest grossing film in the series and the last to feature the iconic pumpkin in the opening credits.

1995—Halloween:  The Curse of Michael Myers

How Michael Myers Dies:  Subdued with large quantities of tranquilizers.

There were about 10 drafts of the screenplay written between Jun and October 1994 when filming began. Danielle Harris got herself emancipated to reprise her role as Jamie Lloyd but eventually turned down the role. Paul Rudd made his first starring role debut. This was the only Halloween film madden the fall and had the largest opening weekend.

Halloween 7: The Revenge of Laurie Strode was the working title for the film. Tom Kane provides the voiceover of Dr. Loomis during the prologue. Curtis admitted that seeing Michael Myers on set scared her. Laurie's line, "do as I say," is the same line spoken to children from the original Halloween. This was the highest-grossing film in the franchise and the shortest at 86 minutes.

Jamie Lee Curtis would not sign onto the movie as long as it hinted that Michael survived in the end. She was dissatisfied with the franchise's direction and wanted writers to kill her character. Bianca Kajlich could not scream on set so the screams were dubbed in post-production. This was the only film to recognize Oct. 19, 1957 as Michael's birthday.

How Michael Myers Dies:  Shot in the head by Laurie.

Zombie filmed in the same area as the original Halloween. Mane found it very difficult to act using only his eyes. He was also the tallest actor to portray Michael. This was the longest Halloween film at 121 minutes and also the first film in which Michael talks.

How Michael Myers Dies:  Shot and impaled over farm equipment.

Zombie originally said he wouldn't make a sequel but agreed to retain control of his artistic vision. Daeg Faerch had grown too big to physically reprise his role as young Michael. Carpenter was offered a cameo but declined. Other than Wilbur, Tyler Mane is the only other actor to play Michael twice.

The film is not a remake or reboot, but a direct continuation of the original Halloween. This makes five different timelines throughout the franchise. The filmmakers spoke with famous actresses for the role of Laurie's granddaughter Allyson but the opted for a relatively unknown actress, like how Curtis was unknown in the original film.

We hope this got you excited about the new movie! Which facts surprised you the most? We thought the crew gathering leaves in the first movie would have been comical to watch. If the franchise continuity has you confused, check out our Halloween movie timelines infographic, we've got you covered! Also remember that we have Michael Myers costumes from all of the major films!