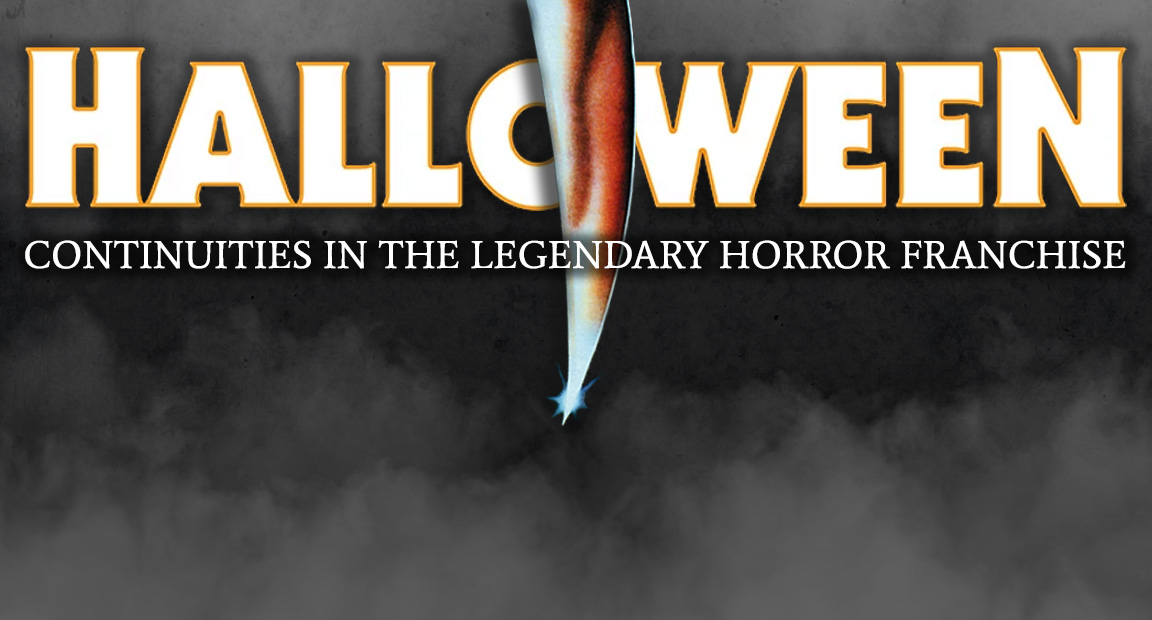 40 years ago, John Carpenter’s Halloween debuted and became an instant horror masterpiece. Aside from only one prominent actor (Donald Pleasence), the film featured several Hollywood newcomers. One of whom was Jamie Lee Curtis playing the role of Laurie Strode aka the original Final Girl (You can read more about "final girls" here). The film also introduced Michael Myers, one of the most terrifying horror villains of all time. As with any movie that achieves box office success, the producers opted for a sequel.

Halloween II brought back Laurie and Pleasence’s Dr. Sam Loomis and the story literally picked up where the first film left off. Though the sequel proved successful and the slasher genre had taken off with similar franchises like Friday the 13th, the focus of Halloween would take a turn that would lead to one of the most confusing timelines of any film franchise.

The story’s timeline at the end of Halloween 2 would not pick up again until Halloween 4: The Return of Michael Myers. Why? Because it was decided that Halloween 3 would be a separate movie and the going forward, each Halloween would be its own anthology film. The third Halloween movie has reached cult status, but it wasn’t what the fans wanted at the time. Michael Myers was brought back and, all of a sudden, the franchise now had 2 separate continuities. This would become par for the course. In 2018, the 11th Halloween film will be released and will be a direct sequel to the first Halloween. So not only does that introduce the fifth different story line continuity of the franchise, that also means Halloween is the sequel to Halloween. If that’s not confusing enough and you’d like to learn more about these timelines, check out the graph below explaining the different continuities between all of the Halloween movies.

That may have been a lot to take in, so here’s a brief recap of all the timelines:

Hopefully, this chart helps you out when you want to binge the Halloween franchise and don't know where to start. In this case, it's best not to watch them in release order. We'd recommend the Laurie timeline mainly because Jamie Lee Curtis seems like such an integral part of the films. Of course, if you want the most bang for your buck, watch the sequel timeline first and take the long route. Hopefully Michael Myers doesn't show up on your doorstep this Halloween, but if you wanted to pay him a visit, you should probably check out his latest film when it hits theaters. Be sure to dress up in your favorite Michael Myers costume, too.