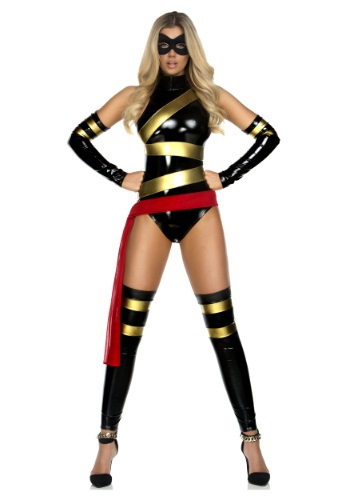 With all of these overlapping comic book characters and intersecting plotlines, there really ought to be somebody keeping track of their stories. You know, just in case there's some cataclysmic event that tears at the fabric of space and time, altering the past, present, and future. That person would have to be a superhero themselves, of course. But they'd need a different set of powers that enabled them to carry on when other heroes lost their sense of direction. Meta-superpowers, maybe. They'd have to be like a butt-kicking version of the Dewey Decimal System!

Yeah! That sounds really helpful for keeping track of all these crazy reboots and multiverses. But who could we trust with a task like that? They'd have to be somebody who was really well-read, and well-traveled. Somebody who can see the bigger picture. They should probably have some kind of connection to a bunch of other heroes, too. And they'd need a lot more martial-arts training than the average librarian!

And we haven't even gotten to the best part: the suit. It would need to be as sleek and cool enough to fit in among other superheroes, but it should be a little different somehow. Maybe there could be some gold bindings representing the underlying connections that link all stories. The red sash belonging to a master archivist or martial artist would also be a nice touch. Actually, this Women's Miss Marvelous Superhero Costume would work pretty well for a hero like that! And we happen to have a bunch just like it, if you want to start a collection of your own adventures!