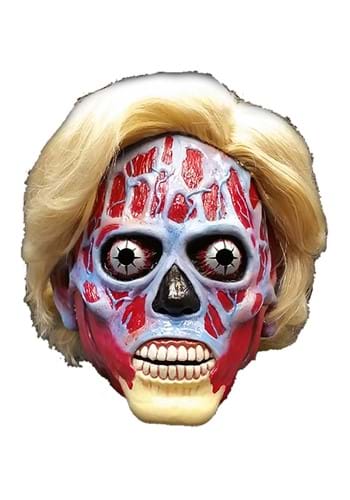 Aliens Aren’t Easy to Live With

Ever since the aliens completely took over, it’s been work work work. Nonstop drudgery! Of course, that’s what it was like before the aliens revealed that they’d been controlling society for years already, but that’s not the point. It’s the principle of the thing! If they wanted to run on a platform of “change,” they should’ve at least changed a few things… sheesh.

But at least this little tactic still works, ironically one stolen from them. They wore human faces for years and years to integrate seamlessly into society. Well, joke’s on them! In a few more years, there will be more humans wearing alien faces among their leadership than actual aliens.

Facing the Problem Head On

Of course, when the time comes it wouldn’t be a surprise if they guessed the plan all along. Hmmmm. Maybe selling these awesome masks all around the web openly wasn’t the best way to go about this? Ah well, too late now. At least the hair is easy to work with, even on humid days.

In the end, it will all come down to whoever has the best masks. In that game, we are sure to win! Or we could look into mask layering, so that we can have more dramatic reveals per square face… hmmm…