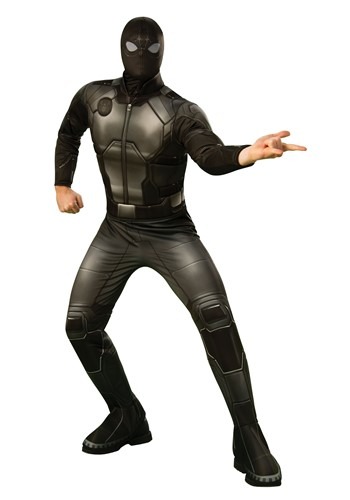 Everybody knows that Peter Parker is just a regular high school kiddo with no unusual ability to flip, climb, or pull off any particularly acrobatic maneuvers. At least, most everyone knows that. A few have been watching closely and know that Peter has quite the moves when he's pressed to act. That's because Peter has a secret that he's been keeping from most folks out there. It's going to be quite a shock, but we're going to share it with you.

No? Well, sure, we know that he's actually Spider-Man, but c'mon. A quick little nibble from a radioactive spider hardly gives someone all of those astounding abilities. We could maybe get behind the ability to shoot webs out of your hands (or other locations, actually) but Spider-Man doesn't even do that! How many times have you seen a spider pulling off crazy flips? How often have you seen spiders supernaturally aware of trouble? Yeah, we haven't seen that either!

The truth is finally out. Spider-Man, for all his friendly neighborhood antics, is actually a ninja! It's time to suit up in true style with this deluxe Black Spider-Man suit, officially licensed from Spider-Man: Far From Home. This black jumpsuit is designed to look like S.H.I.E.L.D.'s compromised offer to Peter. The suit zips up, has a tactical jacket collar, and features the Spider-Man logo on the shoulder. The mask has mesh eyes (instead of the more awkward flip-up goggles).

When you're lacking all the nifty gadgets that Iron Man bestows you, it comes down to using your own talents and powers to win the day. That alone is proof that Spider-Man is a pretty solid hero whether local or internationally! Enjoy becoming Spider-Man whether home or overseas in this Stealth Suit Spider-Man costume.