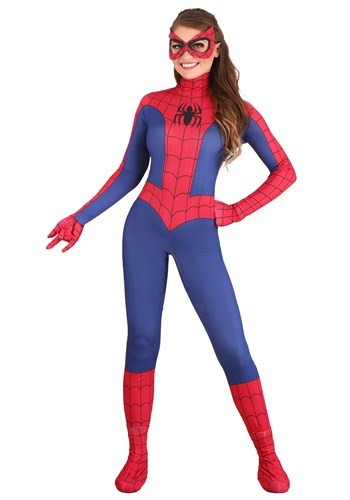 If you are a little new to the beloved world of Spider-Man, there are a number of things that you might need to know. Frankly, the whole truth behind the power of the Spider has a lot of folks a little confused. (Who would have thought that possible with the confusing multiverse of Marvel!?) So, the Spider-Man that you know the best showed up when a delightfully nerdy student found himself bit by a radioactive spider that had been experimented upon one too many times. We can all follow that without too much of a problem. We love our friendly neighborhood Spider-Man!

But, here's where things get a touch confusing. There's a whole multiverse filled with different variations of this story. A whole Spiderverse, in fact! Spider detectives. Spider androids. Worlds where it wasn't Peter Parker who became Spider-Man at all! "Oh, you mean like Spider-Woman, right?" you might be asking. But, nope. Spider-Woman is a completely different superhero all together. But, here's the real fun. With a wide Spiderverse, you can become your own Spider-You!

Transform yourself in the Spider-Person of your dreams with this Spider-Man costume, specially designed for the female physique. The design of the bodysuit matches the iconic outfit of Spider-Man from the comics, including the blue base, red shoulders and torso, and the black spiderweb detailing. The spider insignia is on the front chest. The legs have printing down the heals and boot covers complete the look. Instead of a full hood, you have a spider-themed mask.

When garbed up in this costume, you'll be able to decide for yourself if you come from an alternate universe or if you're a brand new part of Earth-616's story. Either way, you'll love your new Spider-Self. (Mysterious backstory not included, so be sure to let us know what you come up with!)