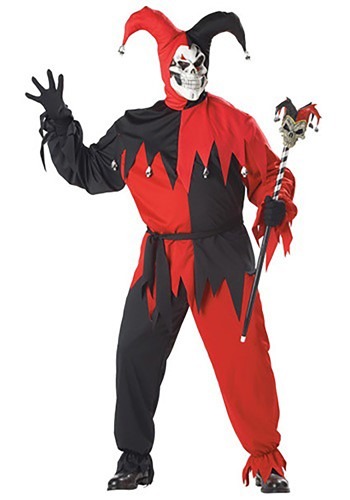 On the list of the most terrifying things in the known universe, it is surprising how high coulrophobia ranks. But, clowns? Really? They rank above demonic possession, being buried alive, talking to your mother about puberty, and even wasps. How is anything more scary than wasps!? (Well, technically they rank below needles—but we all expected that!) How did it even come to this? Clowns are entertainers. Joke-tellers. Balloon-benders. Nothing about it to be worried.

But, if you thought that fear of clowns was new, oh, do we have a nice surprise for you! Circus clowns might be a somewhat new development, but their predecessor had been around for a lot longer. The monarchy and nobles all around would call on the joking jesters to come to their keeps to provide a variety of goofy entertainment. Telling terrible jokes and throwing themselves to the ground for the amusement of all was their principal duty… but, if they failed to make an unruly king laugh, they might face execution. Such trauma lasts with an entertainer and occasionally makes for something pretty terrifying!

This Evil Jester Costume includes a pullover shirt and matching pant are black on one side and red on the other. The shirt features a jagged hemline and cuffs that should have been the king’s first hint that not all was right in the state of Denmark! The head-covering hood has a large jagged shawl collar and features a terrifyingly giddy skeletal mask. Add some black gloves and our jester skull cane (sold separately) and you will be ready to make the nobility laugh themselves to death.

So, think you've got what it takes to suit up as an Evil Jester? This costume will certainly let you become the wicked little jester who has gone completely mad. It will totally show off that you’ve caught the crazy. So, you're welcome! You didn't know you were going to catch the crazy before you stopped here at HalloweenCostumes, did you?