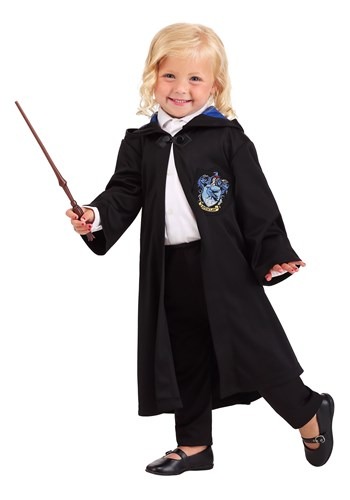 Hogwarts has seen its share of wizard twins—the Weasley brothers and Patel sisters come quickly to mind. The one major difference between the two sibling pairs was how they spent their Hogwarts years. The Weasleys shared a common room and the Patels lived in separate houses. There was never an inkling of unquiet between the sisters, despite having such opposing traits. Where Gryffindor is practical, Ravenclaw tended toward the impractical. While Ravenclaw boasted learning for learning's sake, Gryffindor preferred to take themselves less seriously. And yet, like two different sides of the same coin, the sisters showed a devoted yet relaxed bond.

If any two siblings were to be separated by houses, lucky are the ones that wind up in Ravenclaw and Gryffindor. A toddler destined for Ravenclaw would be able to see past the differences between themselves and their twin with their love of individualism. In fact, a Ravenclaw student may just take the opportunity to observe just how two opposing forces would work as a team.

Prepare for the excitement of raising an eccentric Ravenclaw and get your little one dressed for their Hogwarts journey. In Ravenclaw house they’ll find themselves ready for a life lived to the fullest, exploring their greatest interests and watching how the other houses compare. In this exclusive Ravenclaw Robe, your toddler will have what they need to stake their claim at Hogwarts. The sleek black robe is lined with the brilliant Ravenclaw blue making this a robe that will stand out from the crowd. Whether they choose to embrace the differences between themselves and their closest companions or sink into their own magical world, they’ll be ready with the Ravenclaw eagle embroidered on their robes.

When the Sorting Hat meets your child, will they be placed in Ravenclaw or one of the other Hogwarts houses? If your toddler shows the signs of the wise and openminded Ravenclaws, let them give these officially licensed Ravenclaw Robes a whirl. Their creativity and curious nature will blossom as a young Ravenclaw student.