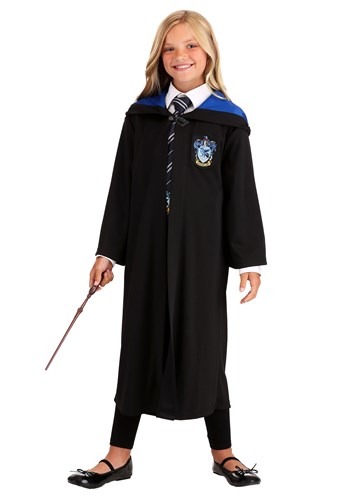 The list of famous Ravenclaws is lengthy. While the ancient house doesn't get to claim the likes of Merlin (that's Slytherin) they do have the inventor of Floo powder, a couple of former Ministers for Magic, and everyone's favorite wandmaker, Ollivander. The house also hosted a few notable members from Harry Potter's time at Hogwarts, like Michael Corner, Padma Patil, Cho Chang, Luna Lovegood, and Lisa Turpin.

You know, Lisa! She was sorted into Ravenclaw the same time Harry was sorted into Gryffindor. You don't remember? Well, while everyone was focused on Harry and his closest friends, Lisa embraced her eccentricities (like many Ravenclaws) and made her way through the Potter ages at Hogwarts fairly unnoticed. Lisa was actually the first in Harry's year to find the Room of Requirement. Inside, she found Ravenclaw's lost diadem. Being a shrewd student, she left it there and kept it a secret, sensing its great deal of dark and undiscovered magic. Miss Turpin did not associate with the rambunctious lot that comprised most of Harry's class, so naturally, most of her knowledge was seen later in life. After her 7 years at Hogwarts, Lisa is noted to have expanded on the standing associations for the element of air and even invented a pair of wings that a witch or wizard could use in place of brooms or apparition (they didn't become popular).

With the likes of Lisa Turpin among its notable members, you should be proud to learn your child has been sorted into Ravenclaw house. In this exclusive Ravenclaw Robe, your Hogwarts student will be ready to embrace all the qualities that make a Ravenclaw in style. The black robe's hood is lined with Ravenclaw's signature blue and marked with the noble Ravenclaw crest. Your smart Ravenclaw won't have to worry about not looking sharp or missing a closure with the simple button and loop fastener at the neck of the hooded robe.

There's no stopping children with the wisdom of Ravenclaw on their side and the noble raven displayed on their chest. So encourage your children to accept the possibility of genius and to foster their individuality when they head off on their next adventure in their own Ravenclaw Robe.