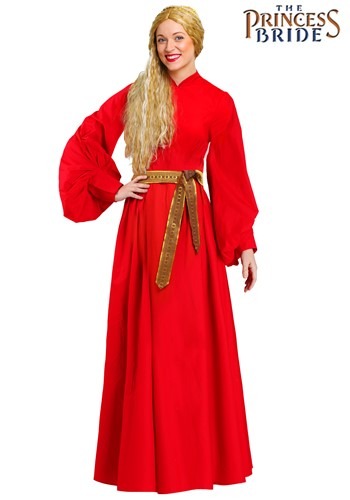 A Queen of a Character

Was The Princess Bride your favorite movie to watch over and over (and maybe over again) when you were sick as a kid? Has that pattern continued into your adulthood? Who would have thought that a film starting off with a whiny kid would have resonated so well with us!? We blame it on the fantastic characters that fill the story.

While the movie is chockfull of characters that are true gems, it wouldn't have been nearly as good if Princess Buttercup hadn't been the smart and strong woman that we all looked up to. How could we forget how perfectly fairytale beautiful she and Westley looked as they said their goodbyes front of the setting sun, even as we rolled our eyes in fake disgust at the passionate kiss? And we all dreamed of that moment when someone would look into our eyes and say those three important words, "As you wish."

So, the only question that remains: are you still waiting to become our Princess Buttercup?

We're happy to say those three words to you and offer up this officially licensed Buttercup Dress. This is a Made by Us costume designed to replicate Buttercup's look in the pre-princess stage of her life. It's perfect for when you're being kidnapped by a short, scheming Sicilians... but even better for winning over the folks at the Halloween party. The dress has full dramatic sleeves and a high empire waist with pleats that are belted with gold fabric. (It'll really make an impact as you're fleeing your fiancé's henchman in the dangerous Fire Swamp!) Add the golden Buttercup wig and you'll be ready to live those childhood dreams at last!

We're not totally sure that you're guaranteed a role in royalty as soon as you wear this Buttercup Peasant dress, but we're happy to get you a step closer to the crown!