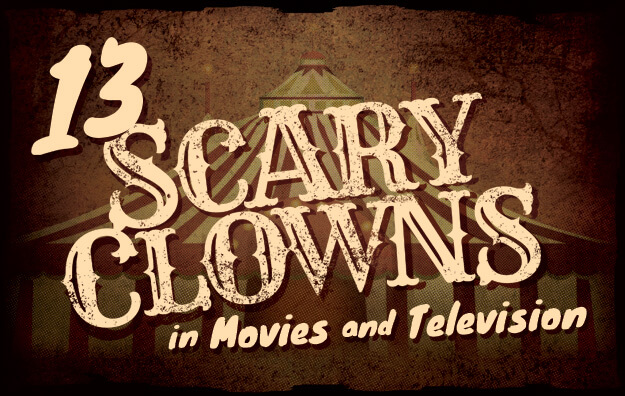 Why are clowns so terrifying? Is it the blood-red lips? Or the perpetually-smiling mouths? Maybe they terrified us as children, like Santa Claus or the Easter Bunny. For someone with a fear of clowns, often called “coulrophobia”, even the most joyful clowns are downright sinister. And even when they’re actually harmless, clowns can appear unsettling or weird. As far as we’re concerned, all clowns are scary clowns! With this in mind, we looked at the 13 of the most iconic scary clowns in movies and television, along with a number of honorable mentions.

Our apologies to anyone with coulrophobia! If you're scared of clowns or know someone who is, we've also made a less-scary version of this same infographic. Click on the image below to see it in full! 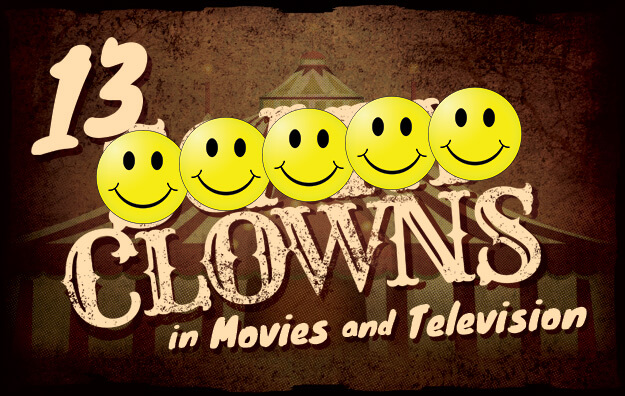 Clowns are supposed to be funny characters, entertaining children, and adults alike with their gags and slapstick comedy. But they can unintentionally appear creepy and weird, provoking the opposite reaction. Horror films often take advantage of this, preying on people with coulrophobia (fear of clowns), portraying clowns as terrifying, murderous villains. This is a timeline of our favorite scary clowns-both disturbing and outright evil- from movies and television.

Note: The "Large Marge" effects in the film were designed by the Chiodo Brothers, directors of Killer Klowns from Outer Space.

Note: Blood Harvest was Tiny Tim's one and only appearance in a drama or horror film. He was otherwise known for his version of the song "Tiptoe Through the Tulips".

Note: This B-movie had since become a cult classic.

Note: The Joker is often called "The Clown Prince of Crime"

Powers: Knows the fears and phobias of his victims, can transform into anything

Note: Pennywise is widely regarded as the most iconic clown in horror films.

Powers: Can transform into other creatures, including his true form, a massive horned demon

Note: The clown costume and makeup took nearly four hours to apply every day. Luckily for John Leguizamo, the demon form was animatronic and computer-generated.

Note: In the films, Captain Spaulding runs the Museum of Monsters and Madmen, a tribute to circus sideshow acts.

Note: The bit character, Robbie, was played by Morgan Spurlock, He also directed Super Size Me, a documentary about the dangers of fast food. Health dangers, at least. There were no clown cleavers.

Note: The zombie is killed by a mallet from a carnival high striker game.

Note: John Carrol Lynch was so terrifying as Twisty that other actors often had to leave the set.

So who’s your favorite scary clown? Or clowns? Did they make the top 13 or the honorable mentions? Tell us in the comments! And feel free to mention any scary clown movies that we overlooked. If you’re thinking about scary clowns for Halloween, check out our variety of clown costumes, including Pennywise the Clown!