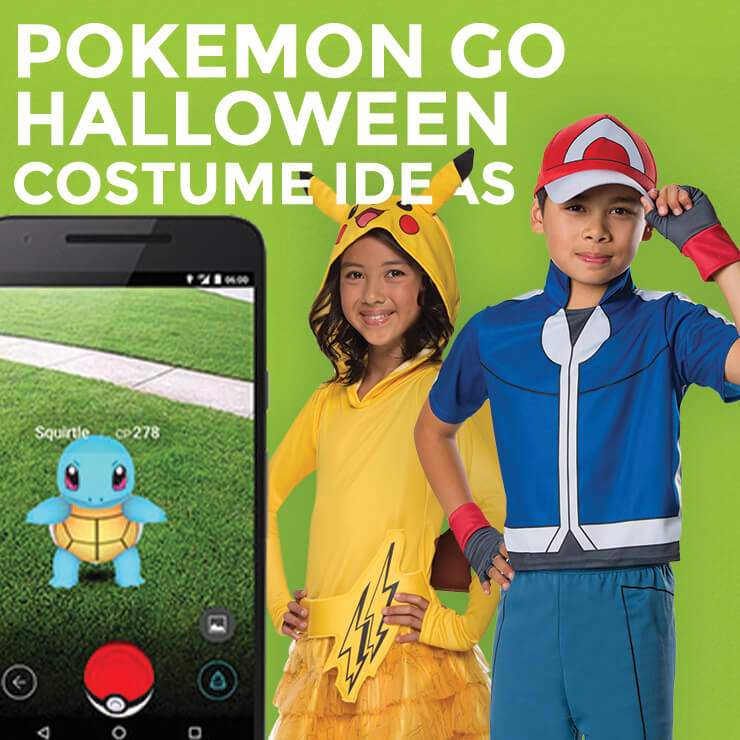 Pokémon GO hit the US Android and Apple app stores last week and, well, if you’ve seen an influx of people walking the sidewalks with their phones in front of them, that’s why. This new AR game turns regular smart phone users into real life Pokémon trainers – you can walk down the street by your house and catch a cute Pidgey hanging out by the mailbox or you can go to the local park in your neighborhood and defend your territory at the gym, battling your Pokémon against others in the area. While you’re catching ‘em all, you have to look the part. We know that the video game series will be as popular as ever this Halloween, so here are some Pokémon costumes to get you ready for October. 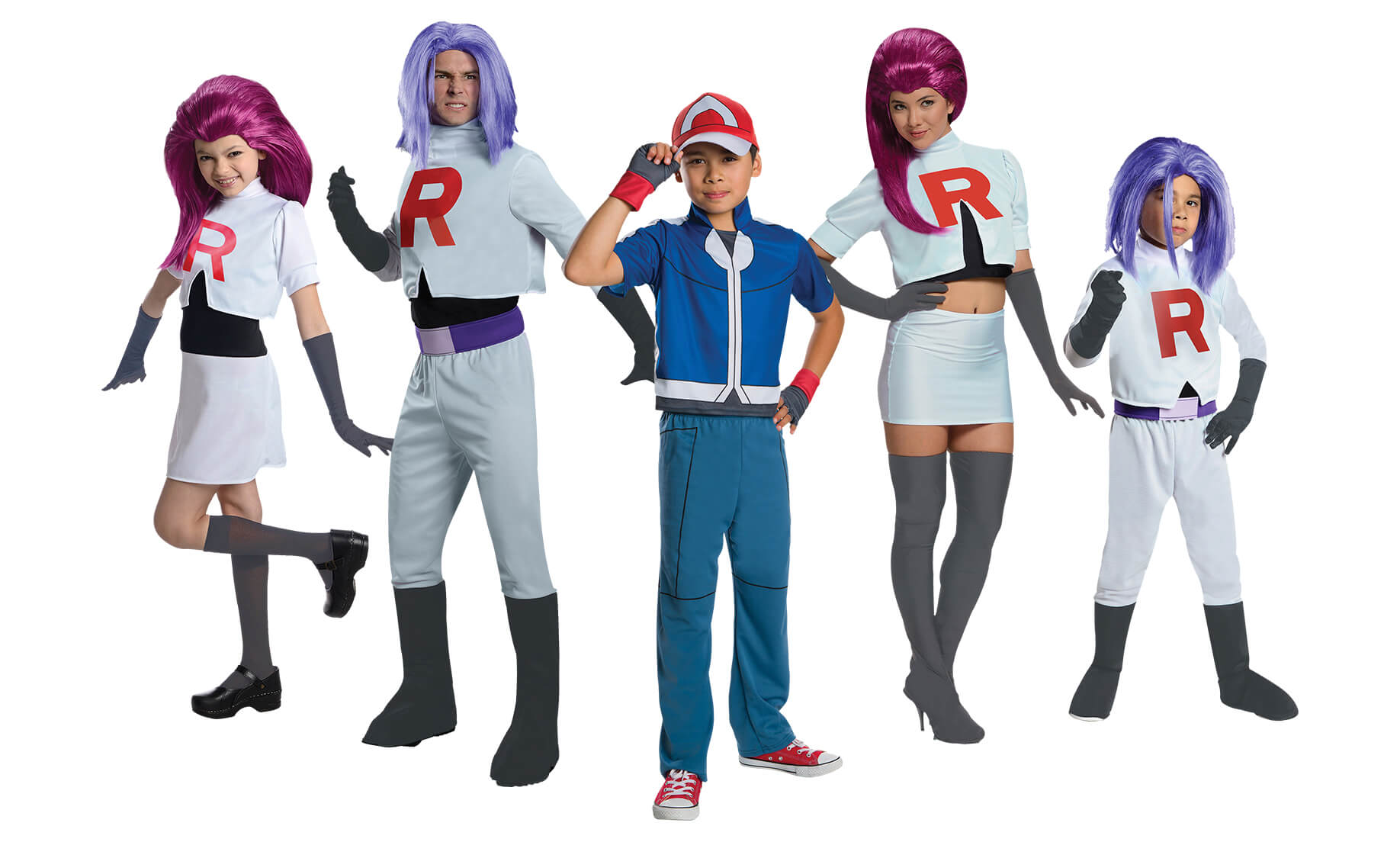 While Pokémon GO gives you two options for your trainer (boy or girl), nothing beats catching ‘mon dressed as the classic Ash Ketchum. That red hat is a must-have while walking the streets, tossing a Pokéball at that 45th Rattata. You KNOW if you’re Ash, though, Pikachu has to be your number one when you attempt to take over a local gym. Another option for a trainer costume? Team Rocket, of course! They may be villains, but they are trainers, through and through. Plus, you can’t say no to Meowth, can you? On the double! 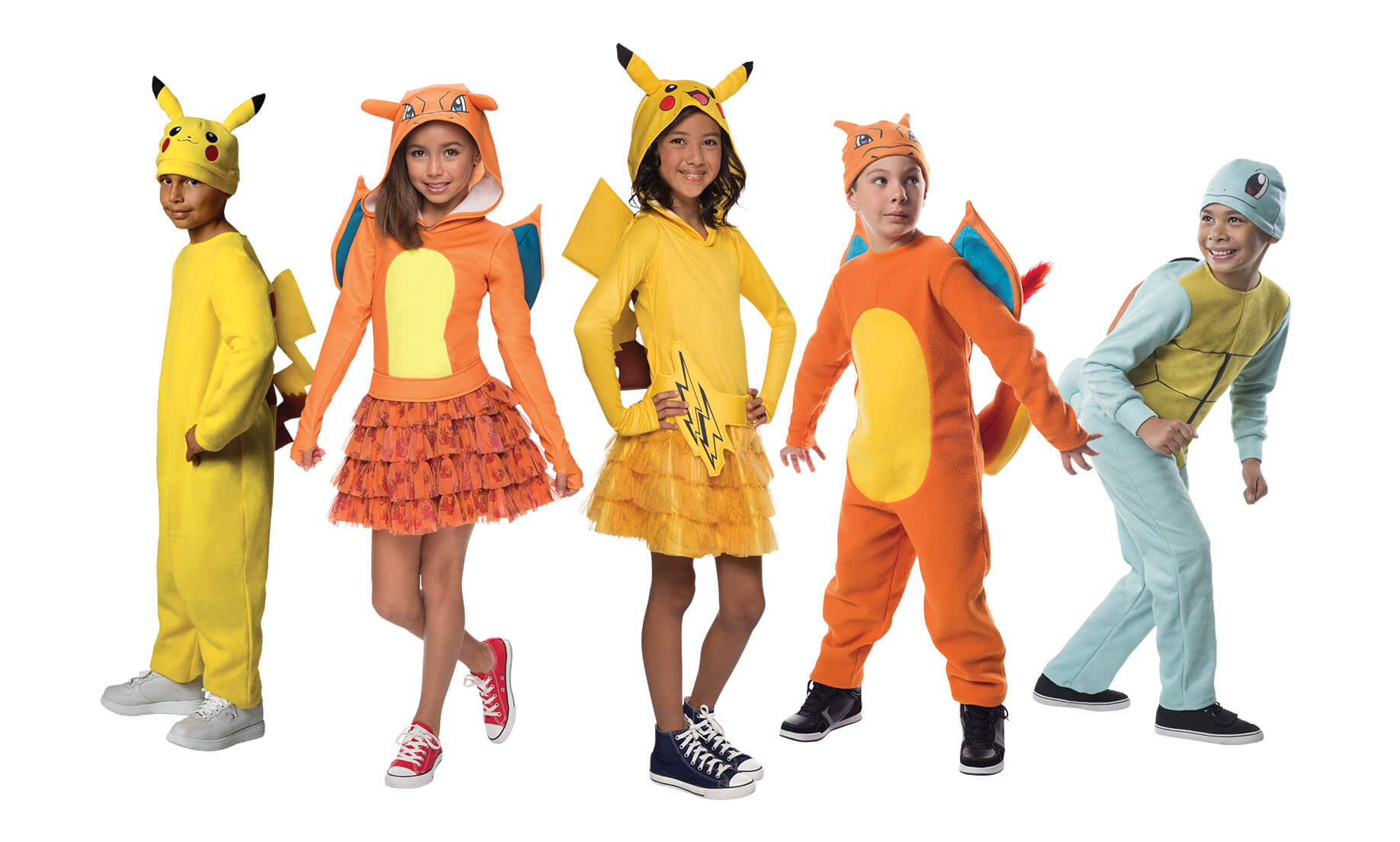 Pokémon GO features only the original 151 Pokémon, but that’s okay with us. Laying on your couch with a Gameboy trying to fill out your Pokédex with all 700+ entries is one thing, but going out in the world to catch these bad boys? Let’s start with just 151 and see how that goes. For Halloween, you could go dressed as Pikachu to complement an Ash costume. You could also convince a bunch of your friends to dress up as Squirtle, find some black sunglasses, and be the Squirtle Squad. 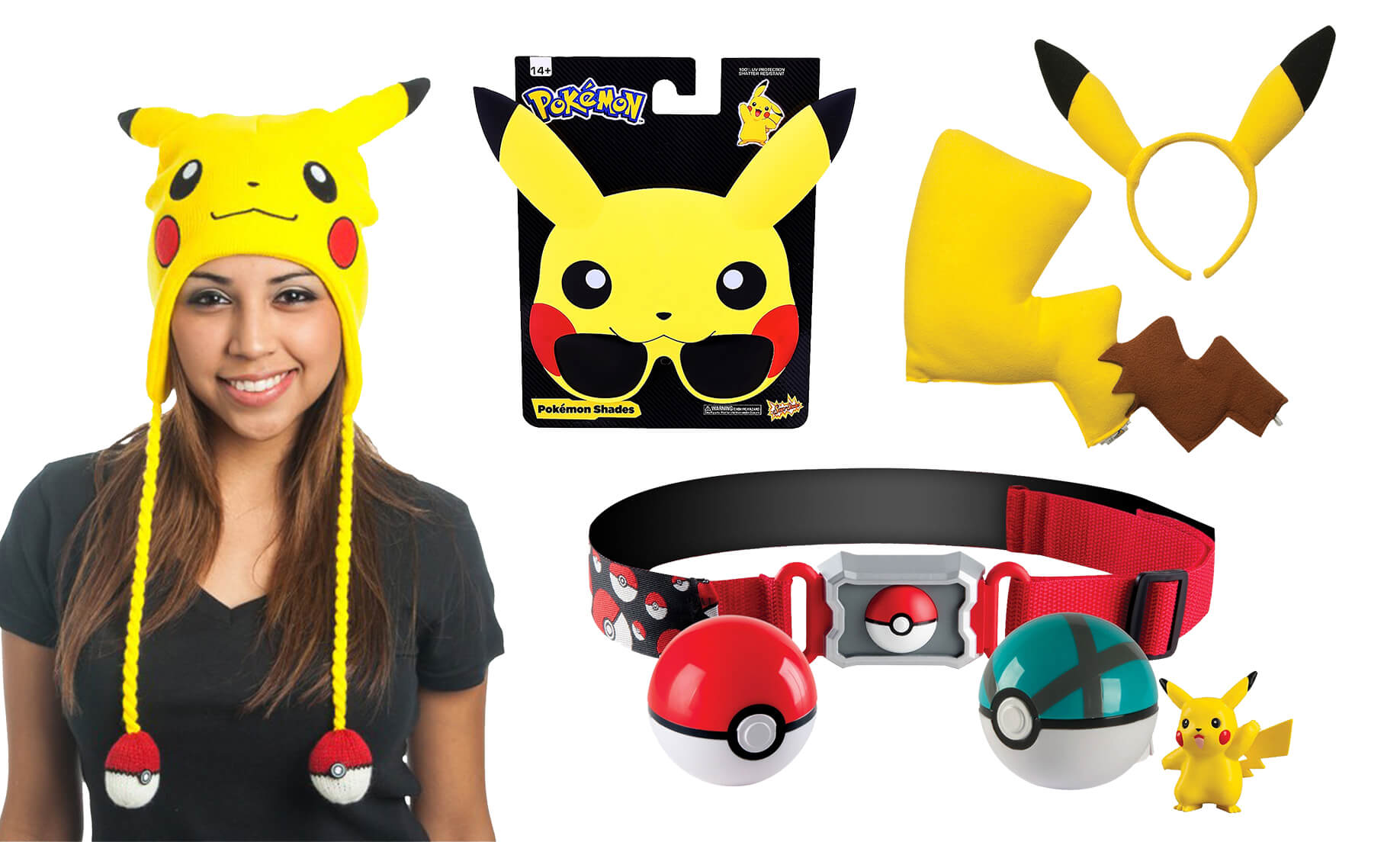 Like we mentioned above, it’s pretty easy these days to spot a Pokémon GO player. Are they in a group? Looking at cell phone held straight out in front of them? At a little landmark-type spot on the sidewalk? Maaaaybe in a church parking lot? If so, they’re definitely picking up some eggs and potions at a Pokéstop. You know, they won’t all be wearing Charizard costumes and Team Rocket jumpsuits. For the more casual Pokémon GO player, a pair of sunglasses or a nice Pikachu hat will say “I love this game!” without saying “I REALLY LOVE THIS GAME!!”

Are you playing Pokémon GO or are you holding out a little bit longer for the servers to get a bit more stable? Are there any that you wanna catch outside of the original bunch? Seeing a Mudkip out about town would be pretty incredible. Between this app and Pokémon Sun and Moon coming out on November 18th, this is definitely a good year for the franchise! See here for the rest of our Pokémon costumes.