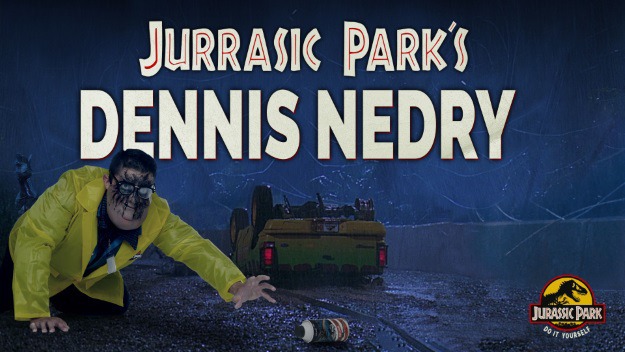 The film Jurassic World was kind of a big deal this year, since, you know, it set the all-time record for highest box office sales worldwide and all. BUT. Let's be honest: the best parts of Jurassic World were any nostalgic throwbacks and references to the film that started it all...Jurassic Park! JW is shiny and new, but every character, scene, and line of JP is, and forever will be, classic. If you want to be trendy, go ahead and dress as Owen Grady this year. But if you seek to be hailed a "Halloween hero" by fellow late 80s/early 90s babies this Halloween weekend, go with a classic character from Jurassic Park.

Since we at HalloweenCostumes.com love a challenge, we didn't opt for the black leather clad Dr. Malcolm, the jeans and khaki sporting Dr. Grant, or even the white-suited straw-hatted John Hammond. The Jurassic Park costume that we chose to recreate were two costumes worn by the Barbasol blundering, vending machine plundering, inGen underling, Dennis Nedry.

"Dodgson! We got Dodgson here! See nobody cares."

This scene was so cool, that even if you're a girl you wanted to buy a can of Barbasol shaving cream and pretend there were dinosaur embryos inside a secret bottom compartment.If you've always wanted an excuse to shout, "Dodgson! We've got Dodgson here," [or insert friend's name] then this costume is your ticket! Here's what we came up with: 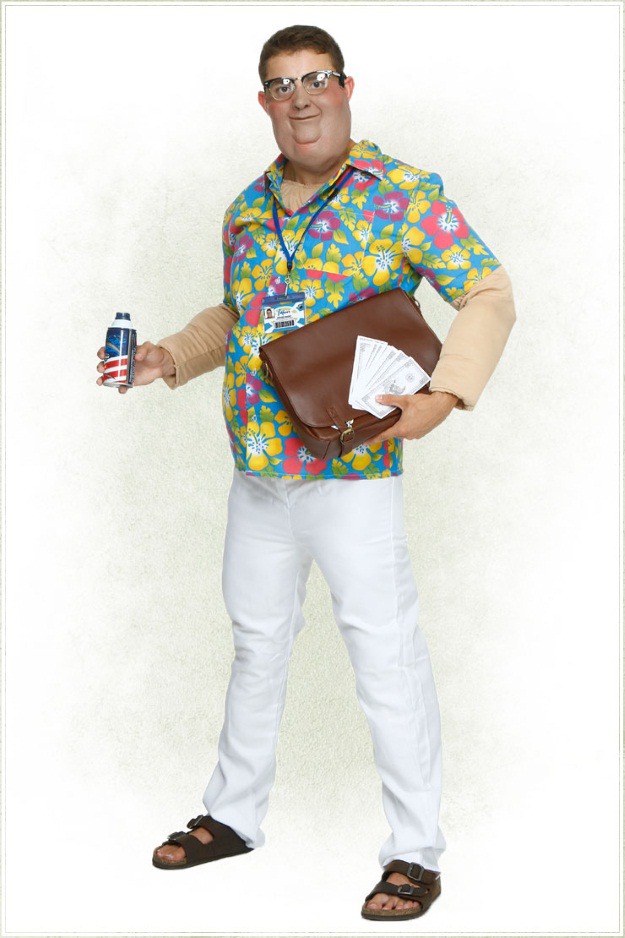 It's a costume that just screams, "Don't get cheap on me, Dodgson!" 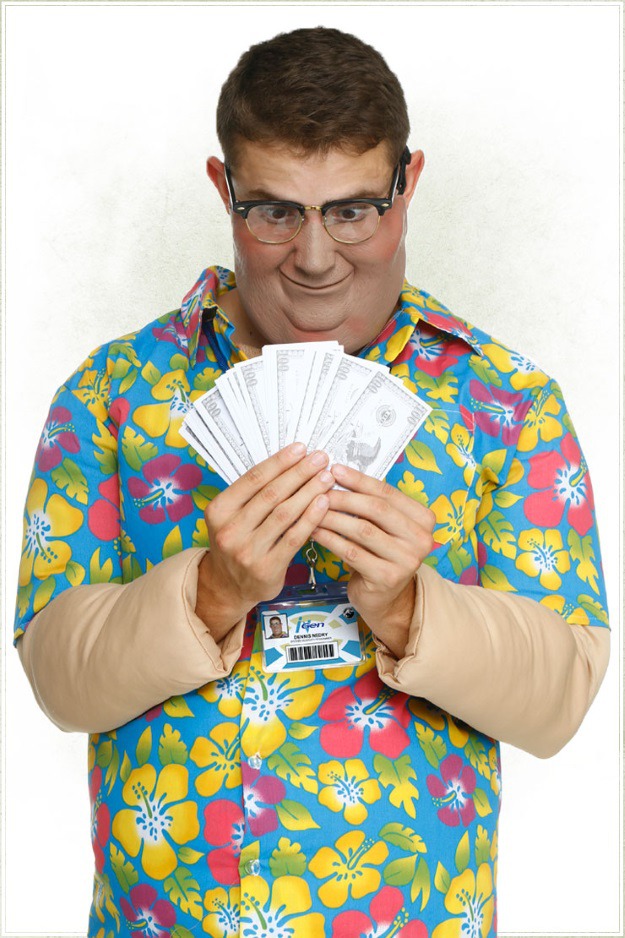 Besides junk food, money is the only thing that motivates Dennis Nedry. 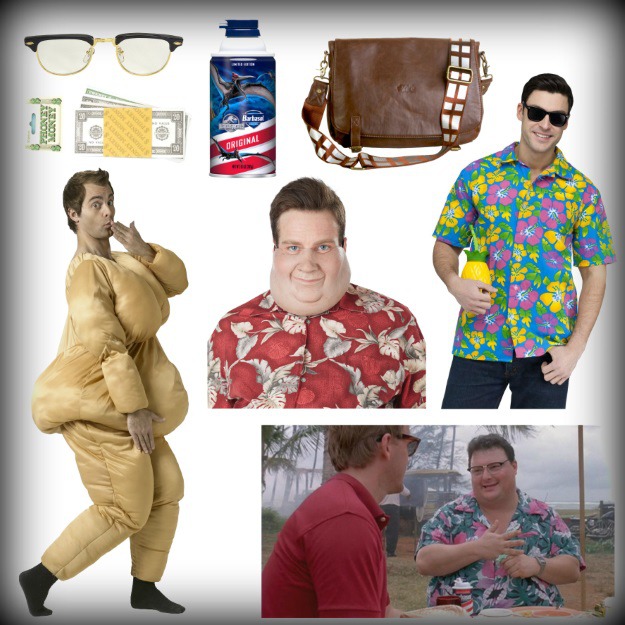 There isn't really anything do "DIY," at least as far as crafting goes! We just assembled all of the items shown above, starting with the adult size fat suit underneath the additional apparel items. We used our leather Chewbacca messenger bag as the briefcase full of money and we were sure to purchase a classic Barbasol shaving cream can from our local pharmacy. If this costume doesn't quite take it far enough for you, and you want to add a special extra something, oh, say...black tar on your face, read on for a second option!

"It's a stick! Stick, stupid! Ah, no wonder you're extinct."

"I'm gonna run you over when I come back down!" "Yeah, well I'm going to spit poison in your face and eat you alive!" If only dinosaurs could talk, perhaps poor Dennis Nedry may have stood a chance. Then again, he totally deserved what he got. If you want to recreate this rainy, poison-y, surprise dinosaur attack-y scene for 'Ween'15, here's how! 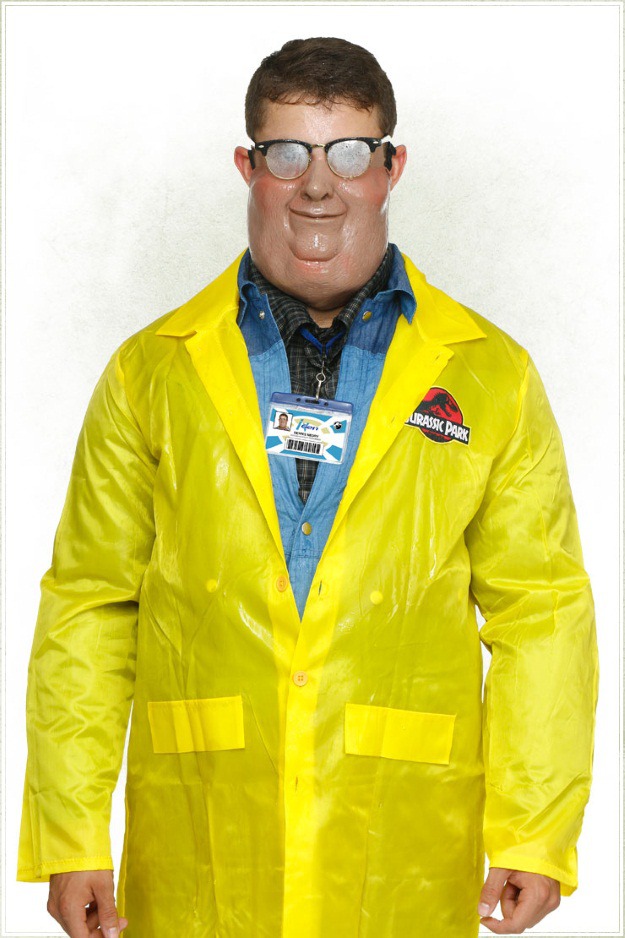 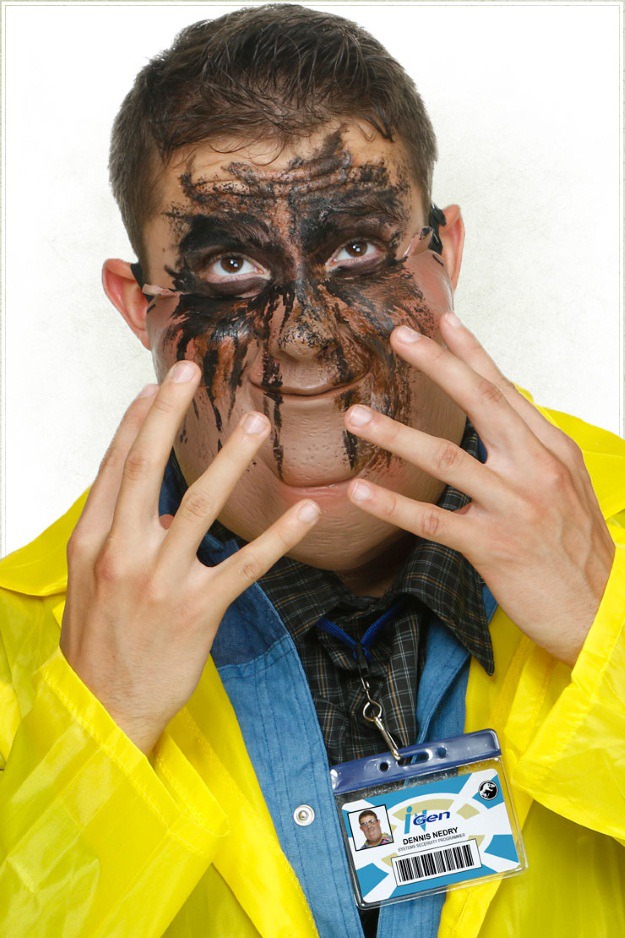 "What do you want? You want food? Look at me. I just fell down a hill. I'm soaking wet. I don't have any food. I have no food on me" 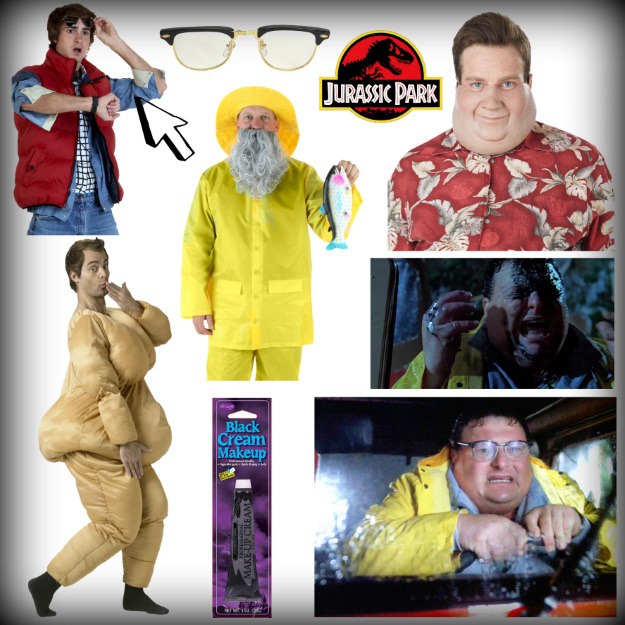 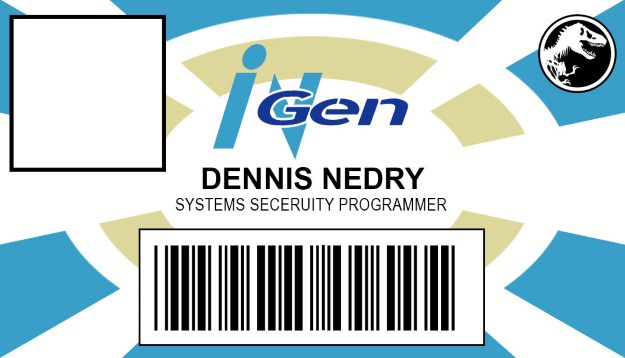 As the main security systems programmer, Dennis Nedry had full access to everywhere in Jurassic Park. And how else do you gain full access but through an official-looking badge? Print off the image above, adhere a fetching picture of yourself to the upper corner, and you too shall be granted full park access! Just don't ever type in your password wrong, or your ears will be submitted to, "Uh uh uh! You didn't say the magic word! Uh uh uh! Uh uh uh!"

Unlike Mr. Hammond who famously "spared no expense," these costumes are relatively inexpensive to put together. Which of these Dennis Nedry DIY costumes is your favorite? Would you opt to dress as an alternate character from Jurassic Park or Jurassic World instead? Let us know in the comments below!