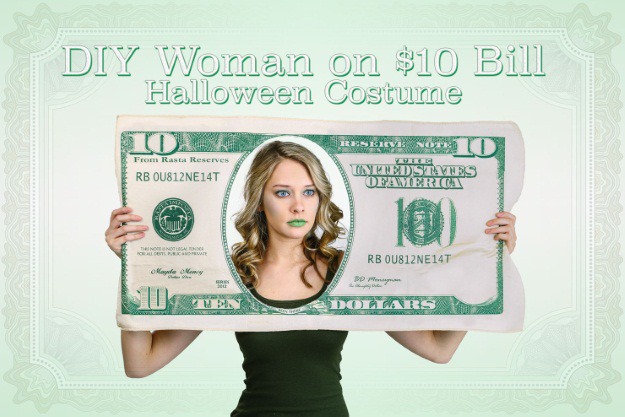 To coincide with the 100th anniversary of the 19th amendment (which allowed women the right to vote), the United States Treasury has announced that in 2020 they will unveil a newly designed $10 bill with a woman front and center. While many had petitioned for the $20 note as the bill of choice to be redesigned, Treasury Secretary Jack Lew clarified that it was more an issue of currency security than the politics of Andrew Jackson and Alexander Hamilton. Opening up the discussion to the public, Lew has stated that the only qualification for the woman on the bill is someone “who was a champion for our inclusive democracy.”

With this easy and affordable $10 bill costume DIY, you can be that woman! Show your pride for democracy, capitalism, and dolla dolla bills with this fun DIY that puts your face on the tenner. Add your name to the prestigious list of candidates such as Susan B. Anthony, Betty Friedan, Rosa Parks, Harriet Tubman, and Eleanor Roosevelt. While the new bill won’t arrive until 2020, it’s never too early to start campaigning for yourself. Check out the materials and instructions below for how to create this $10 bill Halloween costume. 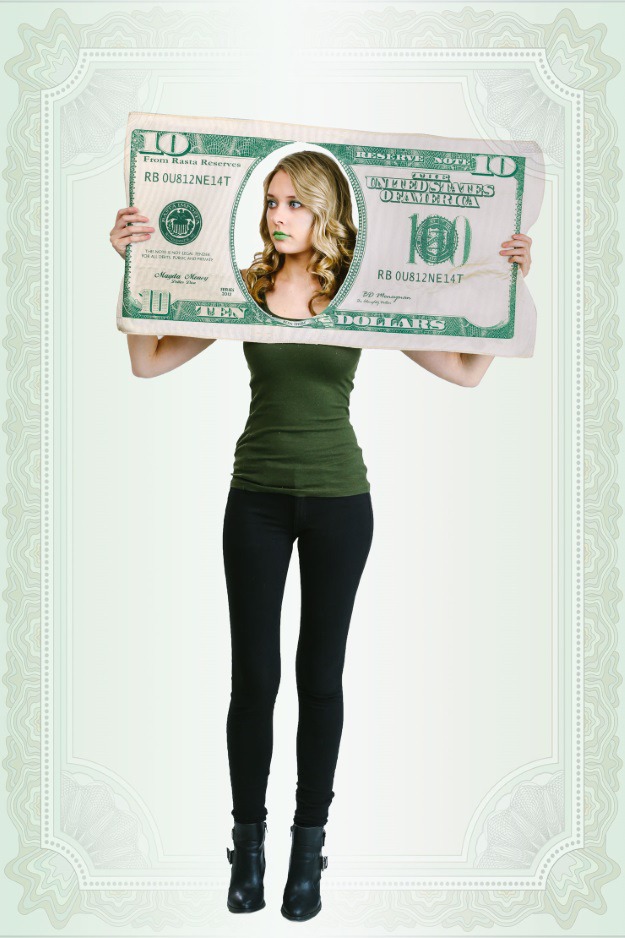 What is great about this DIY costume is that it only takes a few subtle pops of green to pull it off.  You don't need to wear an obtrusive cloak or skirt. Simple dark pants and boots along with a green shirt pair well with the greys and greens of the faux-currency. The expression you choose to wear on your face is up to you, but our model went for the stoic look similar to what Alexander Hamilton displays on the current $10 bill. 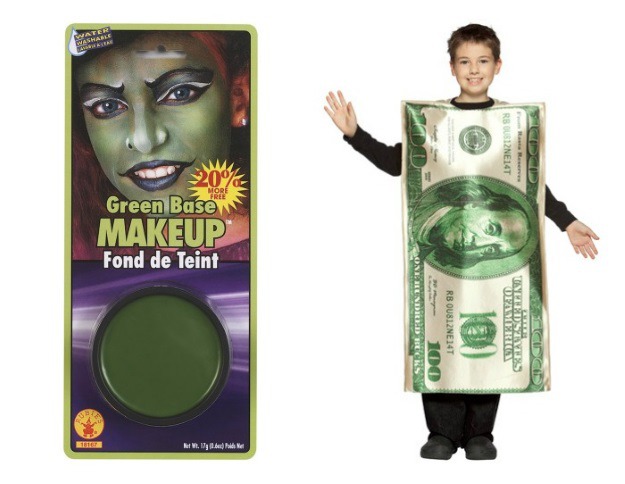 While the $10 bill may not be as coveted as the $20 or the $100, it’s still nothing to sneeze at. Putting a woman on a United States bill is a big deal, so there are naturally a lot of very intense opinions surrounding the change. More than a costume, this woman on a $10 bill DIY costume might even spark constructive debate about the role and importance of women in politics! What do you think of the finished DIY project? What woman would you like to see on the $10 bill? No, you can’t nominate your mother.