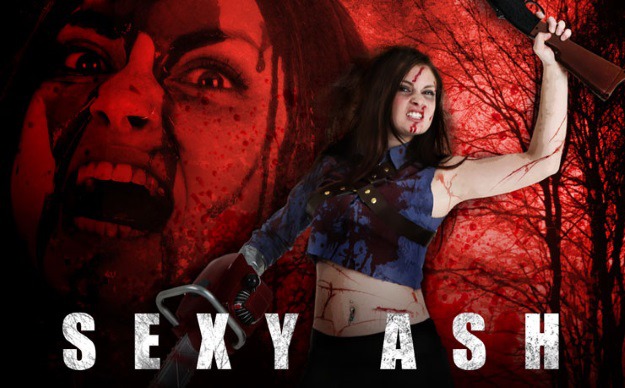 On a scale of one to groovy, how excited are you for the premiere of Ash vs. Evil Dead on Starz this Halloween? In our eyes, Bruce Campbell is one of the reigning kings of horror, and his half-slapstick/half-serious portrayal of Ash in the Evil Dead movies is a staple of October viewing. We just know that the new TV series starring Bruce himself will be a perfect addition to the franchise canon. Armed with a boomstick, a chainsaw, and a gallon of fake blood, we set out to create a sexy, girl costume version of Ash, our hero.

How to Make a Sexy Ash Costume 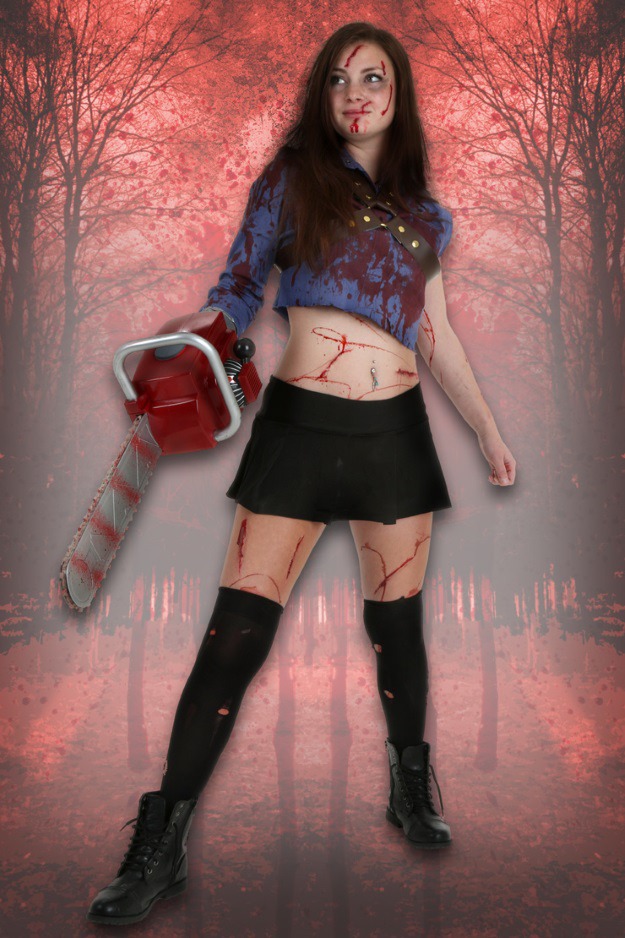 There are a few things that are completely necessary when recreating Ash’s look – a blue, button-up shirt, some brown, leather chest straps, and a red, chainsaw in place of a hand. And blood. So, so, so much blood. 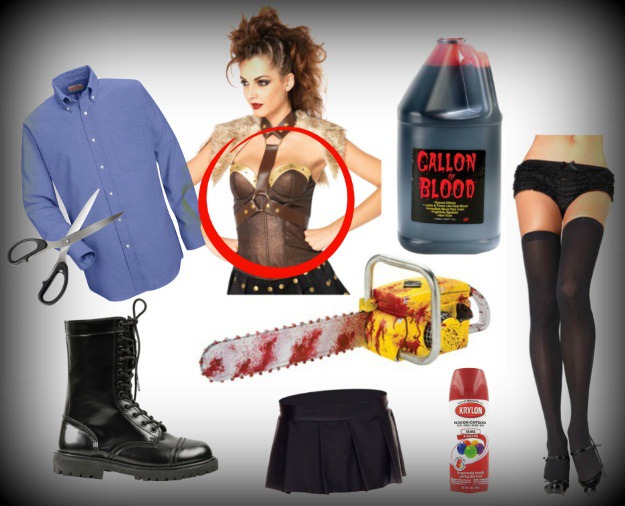 There were a few “most fun” parts of this DIY. For example, chopping up a blue shirt found at the thrift store was pretty cool. To create the chest straps, we took two of the faux-leather body harnesses, took off the fake fur, and attached them together to create an x-shaped body belt. That was fun, too. But… seriously, who are we kidding? The MOST “most fun” part was making the chainsaw! We cut an arm-shaped circle in the back and spray-painted the whole body red. It sounds very glamourous, but we had the model wear a sock on her hand to protect her from any unsmooth parts of the arm hole and then added a generous helping of duct tape around her wrist. 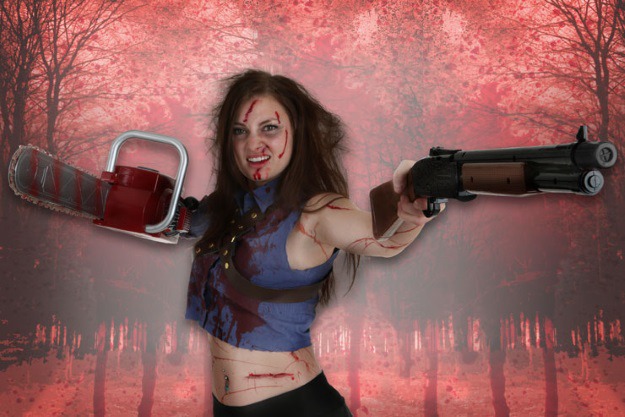 Let's head on down into that cellar and carve ourselves a witch. 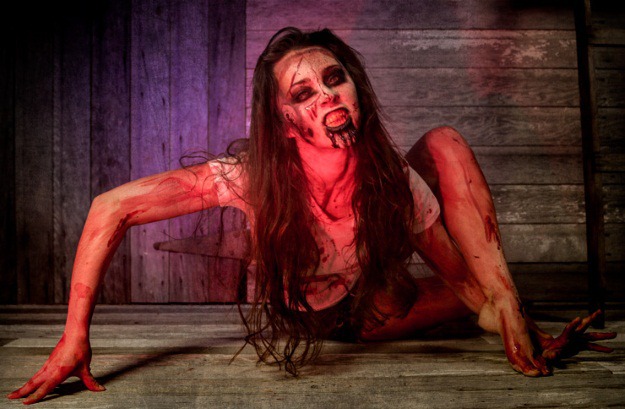 Of course, what’s a sexy Ash to do without a sexy Deadite to fight? We played around with our Special Effects Complete Makeup Kit by Mehron to create this super creepy zombie. Our model is also wearing the zombie contact lenses to complete this eerie look. 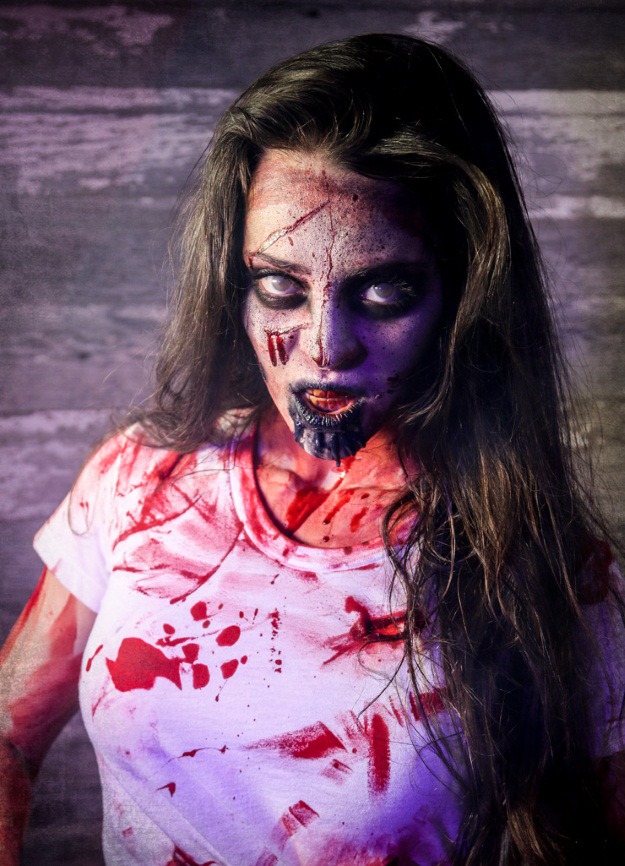 Dead by dawn! Dead by Dawn!

So, if you had to pick – would you be Ash for Halloween or would you be a possessed monster that’s trying to kill him? You can't really go wrong with an Evil Dead costume for Halloween! Whichever side of good or evil you choose, this Necronomicon might be able to help you get what you want. Just repeat after us: klaatu verate nikto….