It was a video that stopped everyone in their tracks. Years from now, we’ll all have a story to answer the question “Where you when you first saw it?” We’re talking about Pizza Rat, of course, the viral video showing a rat from NYC carrying a slice of pizza larger than its body down a flight of stairs. There’s absolutely NOTHING that you can’t identify with while watching this: the rat is hungry, the rat loves pizza, the rat will do anything to get that pizza home for a big, fat bite of that delicious ch-ch-ch-cheese.

WHY does the rat give up at the end?! He was in the home stretch! 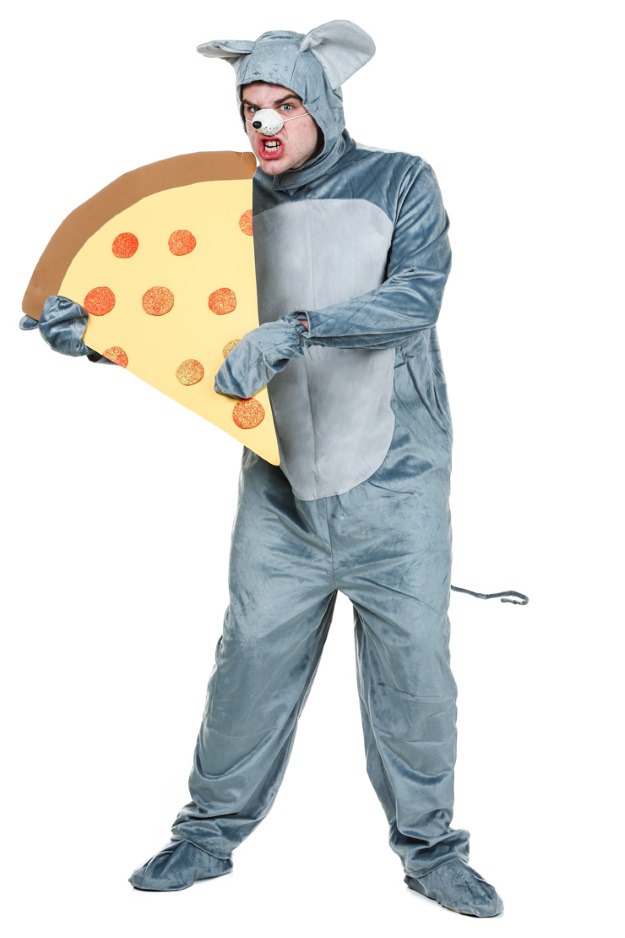 When you’ve been so inspired by a hero such as this Italian food loving rodent, there’s just one way to honor him: make a Halloween costume! (It’s the only way we know how.) It’s really quite simple and we’re excited to show you how. 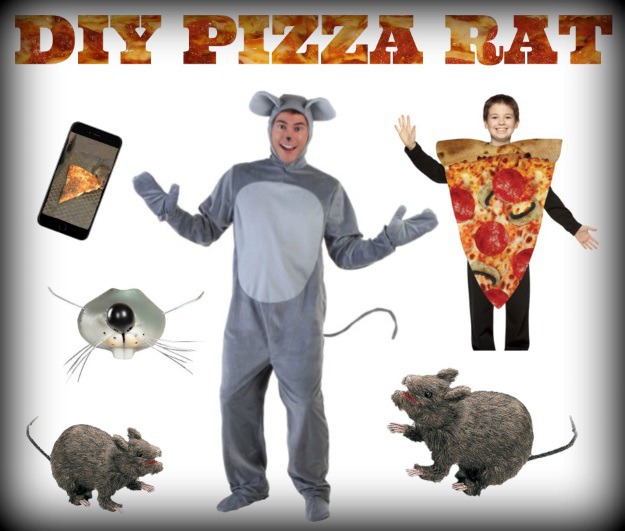 The base of our rat costume is actually a mouse costume (but we doubt anyone's gonna call you out on that)! Our pizza-de-résistance of this DIY Halloween costume is most definitely the giant slice of ‘za that we cooked up. We cut the separate pieces (cheese, crust, and sparkly pepperoni) from craft foam sheets and hot glued them onto a triangle-shaped Styrofoam board. Done! Dinner is served! 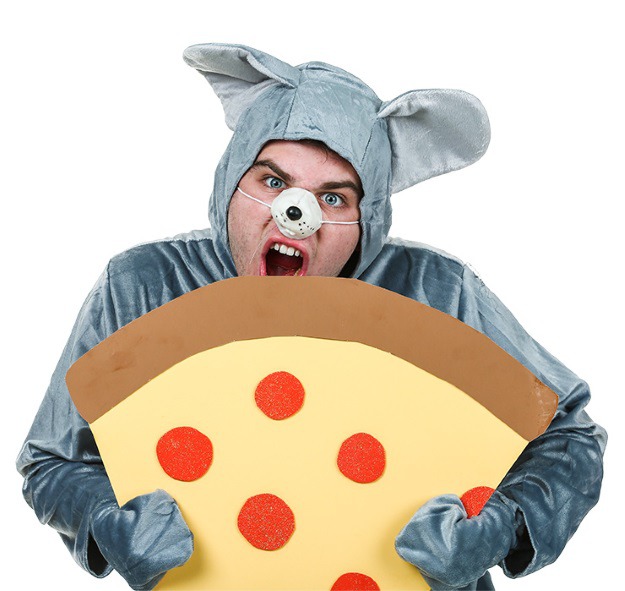 As far as the costume goes, that’s pretty straightforward, right? Dress as a rat and get to munching on a slice of New York’s finest. If you don’t want to dress up, that’s okay, too – you can set up a little Halloween décor scene in your house with your crafted pizza and one of our prop rats. Set up your tablet with the video on loop. It never gets old. Trust us. We watched it a lot while putting this costume together. Funny EVERY TIME.

If you dress as Pizza Rat this Halloween 2015, you have to, have to, HAVE TO show us. Take lots of pictures and tag us on any social media platform you want.  Godspeed, you Pizza Rat fans! And God bless.