The incredible technology dreamed up by George Lucas when he created the Star Wars universe has been imagination food for generations of fans since. None more so than the lightsaber, wielded by those samurai-like mystics the Jedi and their evil counterparts, the Sith. Since Obi-Wan Kenobi and Darth Vader had their duel aboard the Death Star, followers have yearned for more of this iconic weapon from the Star Wars franchise.

December 2015 will see the release of Star Wars: Episode VII - The Force Awakens, and with it the return of these awe-inspiring weapons. Kylo Ren, one of the major villains from the new film, wields the latest version of the lightsaber, which has been dubbed "The Cross-Guard Lightsaber" by fans. This imposing design boasts two miniature sabers that act as handguards, similar to a medieval sword. In celebration, and because we couldn't turn down lightsaber research, we've put together a beautiful infographic charting some of the most important, most unique, and most recognizable lightsabers from the Star Wars Universe.

"This is the weapon of a Jedi Knight. Not as clumsy or random as a blaster; an elegant weapon for a more civilized age."

A weapon of mystery and elegance, the lightsaber entranced a generation. What's not to like about a sword of pure plasma wielded by an order of mystic space samurai? Now as the world prepares for the release of Star Wars: Episode VII - The Force Awakens, we have a new generation to mesmerize with these iconic weapons. There are thousands of Jedi in the Star Wars universe, but here are some of the most important and unique sabers from the Star Wars films, The Clone Wars, and Star Wars: Rebels.

Have you boarded the train to Hype Town? Did you learn anything new about these famous lightsabers that you didn't know before? Take a moment and drop a comment below on which saber was your favorite. And while you're here, check out our huge selection of both Star Wars costumes and lightsabers! May the Force be with you! 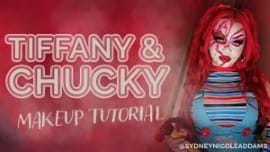