When George Lucas concieved of Star Wars, he created an industry - costumes and animatronics, special effects and digital sound, you name it! Many of the things we take for granted in movies today exists because of Lucas, LucasArts, Skywalker Sound, and Industrial Light & Magic. Nobody does iconic looks like George Lucas and his creative team, and next to Darth Vader himself, the Stormtroopers have some of the most noticeable and recognizable costumes in the Star Wars universe.

While the Stormtrooper and clone trooper armors haven't changed much in their look since the Clone Wars, their helmets have undergone the most drastic changes and had the most amazing variations throughout their use. From the onset of the Clone Wars to 2015's Episode VII: The Force Awakens, check out how the Stormtrooper costume has changed in it's nearly 50-year history!

In a series of iconic characters, Star Wars' Stormtroopers is one of the most recognizable costumes worn in the galaxy far, far away. Between the original trilogy, and the prequel trilogy we see a lot of different versions of that iconic white and black armor, meant to inspire hope in the allies of the Republic & to strike fear into the enemies of the Empire. The armor of the troopers in Star Wars has changed significantly from film to film. As we prepare for the beginning of the new trilogy, we look back to how this iconic costume has changed and how Star Wars Episode VII: The Force Awakens will change it further.

While the military armor in Star Wars is heavily varied, the armaments were pretty standard. The Clones and Stormtrooper legions used the same weapons in training as they used on the battlefield. While the arms were updated through time—when the Troopers found something they liked—they used it across the Galaxy.

What did you think? Find something you haven't seen before? Excited for the new movies? Drop a comment with which helmet you liked better. We hope you found some inspriation for your next outing as a Stormtrooper. Should you and your friends want to gear up for Halloween in a Stormtrooper costume, or maybe feel nostalgic in Clone Trooper costumes, you can find them all in our shop. May the Force be with you! 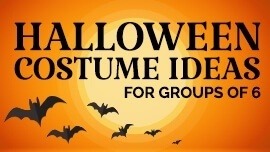