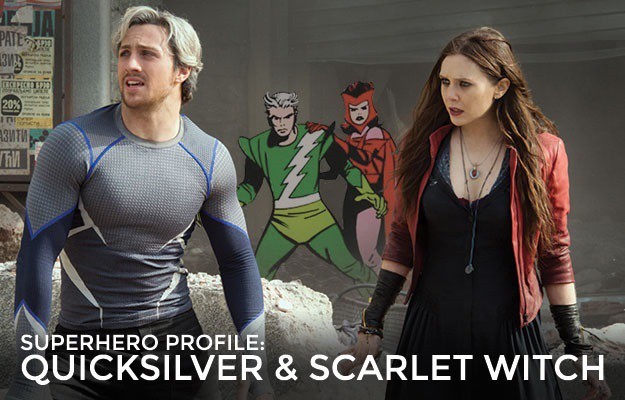 (Note: There are potential spoilers throughout this post — continue at your own risk.) 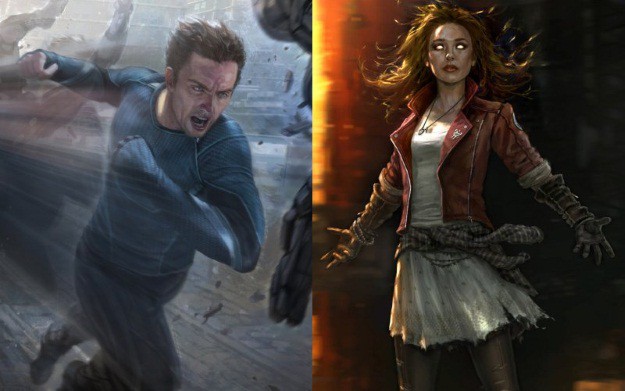 Getting The Scarlet Witch and Quicksilver on the big screen was no easy task. In the comics, the Maximoffs are actually mutants — think X-Men — but, that is not made mention of in the films. Why? Fox owns the rights to the X-Men universe, which includes the name mutant and all the things that go along with it. However, not ONLY are the Maximoff twins mutants, they're also the children of a particularly famous mutant: Magneto. Their powers, as well as their relationships with both the Avengers and newcomer The Vision, make them the perfect addition to the new roster of super-powered beings in the Marvel Cinematic Universe.

Pietro is a speedster, capable of running at speeds well over the speed of sound, even pushing Mach 5. In the comics, Pietro has control over his body at a molecular level, allowing him to use his rapidity for more than just moving fast. He has super-strong leg muscles and an enhanced metabolism. His speed and control over his molecules allow him to pass through solid objects and to become intangible (like a ghost - spooky!). He is even able to think and process information at a supersonic rate. Here's hoping his Quicksilver costume can withstand all that friction!

Master of the mind and magic, Scarlet Witch’s powers are more mysterious than her brother's. In the Marvel Cinematic Universe, it has been shown that she has some sort of telekinetic abilities in addition to shooting energy blasts (pew-pew!). It has also been guessed that in the upcoming film, Wanda will have the ability to project visions into the mind of her enemies and maybe even control minds outright. When you cross that ability with, say, the Hulk, you have a recipe for some Hulk-Smash goodness. See the images below for our thoughts on THAT matter.

POTENTIAL SPOILERS! REMEMBER THOSE SPOILERS WE TALKED ABOUT? THIS IS THEM.
(Please note these are only speculation, but if we turn out to be right, we don’t want to ruin the fun.)

Age of Ultron: Role of the Twins

As of right now, we don’t know much about “The Twins.” They were first featured in the post-credits scene of Captain America: The Winter Solider, under the ever watchful care of HYDRA leader Baron von Strucker. Strucker says something about the “Age of Miracles,” while being all ominous and such. It is implied that Quicksilver and Scarlet Witch received their powers while undergoing HYDRA experimentation.

It seems both Wanda and Pietro are chummy with Ultron in the trailers for Age of Ultron, leading us to believe that Quicksilver and Scarlet Witch will go toe-to-toe with Earth’s Mightiest Heroes before joining their ranks. There is a good chance we’re totally off, though; Director Joss Whedon has a knack for throwing surprises into the mix, even when it seems like the trailers, gossip, and speculation give it all away.

We hope this little background has gotten you even MORE excited for The Avengers: Age of Ultron. While you wait for these last few days to tick by, check out our HUGE selection of Avengers Halloween costumes and gear to get you and your own super-squad suited up for the big premiere.