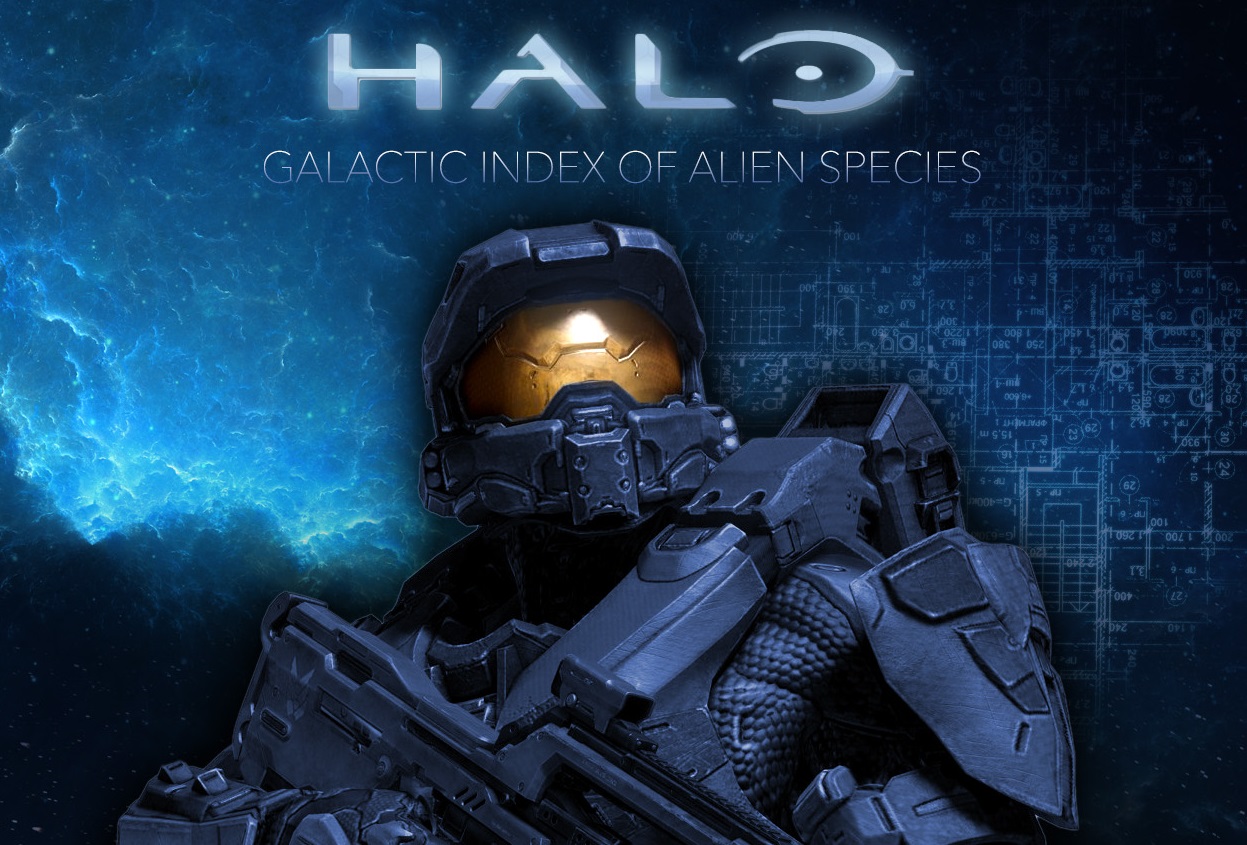 Thirteen years, eleven games, two systems, and one genre-defining universe - Halo is officially a juggernaut of the gaming world. The Halo Franchise took the Xbox from "the new kid on the block," to a console titan. Master Chief has become one of the most iconic characters in the gaming universe, standing shoulder to shoulder with the likes of Mario, Sonic, or Pac-Man.

In addition to the game franchise, Halo launched an entire media landscape. There are novels, comics, web series, television shows, and even a scrapped movie ( whose status seems to change every week). These new forms of media brought a rich and deep universe to life, one which is populated by a diverse cast of creatures who come in all shapes and sizes. We hope you enjoy our chart, an index of all the sentient alien species found in Halo!

Embed This Infographic On Your Site:

The Elites have concentrated solely on military endeavors for a millenium—even before joining the covenant. They are some of the most formidable combatants in the galaxy and should be approached with caution. The Elites comprised the majority of the Covenant's military and military leadership since the beginning. Since the end of Human-Covenant conflicts, the Sangheili are to be considered allies of humanity and the UNSC.

If the Elites are the lightning, the Brutes are the thunder. These massive, savage warriors are the shock troops of the former covenant. During the final days of the Human-Covenant War, they served as the leading warrior caste—replacing the Elites as protectors of the Covenant's leadership. The Brutes prefer action over wisdom, often solving issues—both internal and external—with force. Since the end of hostilities between Humanity and the Covenant races, the Jiralhanae have reverted to their tribal ways.

The lowest of the low in the Covenant Hierarchy, the Unggoy are the physical labor force of the Covenant. Though not nearly as physically imposing as the Elites or the Brutes, the Grunts are valued for their incredibly high birth rate, as well as their tenacity. The Grunts are weak leaders and soldiers and are renowned for their lack of discipline in battle. Should their Elite or Brute leaders fail, they will almost certainly scatter. Since the end of the hostilities between the Covenant and the UNSC, the Grunts have found themselves as laborers for the Elites or continuing their service as warriors to the Brutes.

The Leadership Caste of the Covenant Empire, the Prophets act as the theocratic heads of state. Their prestige comes from their research and interpretation of the Forerunner Artifacts and installations that were discovered across their empire. Their advanced science and technology are responsible for the rapid advancement of the Covenant Empire, including their initial success against the less-advanced UNSC.

The Forerunners created the Huragok as servant-slaves, meant to be mobile centers for repair and enhancement of their super-advanced technology. When the Forerunners passed out of existence, the Engineers were rediscovered by the Covenant and went into tending the vast archive of Forerunner technology recovered by the Covenant. Since the end of hostilities, the Engineers have willingly joined the ranks of the UNSC in order to continue caring for Forerunner tech.

The Yanme'e generally served the Covenant as an aerial maintenance and labor force. While their morphology allows them limited aerial mobility on their home planet, on Earth and other Covenant worlds, the Buggers are capable of full-on flight—including airborne combat. In later parts of the Human-Covenant war, the Yanme'e were found to be excellent ambush units, conducting surprise hit and run type attacks on UNSC military units.

The race that gave us the Halo Arrays, the Forerunners were the "children" of the Precursors—and also responsible for their extinction. Records indicate that Forerunners believed they could be better caretakers to the galaxy than their predecessors, and overthrew them. The conflict with the Flood eventually led to the creation of the superweapons known as Halo to the Covenant. The last-known Forerunner, Ur-Diadect, was killed by one Spartan John-117.

Death incarnate and the most dangerous living being in the galaxy, the flood represents the end of life on an extra-galactic scale. Their singular purpose is the consumption and assimilation of all biomass—living or dead. Evidence has arisen that the Flood is actually a mutation of the race of Precursors, developed as a way of surviving and inflicting revenge on the Forerunners.

The face that protected the galaxy for hundreds of thousands of years, the Precursors are both the savior and the doom of the galaxy. The brought the Forerunners and Humanity to the peak of technological savvy, only to be struck down by the former. The Precursor-Forerunner war saw the end of their golden age, and the creation of the malevolent force known as the Flood.

Want to suit up yourself to combat the Halo aliens? Check out our selection of Halo gear here!  See you out there, Spartan!