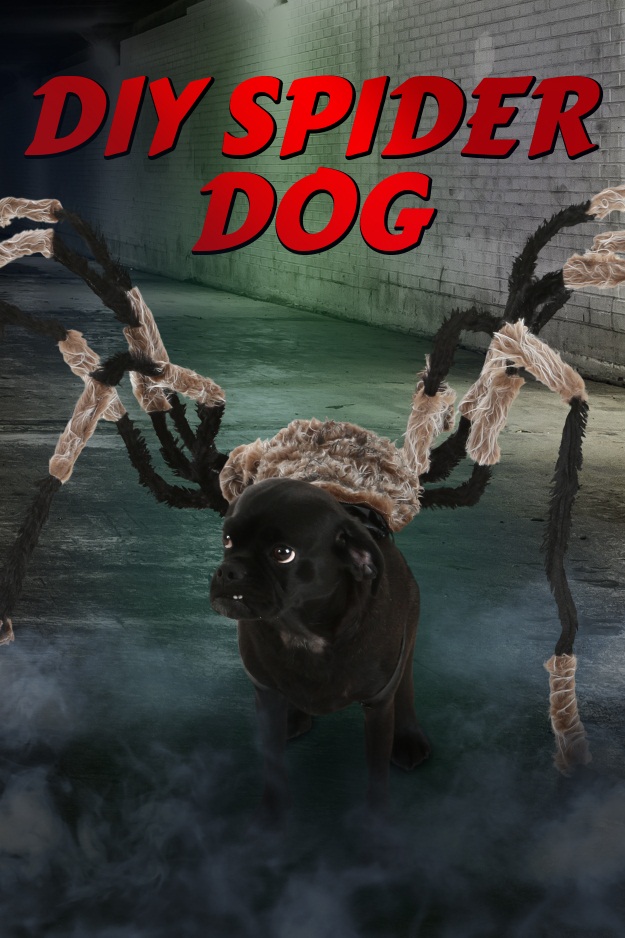 Everyone should be able to get in on the fun for Halloween, especially little puppies! If you're into dog costume ideas DIY, this "spider dog" (or is it "dog spider"?) costume is easy enough to finish in one afternoon but will look realistic enough to scare the pants off all the trick-or-treaters.

It was hard to miss the Spider Dog video when it went viral this September. The prankster, SA Wardega, and his puppy Chica made this video in Poland and the results were pretty funny. Chica was dressed up as a giant, somewhat-realistic arachnid and scuttled around in creepy situations to terrify anyone in her path. Wanna make this costume for your own puppy? We don't blame you! Here's how we did it. 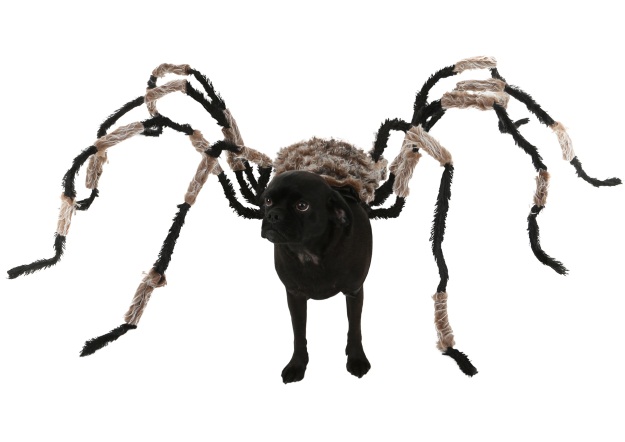 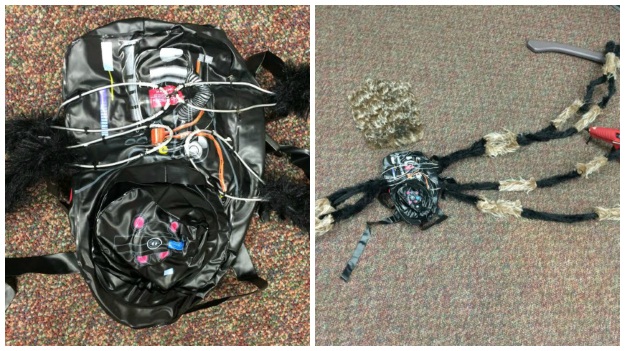 That piece of spider fur on the right looks like a Donald Trump wig. You're fired, Spider Dog!

As we said, this DIY can be completed in an afternoon. (Maybe longer if you have your little doggy running around "helping," but we're not factoring that into the time estimate.) Here are the basic steps.

Step One: Flip the giant spider upside down. Remove all the black material from the bottom and pull the four leg wires out of the base of the spider. They should come out pretty easily!

Step Two: Sew each of the four leg bases onto the top of your little canine backpack. This part isn't rocket science. As you can see by the first picture in the collage above, we weren't too concerned about perfect placement. Stitch each wire base down in at least four spots each. We sewed through all the layers of the backpack; it was easiest that way.

Step Three: Rip off the fur from the top of the spider and cut to fit the backpack. Hot glue it on, on top of the leg bases and everything.

Step Four: Shape the legs to look spidery. We recommend doing this before you put the costume on your dog. We're guessing most dogs will not want to sit still while wearing a giant spider costume. 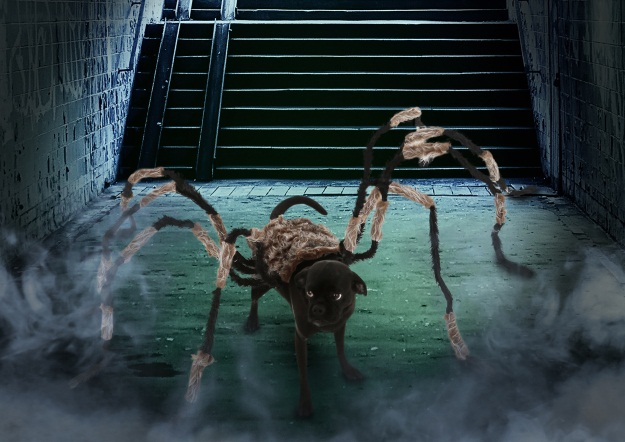 Is it bad that we wouldn't mind crossing paths with this lil buddy in a dark alley? She's a good girl!

The Spider Dog looks like a ferocious and deadly beast - the perfect accessory to walk alongside you while you're out and about on Halloween night. A fun piece of advice: dress your puppy like this year-round, too. Because, seriously, this is really cute. And, finally, the picture above inspired this amazing gif that we will share now for your viewing pleasure: 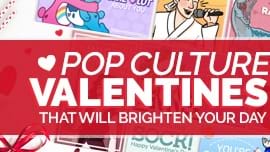