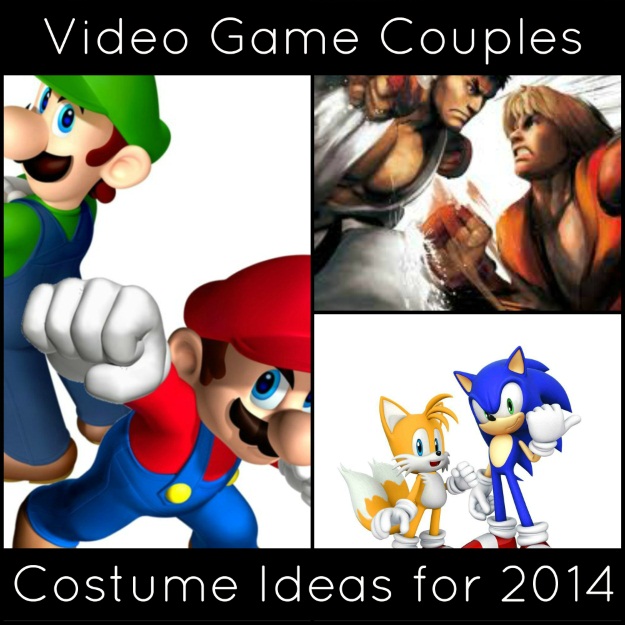 [ sources clockwise from left : one I  two I three ]

In this installment of 2014 couples costume ideas, we will focus on five costume pairs for the video game lovers out there. Picking a gaming costume can be tricky because you want to find a costume that is recognizable, but at the same time cool enough to set you apart from the rest of the crowd. Since Ultra Street Fighter IV was recently released, we thought highlighting a famous Street Fighter duo appropo. Let’s start this off with a bang…or shall we say, a hadouken? Round one…FIGHT! 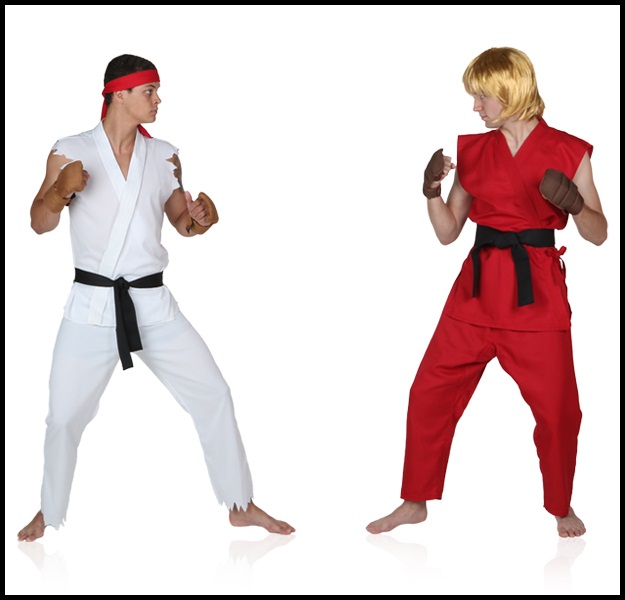 Ryu has been battling alongside (and against) his friend Ken Masters since 1987, when Street Fighter first came out. They both spend their days participating in the ultimate street fight tournament, with hopes of being recognized as the strongest fighter. These karate champs work so well as a Halloween costume duo because of their distinct contrasts in both personality and uniform color. Plus, they have a great love/hate relationship. Best friends that constantly fight each other? If you have a friend that fits the bill, consider these costumes! 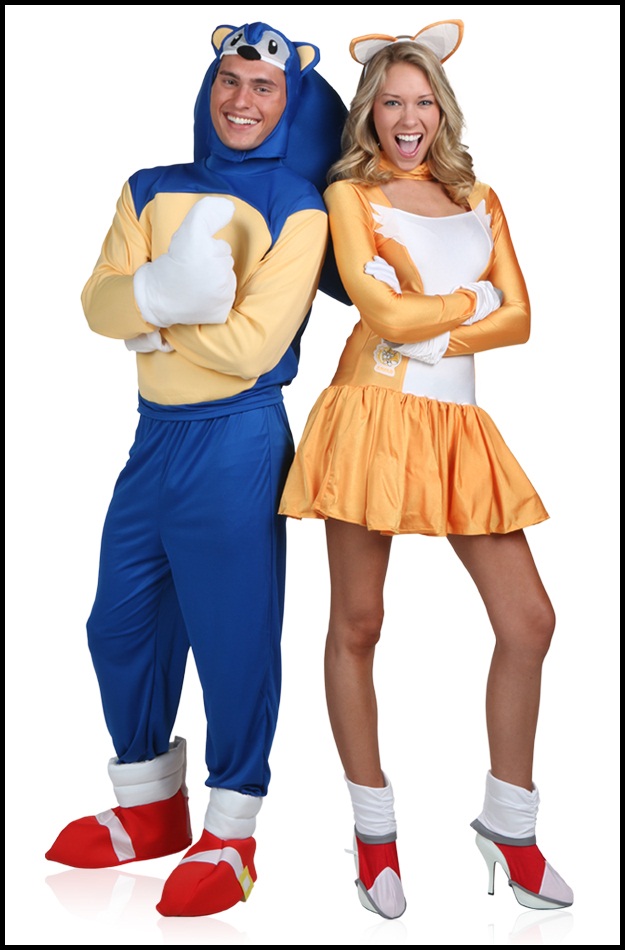 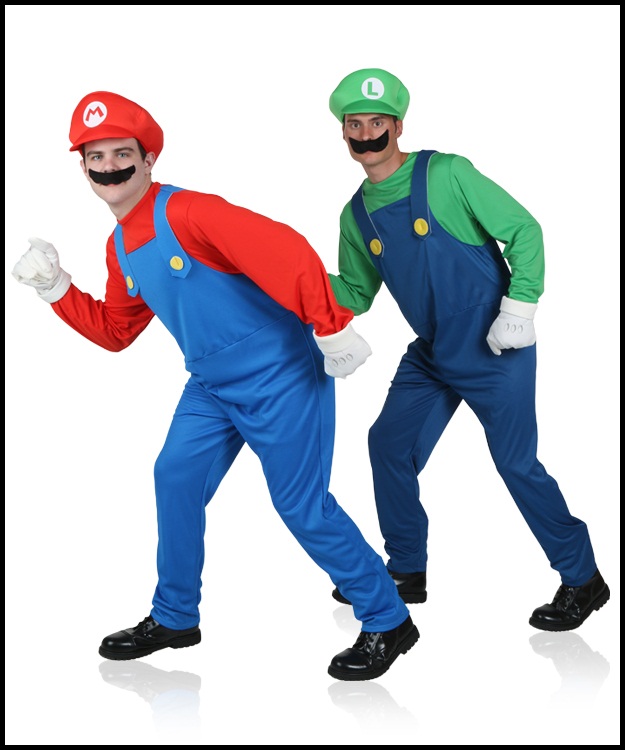 You can’t have a video game couples costumes list without including Mario and Luigi! These two brothers have been jumping into pipes, smashing goombas, and saving the princess for 31 years now! This is a perfect costume choice for best buddies and significant others alike. We even have sexy versions! 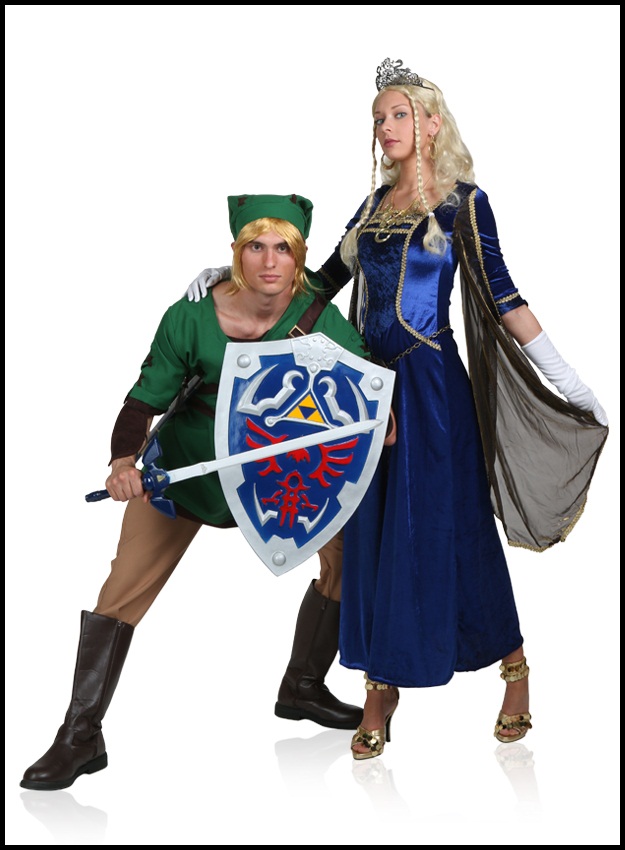 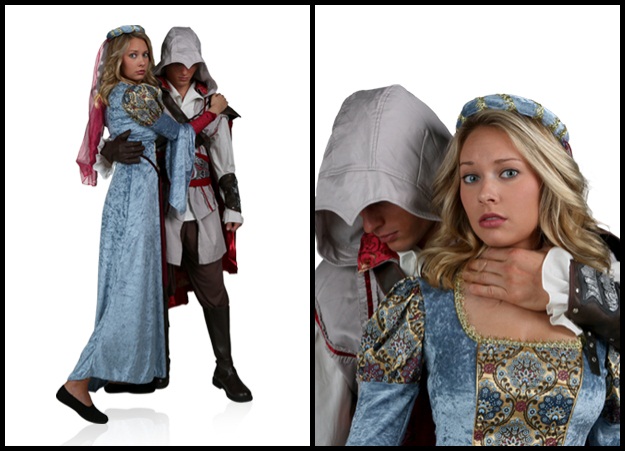 There you have it, folks! If you’re looking to base your costume on video game characters, take a suggestion from us and pick one of these classic couples and duos. We carry loads of sizes and styles for each character, so you will certainly be able to find your perfect fit. You’ll be guaranteed to get a few nods of appreciation from fellow gamers, as you proudly show your love for some of the most iconic video game couples from the digital realm.