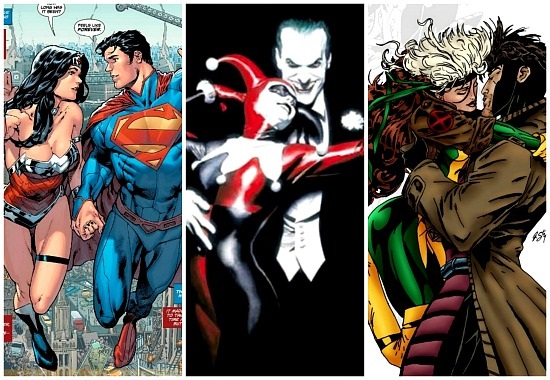 Have you tried coordinating costumes with a loved one? Depending on the interests of the couple, dressing up together can be a bit challenging. It’s amazing how tricky it can be to find similar costume interests between two people who are so close. Fear not! We’re here to help with couples costume ideas for 2014.

Superheroes are typically a safe common ground. Most people can identify with at least one hero and heroes have some of the most passionate and fun relationships. Here is a list of several fun superhero themed couples costumes to coincide with the numerous comic inspired films recently released in theaters. 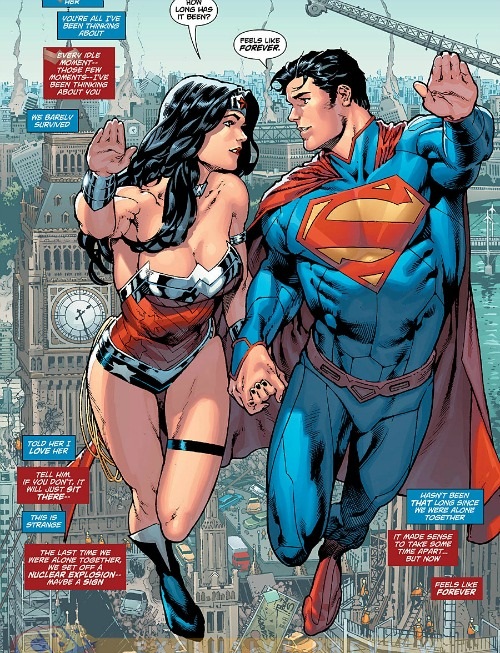 Superman is a household name. Kal-El, his Kryptonian name, is one of the most likeable superheroes on the planet. Superman has a brilliant intellect, immeasurable super-strength, is nearly invincible, and quite dashing to boot. No one should have a problem stepping into Superman’s boots for a night.

Wonder Woman has been doling out justice while simultaneously becoming an icon for equality since the 1940’s. She puts the power in girl power and sweeps Superman off his feet. Wonder Woman might not be the most well-known woman in Superman’s life, as Lois Lane gets that nod, but these two superheroes were destined to fall for each other. Some comic fans were upset when the Amazonian and Superman finally became more than colleagues but this pair makes so much sense that it’s hard to stay mad. If you're looking for help with the Wonder Woman look, check out our great makeup tutorial: 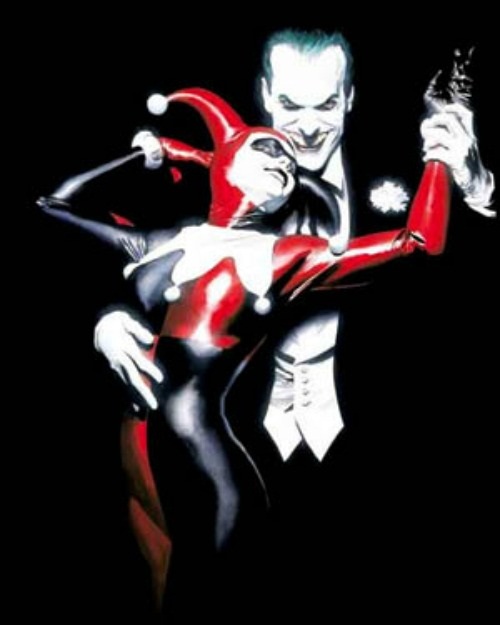 For those who prefer the darker side, look no further than Joker and his overly attached girlfriend, Harley Quinn. Joker is one of the most entertaining villains in the history of comics. With timeless portrayals by Jack Nicholson and Heath Ledger, and a slew of comic versions to choose from, you have lots of room for customization here. This costume gives the wearer license to behave psychotically and drop all kinds of jokes both good and bad. A favorite of ours is the acid flower. A little corny, but hey it’s Joker! Just don’t use real acid.

When an intelligent psychiatrist working at Arkham Asylum developed a fascination for the Joker, Harley Quinn was born. Batman returned a roughed up Joker to the asylum causing Dr. Harleen Frances Quinzel to lose her marbles. She became lethal, psychotic, and adopted an outfit befitting her new persona’s name, the harlequin jester. Her style has changed over the years, so Harley Quinn costumes can be cute and innocent or sexy and crazy. Take a look at this professional make-up tutorial our friend Katie Alves created for us: 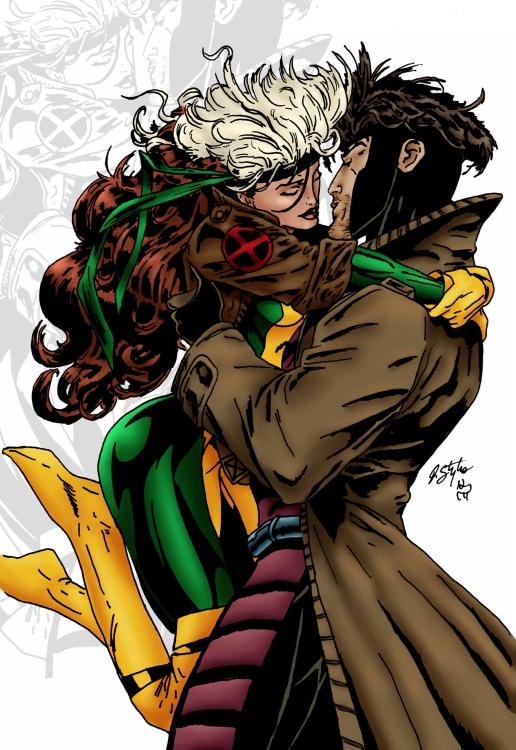 This is tragic romance at its best. Gambit is a smooth talking, Cajun charmer with a seedy past. Controlling and manipulating potential and kinetic energy is what he does best. The Ragin Cajun carries playing cards and a bo which he uses with startling precision. Remy LeBeau is the bad boy that doesn’t like to follow rules and this has made him widely popular. Rumor has it Gambit will be X-Men: Apocalypse the next X-Men movie.

Rogue is a southern belle from Mississippi and a powerful mutant. This is partially due to Rogue’s dangerous ability to absorb other people's powers. Well known for the streak of white in her hair, Rogue sports a green and yellow uniform with a leather jacket. Both Rogue and Gambit are down-to-earth mutants. They both speak with accents, and come from humble beginnings. You could classify them as working class mutants, which adds to their appeal. Their relationship has been on and off again for a long time. Rogue and Gambit both love each other but the two never seem to get on the same page. You’ll definitely stand out as these two, especially if you wear red contacts to match Gambit’s intimidating black and red eyes. 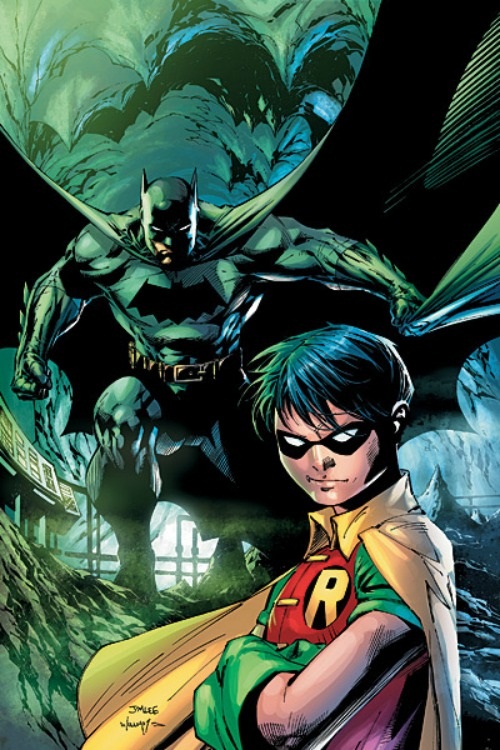 The dynamic duo makes for a perfect couples costume. The Caped Crusader and the Boy Wonder just fit well together. Batman is a billionaire playboy by day, but when he sports his cowl he’s transformed into the brutal vigilante Batman. The batsuit and logo are iconic and there are numerous versions to choose from, including a new style that will be featured in the upcoming Batman vs. Superman movie.

Robin has also seen his fair share of costume designs. His traditional red green and yellow outfit is one of the most identifiable costumes in the superhero universe. With so many iterations of The Boy Wonder, you won’t have any trouble customizing it to your liking. You might be thinking that Batman and Robin were never technically a couple, but they are two very close friends and they make a great team. That's all that matters when creating a great couples costume.

Catwoman also makes for a good couples costume alongside Batman. Batman and Catwoman have been in a love hate relationship for a while so choosing this couples costume would be a great excuse to practice your witty banter. Besides, is there a better combo than leather and spandex? 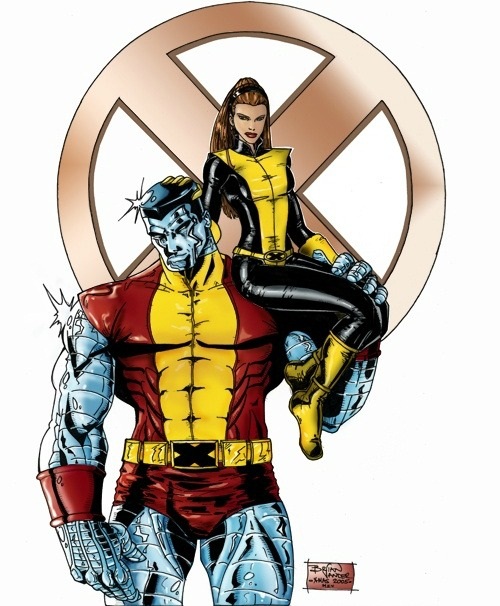 These two are one of the more well-known couples in the comic-verse. Piotr Rasputin is a gentle and shy man from Russia. He has the ability to turn his entire body into an unknown composition of organic steel and is the resident strong guy for the X-men. Colossus can be awesome to wear because if you want to go all out, you could do some cool body paint effects! Even if you don’t think you have the physique for it, it doesn’t matter - just draw on those sculpted muscles. It worked in 300, right?

Kitty Pryde, codenamed Shadowcat, was originally the youngest member of X-men. She’s since been aged and stands strong as an important member of the mutant team now. Kitty possesses the uncanny ability to manipulate her atomic particles and phase through objects. Not only that, but Kitty’s also a tech genius.

In true comic relationship fashion, Colossus and Kitty Pryde’s time together has been rocky. The age difference got in the way for a while and Colossus died at one point. The pair even tried a long distance relationship. The couple has been on hiatus for a while now, but a lot of fans are still rooting for team "Pitty" to finally have a good relationship. They certainly will turn heads among other superhero couple costumes!

Wolverine and Colossus make for a great couple idea too. The two haven’t always seen eye to eye, but they work well together as seen by the often used fastball special.